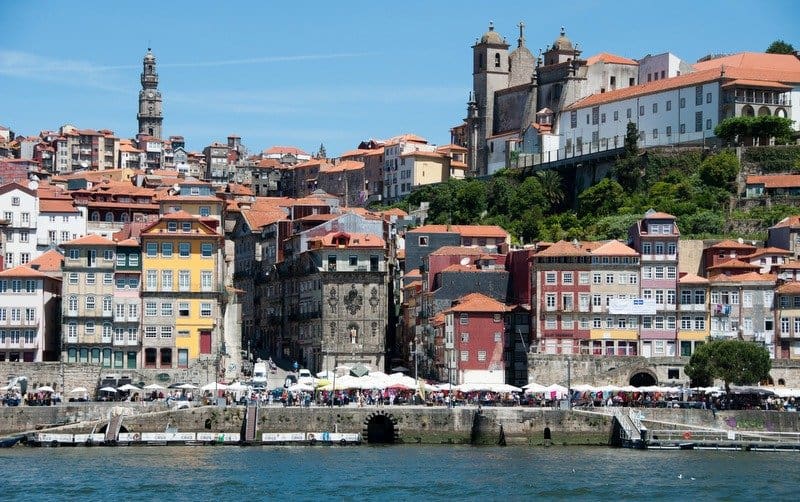 Porto and the Ribeira

No doubt about it, Porto is one of Europe’s prettiest cities. Resting on the river Douro, it’s straddled by no less than six bridges and is dotted with ornate Baroque churches and bell towers. Buildings are decorated in beautiful blue and white azelejo tiles and painted in shades of daffodil yellow and ox-blood red. And, of course, it’s the place where Port wine was invented. Let me take you on a walk through medieval alleyways, high bridges and along the Ribeira on a Porto photo tour of this colourful city.

If you’ve read my take on Lisbon you’ll know that, despite some of the lovely things to see and do, I wasn’t entirely enamoured by the city. That might be because we headed directly from Lisbon to Porto by train and I was immediately captivated by Portugal’s smaller, charming second city. Here’s why… 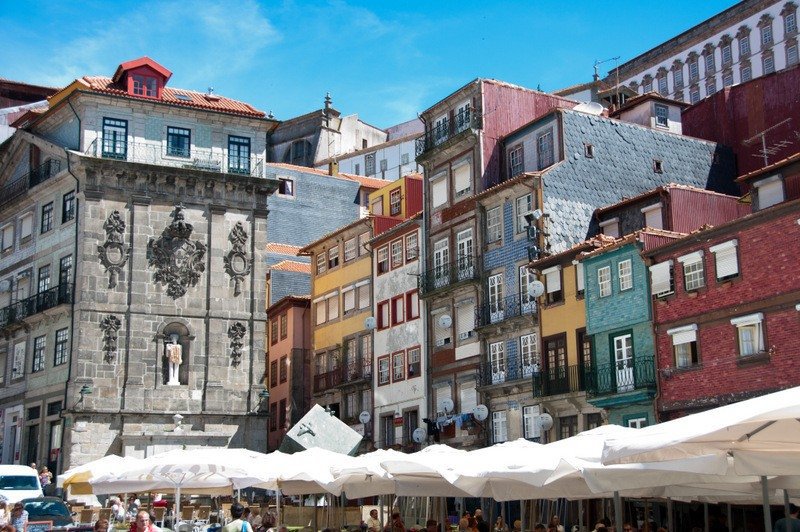 Our Porto hotel, Hotel Carris Porto Ribeira, was just a step from Praça da Ribeira, the square by the river Douro. The square is filled with cafes, bars and restaurants, some located under the ancient arches. It’s the perfect place to sit and while away an hour with a cold beer, take in the views of the Douro River and watch the world go by. Turn left and there are market stalls along the Ribeira selling souvenirs, hats and handicrafts. The stall holders are not at all pushy, nothing puts me off more, so I could browse without being hassled. 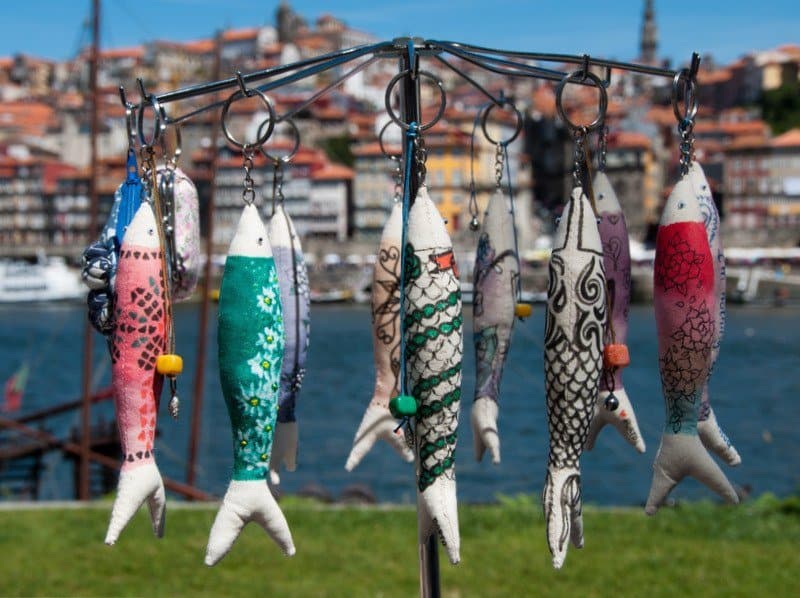 Continue on towards Dom Luis I Bridge for some of the best views of Porto. Back in 1886 when the bridge was completed it was the longest metal arched bridge in the world but nowadays doesn’t even make the top 50.  There are two levels of walkways across the bridge – take the top one for the best views down the Douro river. 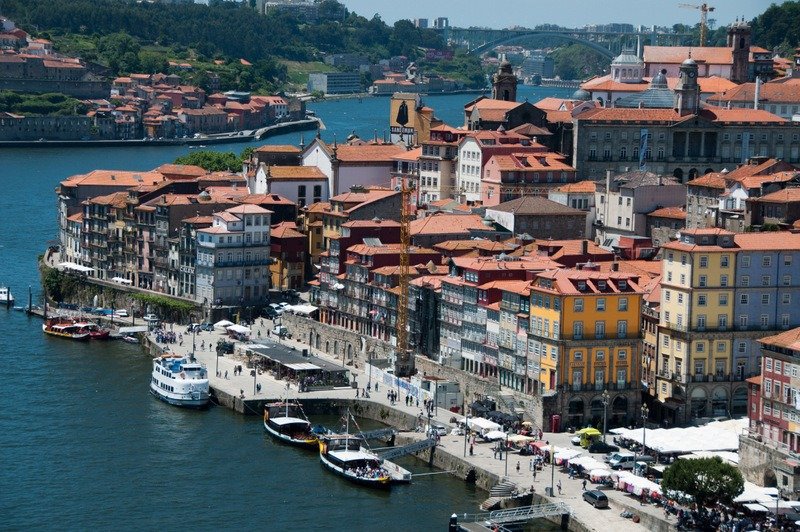 Porto from Luis I Bridge

When you get to the other side look back for a great view of the bridge sideways-on and the terracotta roof tops. Close by are the Port Caves of Vila Nova de Gaia. It’s worth stopping at one of the Port houses for a tasting session and we chose Graham’s, which was recommended by a friend, about a 50 minute walk from the bridge. There are dozens of others just 10-20 minutes from here so you don’t need to walk too far if you don’t want to. More about our visit to Graham’s Port House to come. 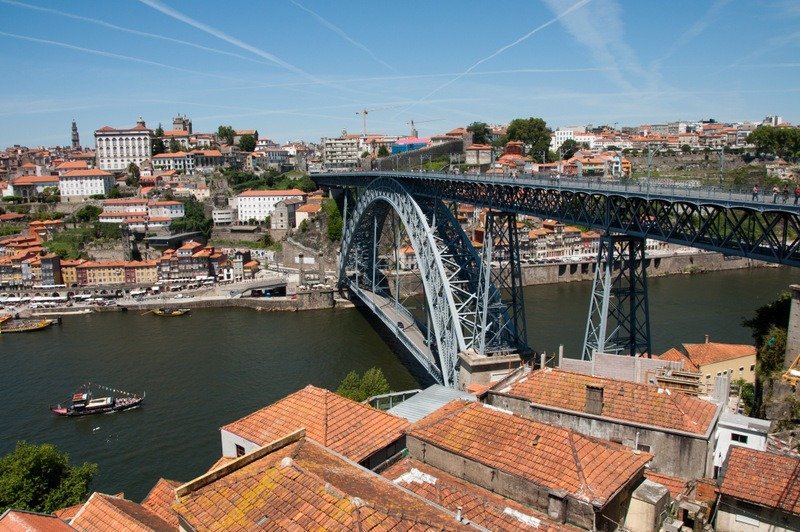 Again there are many bars, cafes and restaurants along the waterside of Vila Nova de Gaia but we’re here for the view today. If you head over to this side of the river in the morning the sun will be shining over the water onto the Ribeira accentuating the brightly coloured buildings and glinting off the tiled walls. 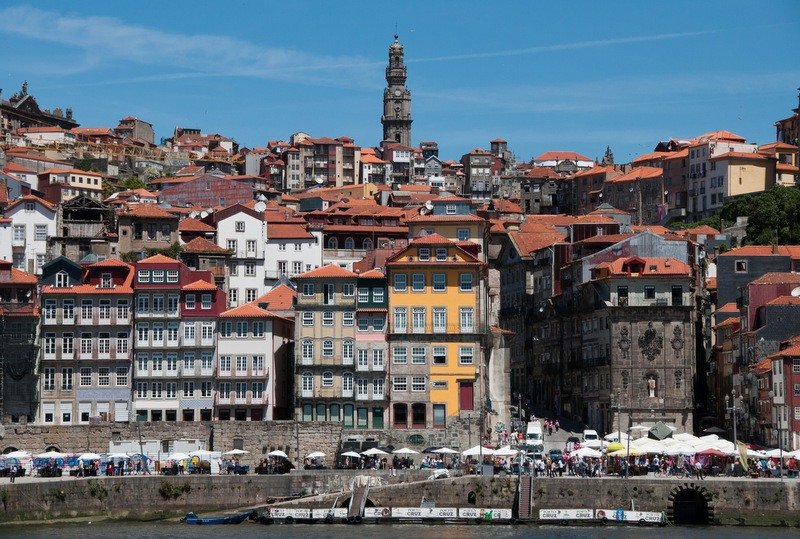 After a drink at one of the water-side cafes head back over the bridge – you could take the lower walkway to get a different perspective – and retrace your steps to Praça da Ribeira.  Pass in front of the Pestana Porto Hotel – it’s the bright yellow building on the corner of the square – you can’t miss it. 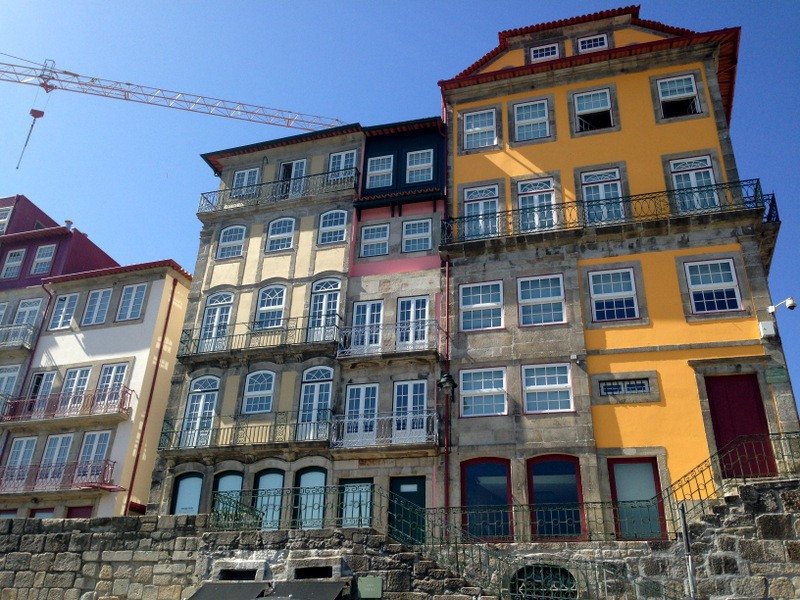 This area is where the tour boats leave for river cruises up and down the Douro but that’s for another time so we’ll carry on until the quay narrows into a pathway. There are lovely views of the river and the port houses over the River at Vila Nova de Gaia.  Before you round the bend look back for a glimpse of the Dom Luis I Bridge and the old monastery above it. 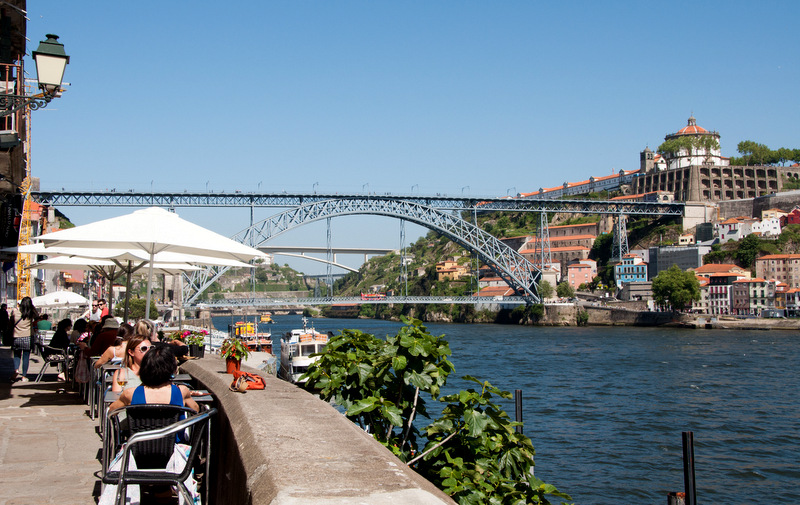 At the end of the path you can retrace your steps along the Ribeiro or turn right and explore the squares, streets and lanes which lead up the hill. Amongst them is a pretty pedestrian street which leads to Sao Bento Station. I’ll leave you with some images from this area to finish off our photo tour of Porto. Sao Bento Station I’ll leave for another post as it’s worthy of one all to itself! 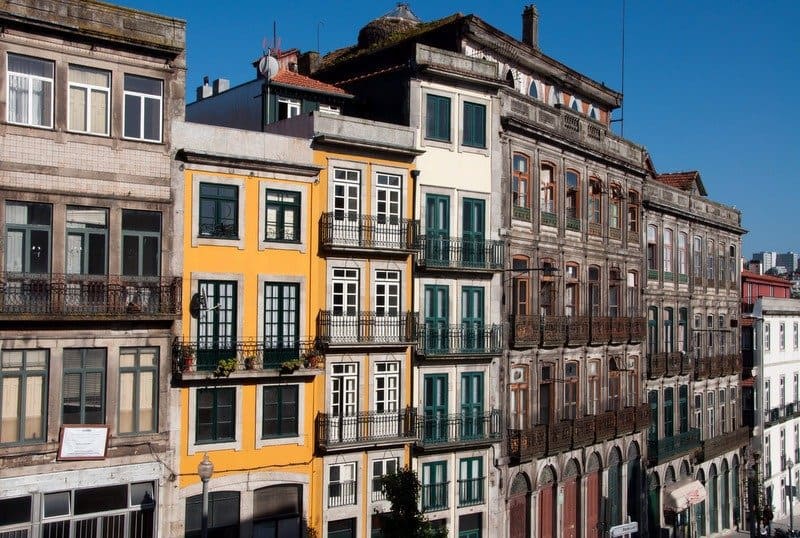 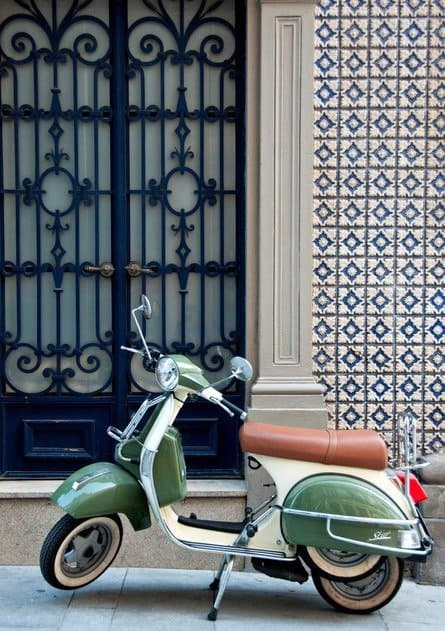 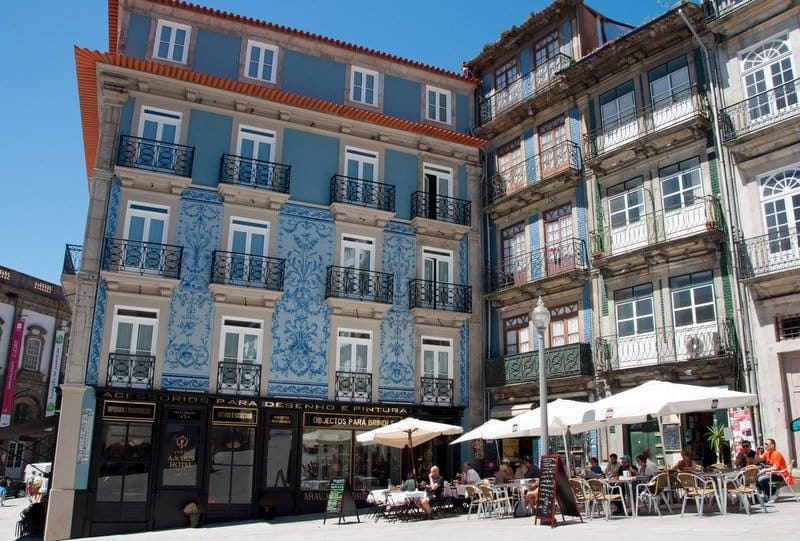 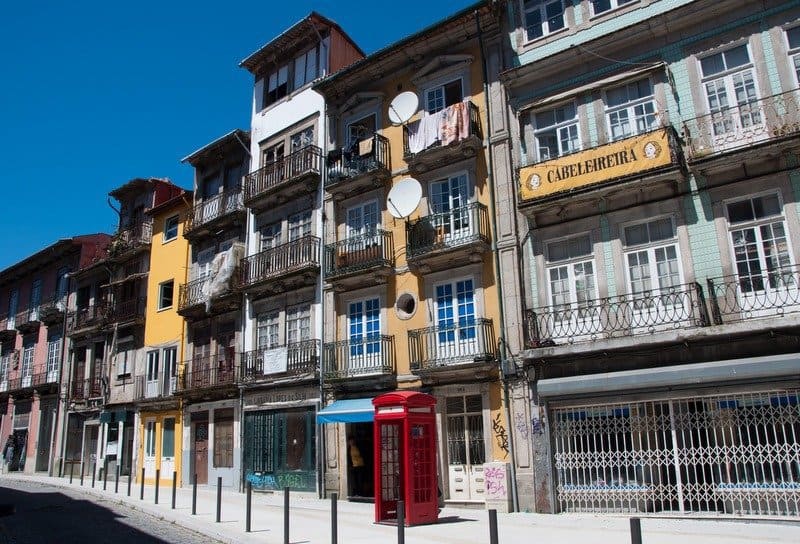 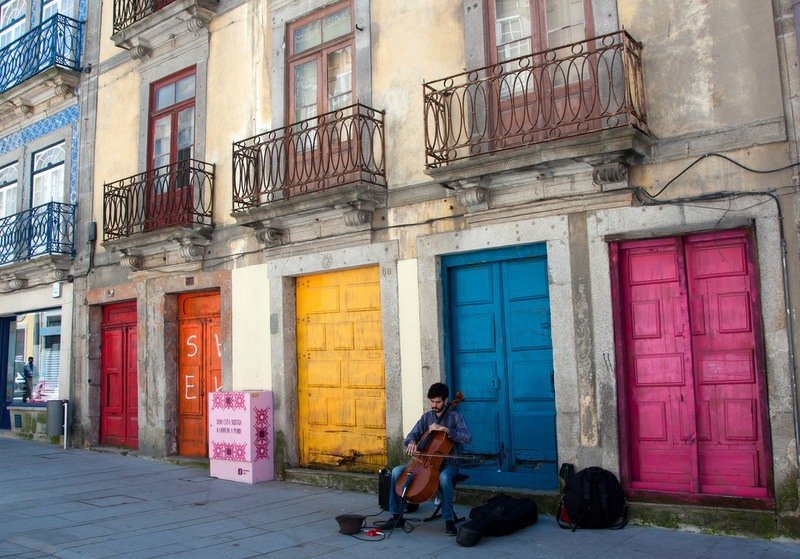 Busker by a blue door 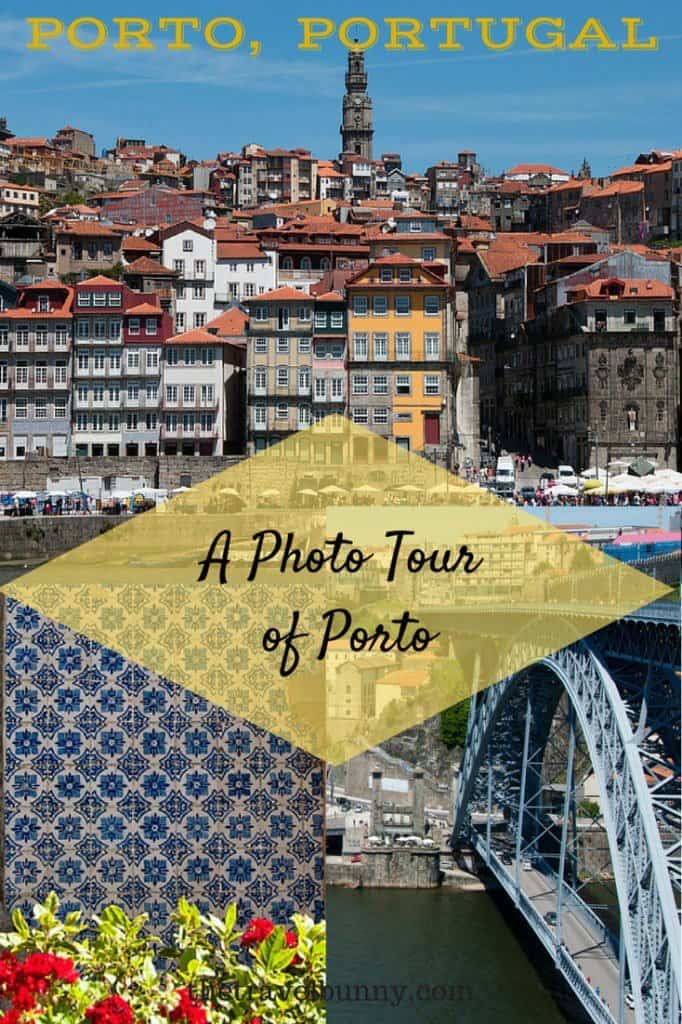 Have you been to Porto and Lisbon – which city did you prefer?

Booked a flight to Porto after reading your blog! Do you recommend your hotel? Was breakfast included? Just wondering if my husband and I should get a hotel with a nice view or if we would even care about that because we will be out the whole time we're there. Thanks!

Breakfast was included and I'd definitely recommend it. We didn't have a view - just of the street. The Yateman over the river has fab views but also 5 star prices! Hope you enjoy Porto as much as we did. Let me know!

What to See and Do in Porto | The Travelbunny

[…] Jean gave some fantastic tips on photographing and interacting with wildlife, Suzanne had me longing to visit Porto with her photo tour whilst Emma visited the Hotel California. Closer […]

A Visit to Graham's Port Cellar, Porto | The Travelbunny

[…] appeared to be the farthest cellar away and at the top of a steep hill! We set off on foot from Porto’s pretty Ribeiro over the Dom Luis Bridge and over an hour later we arrived at W&J Graham’s cool, white lodge. […]