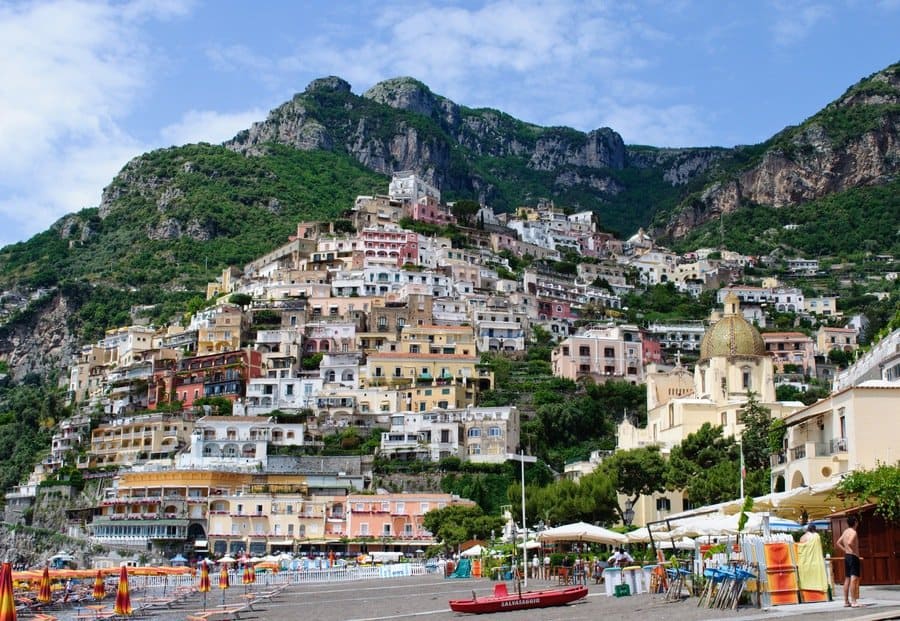 A guide to Alta Badia ski resort in the beautiful Italian Dolomites. Where to stay, where to ski and what activities to enjoy off the pistes during your ski trip.
Read More

Travel with Taste and Travelsphere Holidays

A day at the BBC Good Food Show with Travelsphere and Penny Smith learning about travel with taste and Travelsphere holidays to the Amalfi Coast and India.
Read More

Rome, the Eternal City, is one of the most beautiful cities in the world. Read on for some practical advice and tips for visiting Rome to help you get the most from your trip.
Read More

Eating like a local on a Rome Food Tour

A culinary and cultural encounter with The Roman Food Tour, or, how I ate my way around the Eternal City on the best Rome food tour ever.
Read More

Italian food and wine holidays with Bookings for You

Italian food and wine holidays with Bookings for You and Palazzo Tronconi. The perfect combination of food, wine and culture on your Italian holiday.
Read More

It's giveaway time on The Travelbunny this week. I've teamed up with publishers Ryland, Peters and Small to offer one lucky reader a copy of Flavours of Sicily cookbook by Ursula Ferrigno.
Read More

An introduction to my Mediterranean cruise with Celebrity Cruises and a taster of the highlights on board and the destinations we visited.
Read More

Italian Coffee Culture – a guide to drinking coffee in Italy

Coffee is a serious past-time in Italy and comes with its own etiquettes and customs. Let’s get to grips with the ground rules of ordering coffee in Italy...
Read More

Recipe for Aperol Spritz the aperitivo that Italians love. How to make the perfect summer drink that I like to call 'sunshine in a glass'.
Read More

How to get from Pisa Centrale Station to the Leaning Tower of Pisa including a handy map. What to see on the way and where to get the best gelato...
Read More

The Leaning Tower of Pisa is the campanile, or free-standing bell tower, of the cathedral of the Italian city of Pisa, famous worldwide for its tipsy tilt to one side.
Read More

Catania’s cafes and bars are the perfect place to indulge in a cup of coffee and a cannolo when the sightseeing begins to take its toll. Chock full of character, charm and the best Sicilian patisserie.
Read More

The cool, calm, quiet of the Consoli kitchen is a complete contrast to the clamour of Catania’s colourful market. The next part of the tour was to immerse ourselves into the flavours, cooking customs and rich history of Sicilian cuisine.
Read More

Catania's Pescheria is an explosion of sights, sounds and smells - bustling and chaotic it's alive with atmosphere which instantly awakens all the senses - and the appetite!
Read More

Food from the Tuscan Table

Tuscan cuisine is food for the soul; intense fresh flavours from a few choice ingredients which have been freshly picked or pulled from the earth. Unpretentious, seasonal and prepared with passion.
Read More

The Hidden Treasures of Tuscany

The Chianti region of Tuscany is renowned for its beautiful rolling landscapes, Tuscan cuisine ...
Read More

Whilst in Tavarnelle Chianti we visited a variety of wine producers delivering exceptional wines. Join me on a mini wine tour of the Tavarnelle area of Chianti.
Read More

Tavarnelle is a municipality in the Chianti region of Tuscany situated in the beautiful ...
Read More

A few hours in Florence, the capital of Tuscany, is such a tease but it was all I had. Just enough time to catch a fleeting glimpse of the city that pays homage to the Renaissance; a living showcase of art, history and architecture but no time to dig deeper or step inside a museum or gallery. Join me on a mini-tour of photogenic Florence.
Read More

Cooking up a Sicilian Feast with Ben Fogle

A recipe for Biscotti and a bit about that time I cooked up a delicious Sicilian feast with the help of Celebrity Cruises ambassador, Ben Fogle.
Read More

Burano is a tiny island just a boat ride away from Venice. Filled with prettily-painted fishermens' houses lining quaint canals it's a riot of colour. Italy's technicolour town.
Read More

Matera in the Basilicata region of southern Italy was once a warren of natural caves where people lived - let me tell you about the secrets of the sassi...
Read More

San Marino might be the smallest Republic in the world but it punches well above its weight when it comes to cool views, castles and quirk. Read on for things to do on a day trip to San Marino.
Read More

While in Modena this September we thought we'd make a pit-stop at Modena's ...
Read More

As I walked the porticoes of Bologna it wasn't long before the quirky knobs and knockers that peered out from the heavy wooden doors caught my eye...
Read More

It was back to school for me this September and not just any old school - I went to the coolest school ever - the Carpigiani Gelato University, Bologna to learn the art of making artisan gelato.
Read More

Things to do in Positano, the picture perfect Amalfi Coast town

Positano is a little fishing village teetering on the cliffs of the Amalfi Coast between Sorrento and Praiano. The houses are built on terraces, precariously stacked upon one another, cascading down the steep cliffs towards the small beach below. A backdrop of verdant covered hills against a cobalt blue sky completes this picture postcard of a town.
Read More

After eating our way through Bologna, the food capital of Italy, Kathryn from Travel with Kat ...
Read More

Tucked up in the hills above Positano is a wonderful, family-run, restaurant with one of the best views in the whole of Italy. The food's pretty fabulous too...
Read More

A drive along the beautiful Costiera Amalfitana (Amalfi Coast) in Italy and how to drive it even if you don't have a car.
Read More

Things to do in Sorrento, Italy

Sorrento is a pretty Italian town with enough to see to keep visitors happy for a day or two. Its also perfectly located for visiting some of Italy's top sights.
Read More

Of the three epithets bestowed upon Bologna; La Dotta – The Learned, La Rossa – The Red and La Grassa – The Fat, it was the latter, fatter moniker that caused me concern. Let me share the foodie delights that Bologna brought to the table.
Read More

One of the things that captivated me about Bologna in Italy was its beautiful porticoes. Over 53 kilometres of pillars and collonades protect the Bolognesi from the elements. Here I take a look at the history and architecture of the city's porticoes.
Read More

The city of Pompeii was buried under 6 metres of ash when Mount Vesuvius furiously erupted on 24th August 79AD. We visited to discover what secrets have been uncovered from the ash...
Read More
This post may contain compensated links. Find more info in my disclaimer.

Wherever I go, I always like to have a guidebook, local phrasebook, and old-school weatherproof map in my backpack.

Get travel tips and updates