A few hours in Florence, the capital of Tuscany, is such a tease. Just enough time to catch a fleeting glimpse of the city that pays homage to the Renaissance. A living showcase of art, history and architecture…

A few hours was all I had before heading on the train to the Chianti area of Tuscany. I was determined to make the most of my time in the city. Join me on a mini-tour of photogenic Florence. 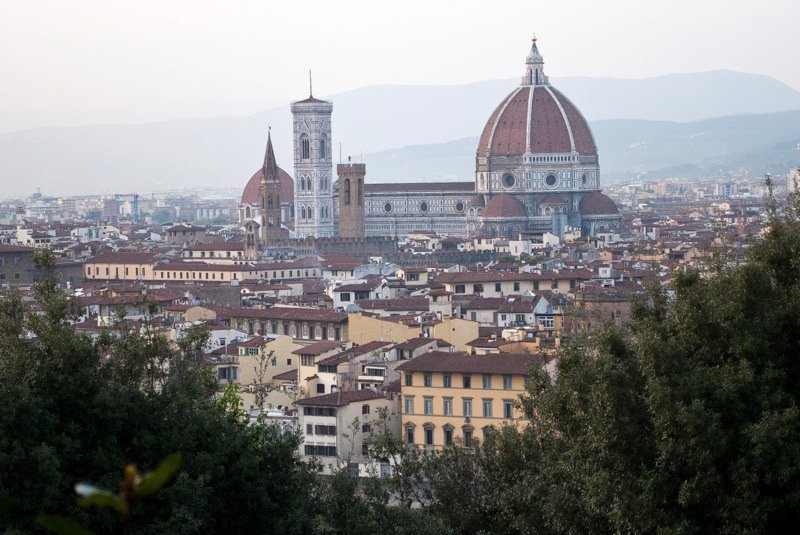 Santa Maria Novella is the only one of Florence’s major churches to possess an original facade.  The square in front was used by Cosimo I for an annual chariot race – The Palio dei Cocchi.  Two obelisks, which each sit on four bronze tortoises, marked the start and the finish of the race. This is just one of many fun facts about Florence. 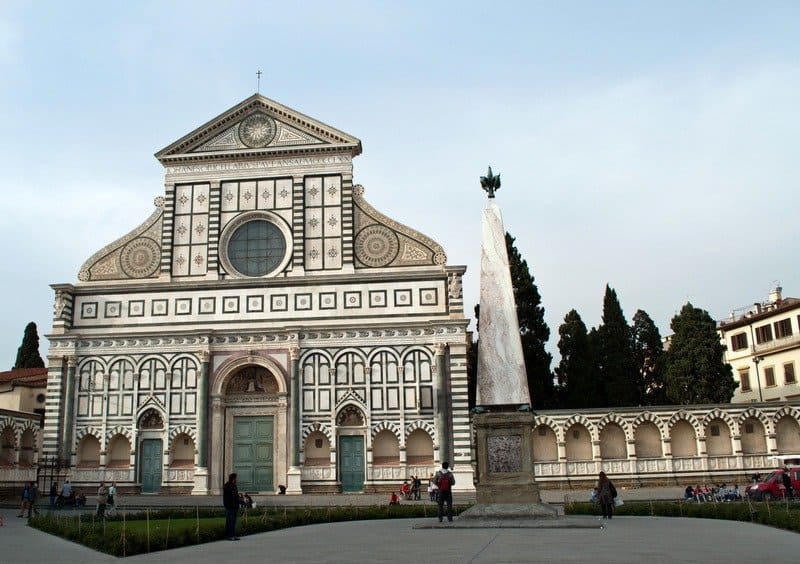 The Basilica di Santa Maria del Fiore, also known as the Duomo, is the city’s main focal point and the dome is symbolic of Florence.  The duomo is the perfect reference point when sightseeing and the top is open to the public for views of the city – an alternative is Giotto’s Bell Tower if you’re happy to climb the 414 steps.  Florence is an extremely walkable city with all the main sights not more than 30 minutes from each other. 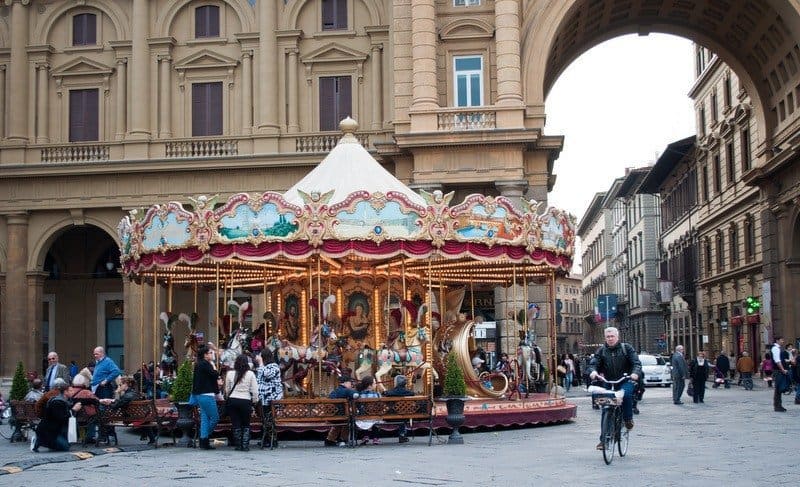 Even the street art in Florence is special… 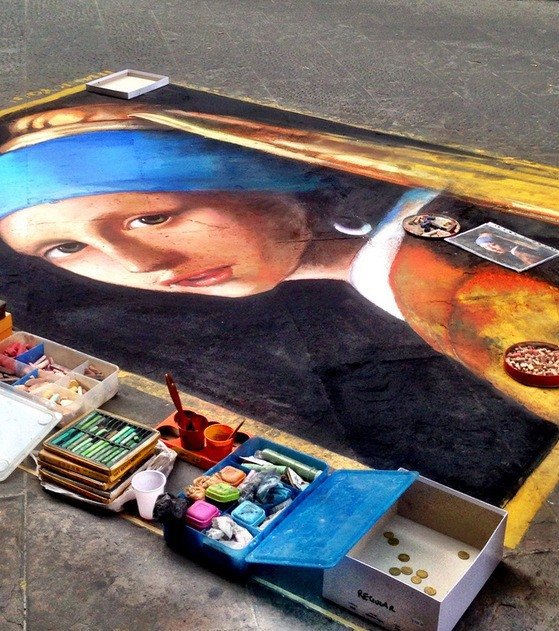 Piazza della Signoria is pretty much an outdoor sculpture gallery and here, amongst the cafes and street life, there’re replicas of the original statues which now reside behind the doors of Florence’s museums.  Michelangelo’s Statue of David is housed in the city’s Galleria dell’Accademia, but there’s a replica outside Palazzo Vecchio in the Piazza if you’re short on time. 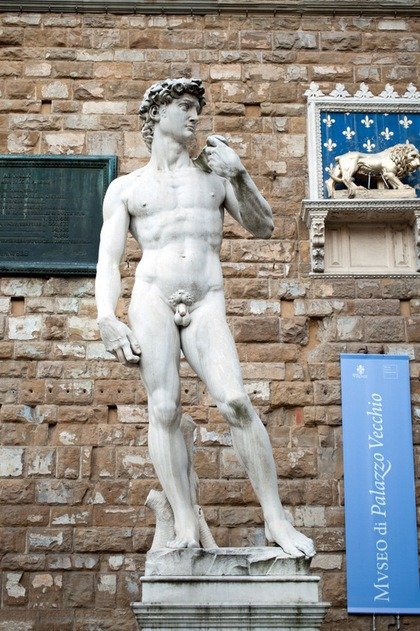 In front of Ammannati’s Neptune fountain is where, in the 1490s, Savonarola held his Bonfire of the Vanities.  Here the Florentines burned their wigs, mirrors, paintings and symbols of decadence, however,  his puritanical endeavours lasted only a few years before he was hanged and burned on the very same spot. 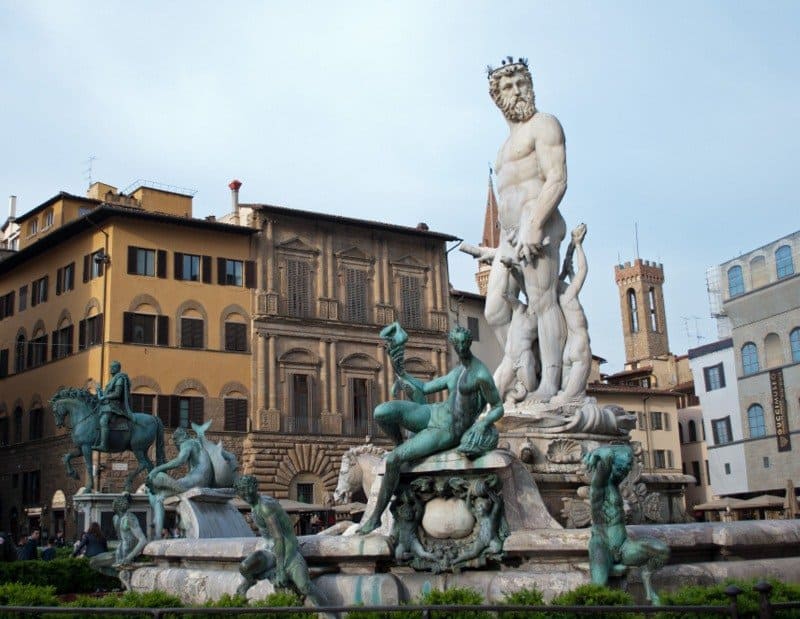 The River Arno and Ponte Vecchio

A few minutes walk from Piazza della Signoria runs the River Arno, the second most important river in central Italy.   Florence’s rowing club The Canottieri has raced on the Arno for over 100 years and I watched some rowers power by as they trained in the warm Spring weather.  In the distance Ponti Vecchio, ‘The Bridge of Gold’ straddles the river.  Dating back to the 900s it’s lined with small shops; goldsmiths, jewellers and souvenir sellers.  Above the shops runs the Corridoio Vasarianoa a passage which was used by the Medici family to travel in privacy from the Uffizi to the Palazzo Pitti on the other side of the Arno. 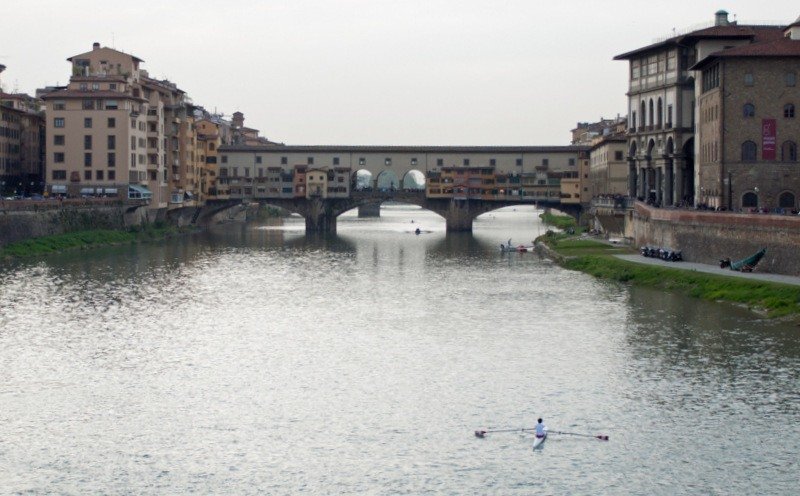 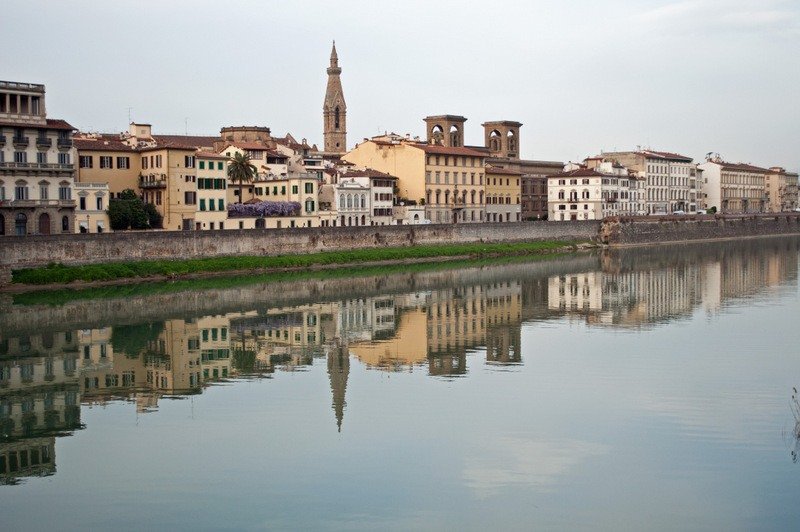 The Best View of Florence

If, like me, you’re a sucker for a city view then cross over the river and head over to Piazzale Michelangelo to watch the sun set over panoramic Florence.  It’ll take a bit of legwork up some winding, narrow lanes and two flights of steps, but it’s worth the effort for the best view of Florence you’ll ever see.  Stay awhile and maybe reward yourself with a gelato as the sun sets and the lights of Florence reflect on the River Arno.

View of Florence from Piazzale Michelangelo

Florence at dusk from Piazzale Michelangelo 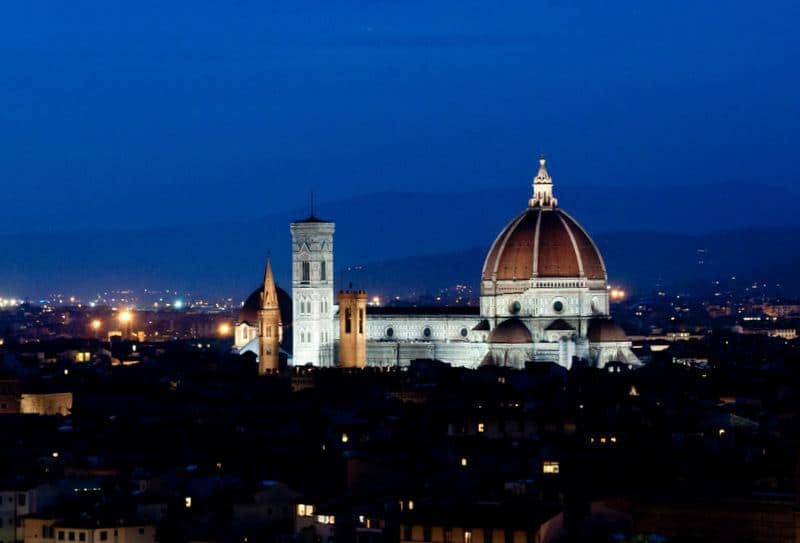 After watching the sun slip away and the lights gradually illuminate the city I headed back down the hill and walked along the south side of the river.   Ponte Vecchio was quiet, the shops shut and the shutters closed.  I found myself a little pizzeria in a side road before heading back to the B&B.  A fast and fleeting view of Florence and one that has me aching to return. 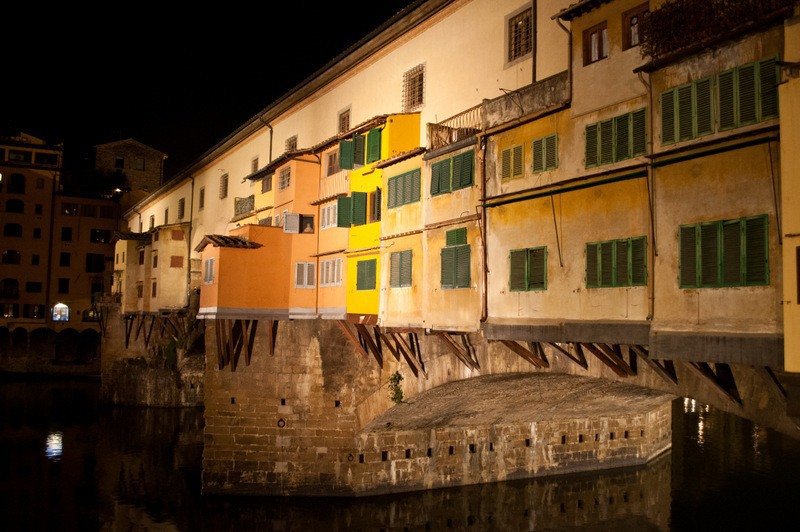 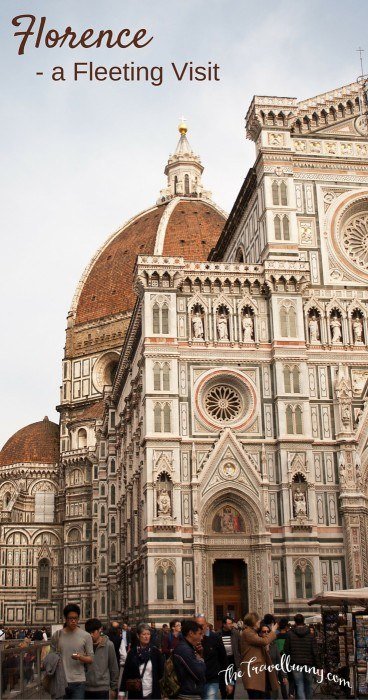 I was hosted in Florence at the delightful  Johanna I B&B and my thanks to them and to Luca for his tips on what not to miss in Florence. 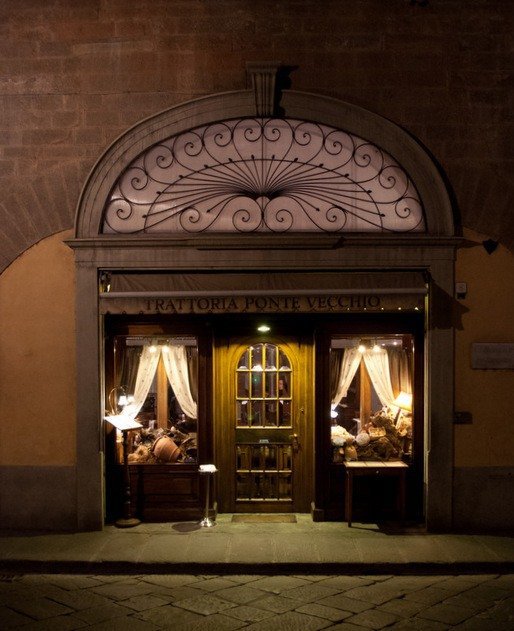 Thanks for this great article about Florence. It makes we want to go there.

I hope you do some time soon!

[…] April a trip to the Chianti region of Italy saw a fleeting visit to Florence, savouring the flavours and wines and searching out the hidden treasures of Tuscany with a stop […]

The Hidden Treasures of Tuscany | The Travelbunny

[…] dome in Florence’s Santa Maria del Fiore cathedral has a ‘Mini-Me’ in the Tuscan countryside. The memorial Chapel of Saint Michael the […]

I am really glad you enjoyed your staying in my city :-) hope to see you again! remember you are always welcome! Elena

Thank you Elena - I'll definitely be back for a longer visit. Hope all's well with you :)