Newcastle is known for many things; it’s seven bridges, fog on the Tyne, brilliant night life and a good measure of industrial heritage and culture. But in recent years Newcastle Gateshead has been nurturing a vibrant food scene. I discovered more about it on ‘A Taste of Newcastle’ food tour with Triple A Food Tours. 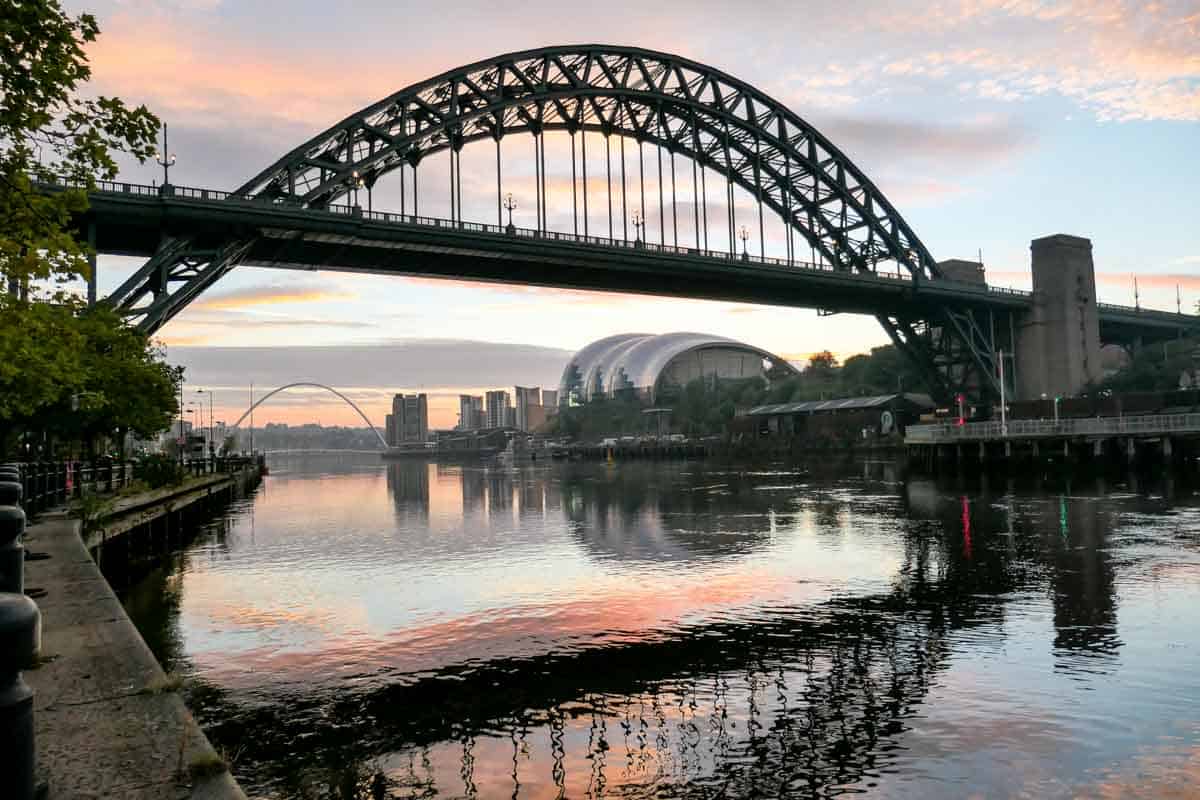 My visit to Newcastle was hosted by the Newcastle Gateshead Initiative, however, all views, opinions and new- found love of a pani puri are entirely my own. This article contains affiliate links which means I may receive a small commission at not extra cost to you. 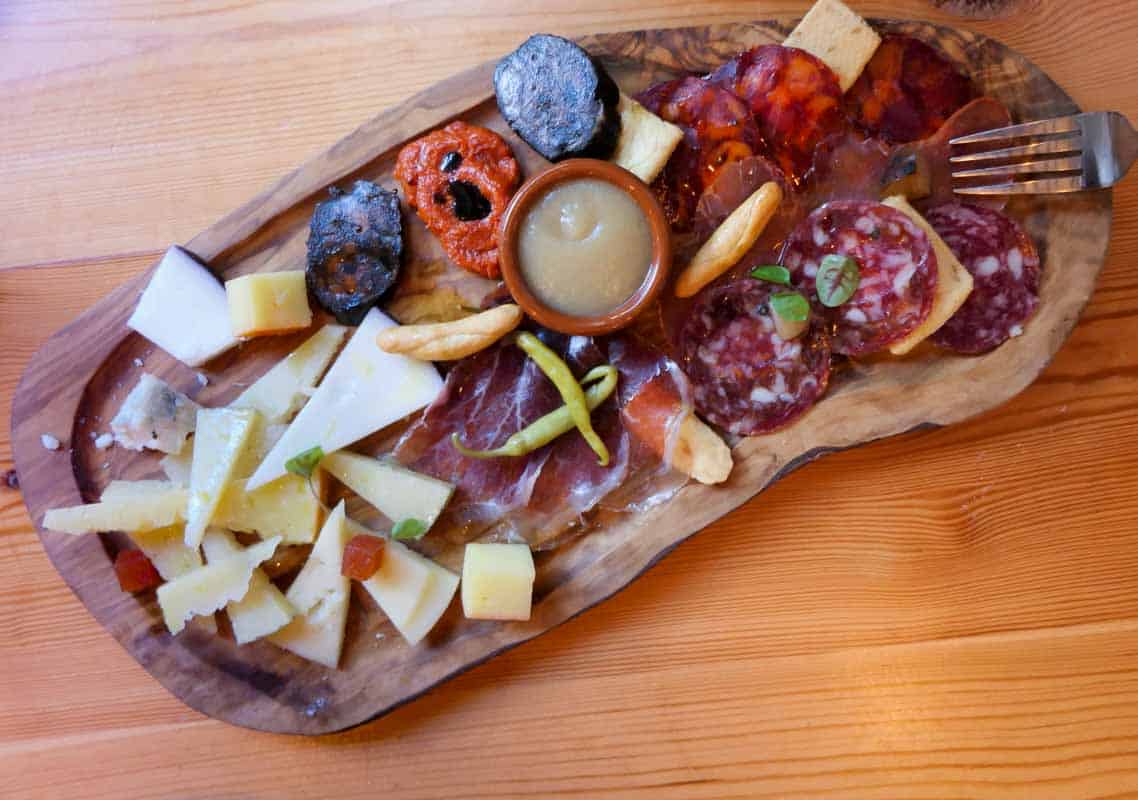 A good food tour is a wonderful way to discover the heart and soul of a city and a few hidden gems besides. It also means you get to try five or six excellent eateries which is a great way to decide on your favourites so you can revisit during the rest of your stay in the city.

A Taste of Newcastle Food Tour 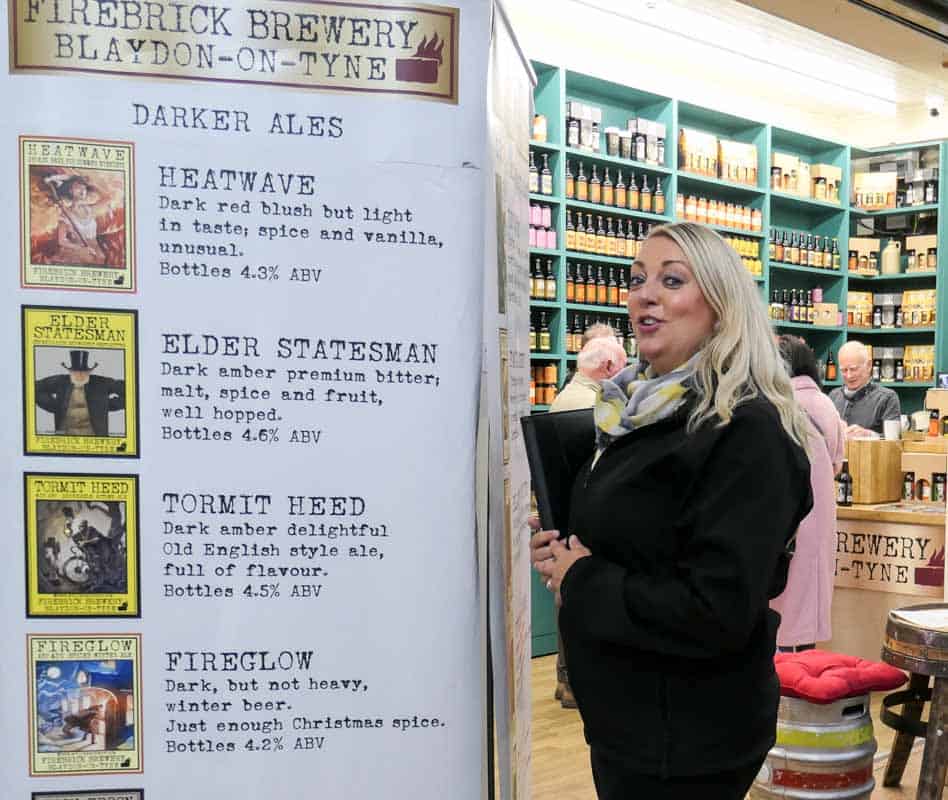 Amy from Triple A Food Tours

Our first foray into Newcastle’s food is with Triple A Food Tours founded by Amy Whitfield, a local lass, who’s passionate about food in the Toon and knows everything there is to know about Newcastle.

We take two Triple A food tours, one on each day of our visit to the city. The first tour ‘A Taste of Newcastle’ lasts around three hours and although the focus is on food, it’s paired with a good serving of history and culture.

After meeting Amy at the Grey Memorial we head for the Grainger Market, just a few minutes away. The market has been open since 1835 and is part of the local history. The original weighing room still exists today. 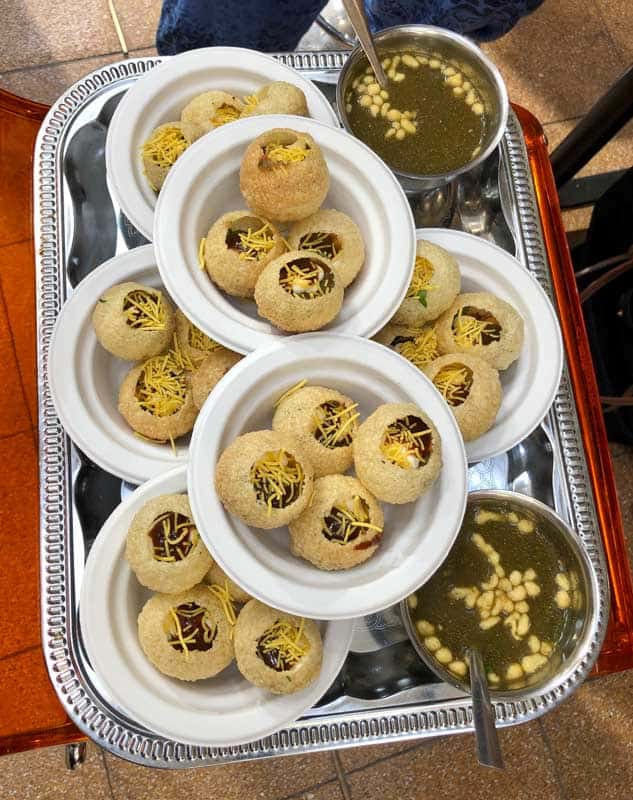 Our first destination is India, namely Snackwallah, a stall serving authentic Indian street food. Ravi, the owner, and his small team recreate vegan food from his boyhood village near Mumbai.

Ravi brings out a tray loaded with his renowned Pani Puri. These crispy bite-sized puris are filled with chaat and are a total taste explosion, spicy and aromatic but not blow your head off hot. I’d intended to pace myself but I couldn’t hold back and ate all three puris… they were that good!

Read about my top 20 fabulous things to do in Newcastle. 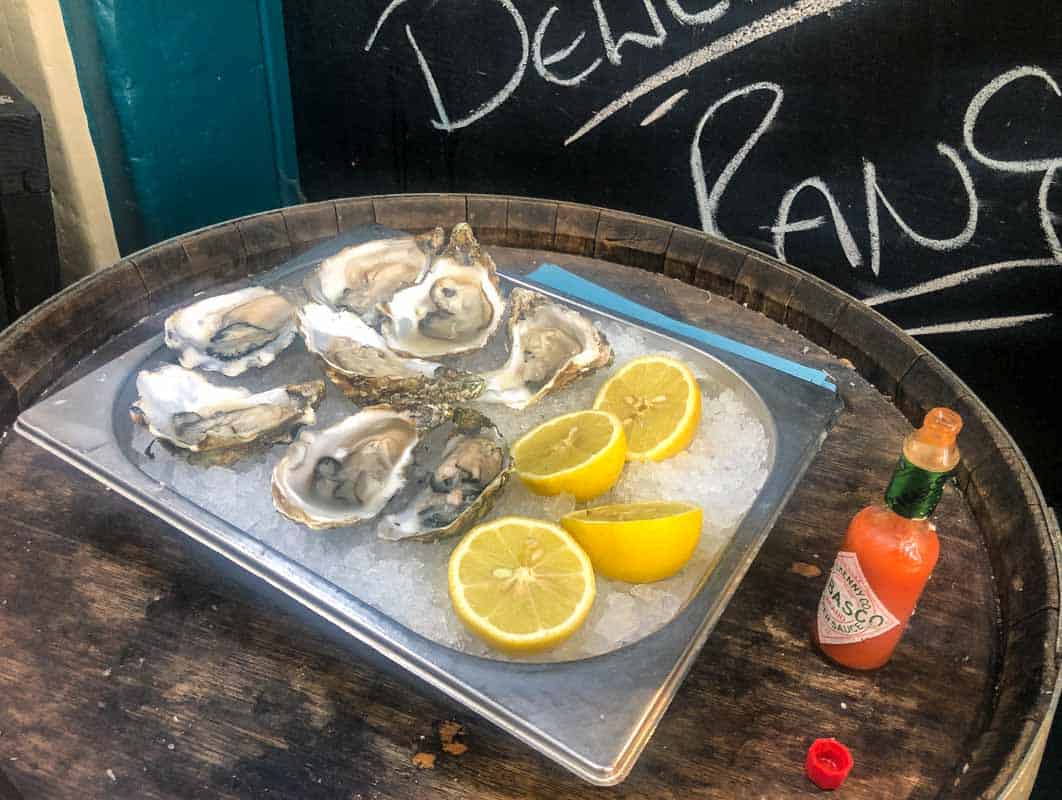 Oysters from Lindisfarne are next on the menu as we visit Lindsay Bros Fishmonger, a family run business, who have been dishing up fish to Newcastle for over 90 years. Served simply, with a squeeze of lemon and a splash of Tabasco, the fresh, plump oysters are sublime with a briny hint. 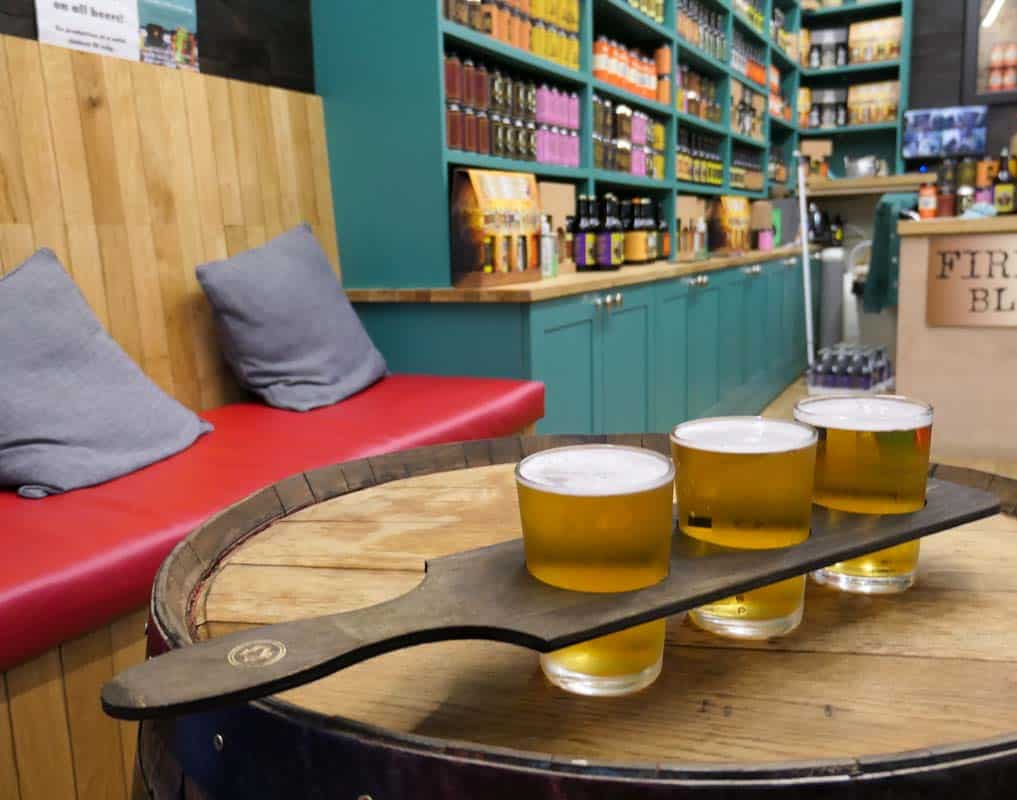 A flight of Newcastle Beer

A brew or three from Firebrick Brewery is our first tipple of the day. We get a good measure of banter to accompany our beer. Firebrick’s beers are themed to reflect the heritage of the area with names like Tyne 9 and Toon Broon. There are 16 beers on offer, including some gluten free, from cask to keg plus bottled and canned.

Under the Firebrick licence, flight samples are available – three glasses of 200ml each give you the chance to try a few different beers before you go all in and buy a four-pint growler to sup at home. I rather liked the Giuseppe and the Gaffa which had a vague hint of orange, hence the play on Jaffa in the name! 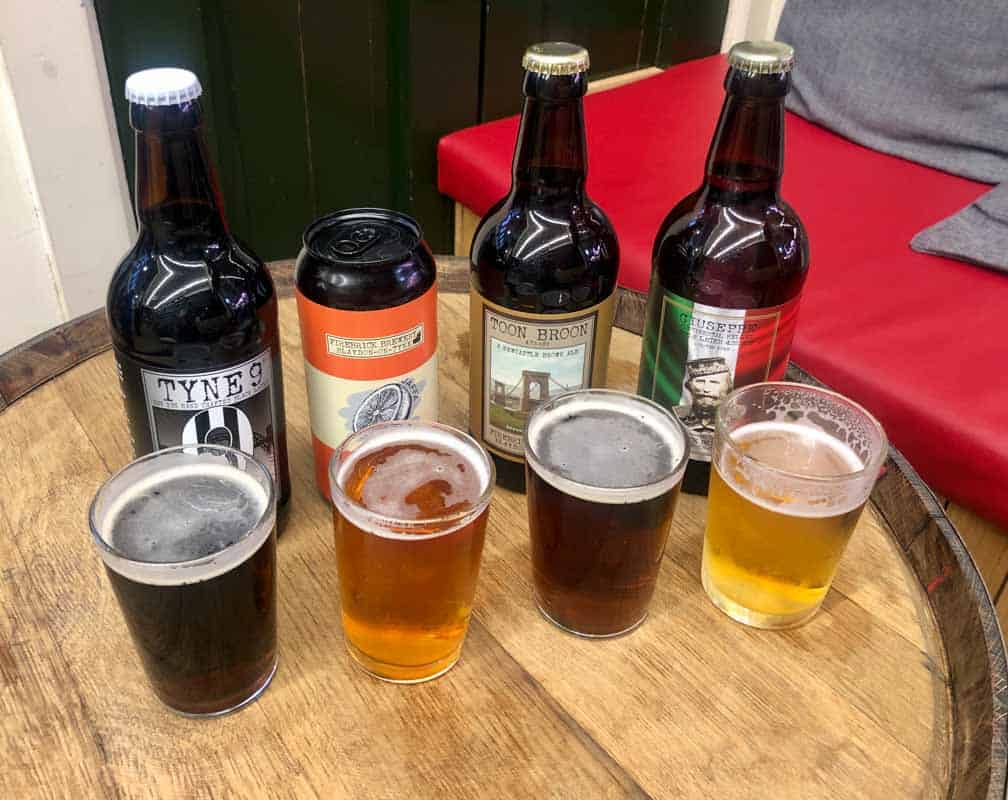 We head out of Grainger Market. As we walk through some ancient Newcastle streets we learn about the history of Blackfriars, a former Dominican friary dating back to the thirteenth century. The friars wore white tunics and black cloaks, hence the name Blackfriars, and it’s believed this is why the Newcastle United strip today is black and white. 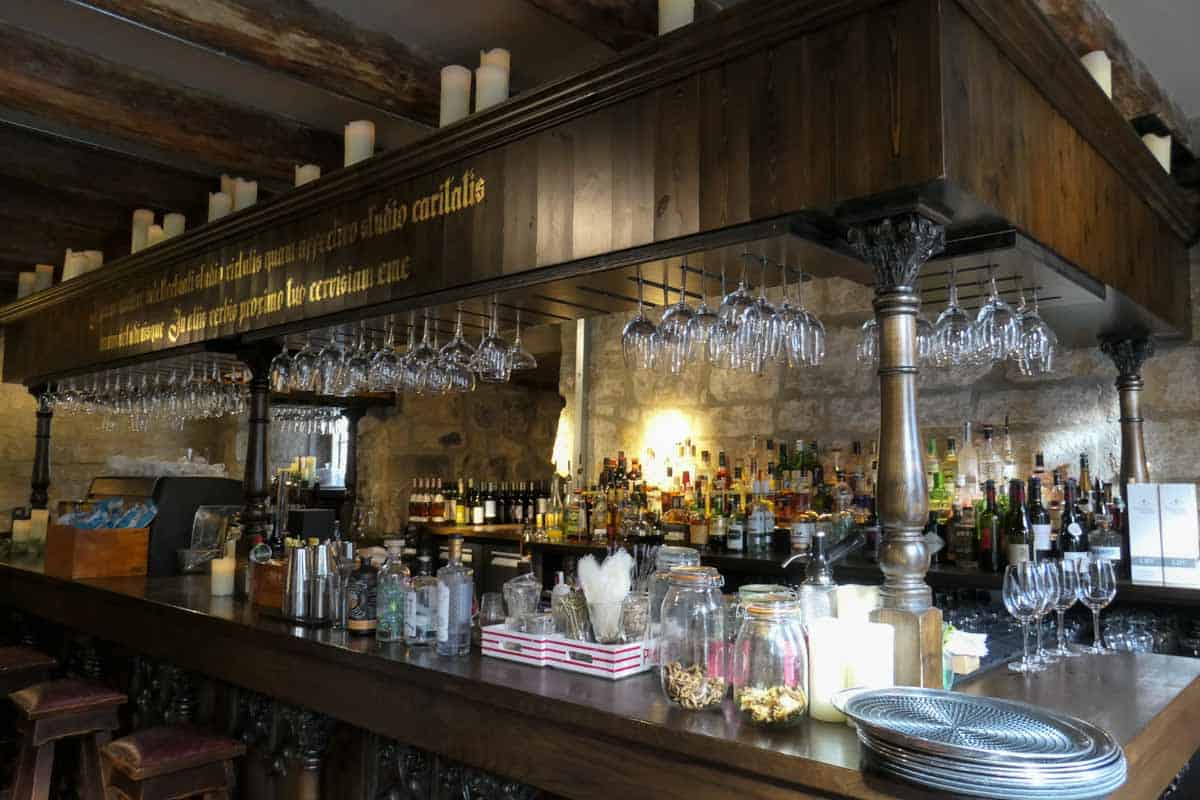 There’s very little left of the medieval friary except the cloisters which are home to Blackfriar’s restaurant, our next stop. We enter the old parlour bar which is cosy and welcoming and we’re served a delicious smoked mackerel pate with cured cucumber, chive oil and sourdough. 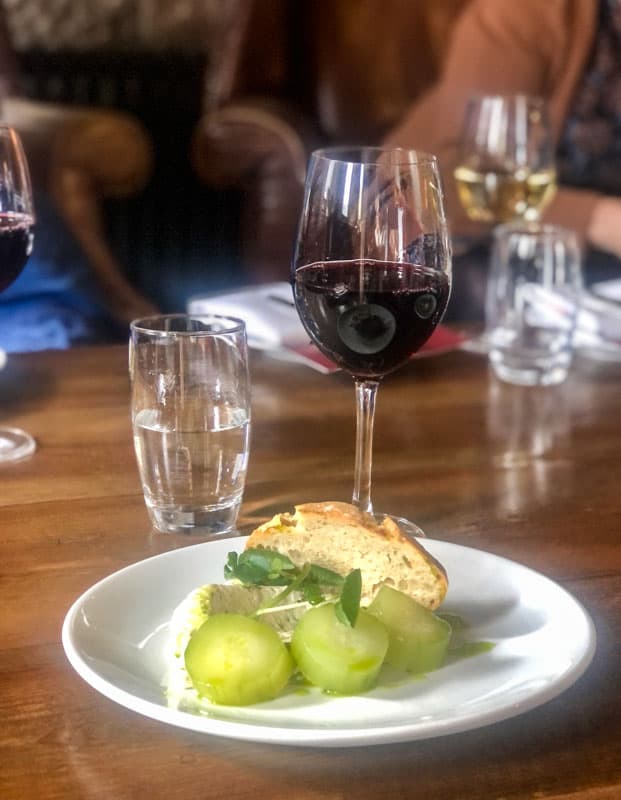 As we eat we learn how King Henry III sometimes used the Priory during his spell fighting the Scots – there was no Inn fit for royalty at the time. Blackfriar’s Restaurant is located in the friary’s refectory and it’s believed that it’s the oldest dining room in the UK and probably the oldest of Newcastle restaurants.

A taste of Spain 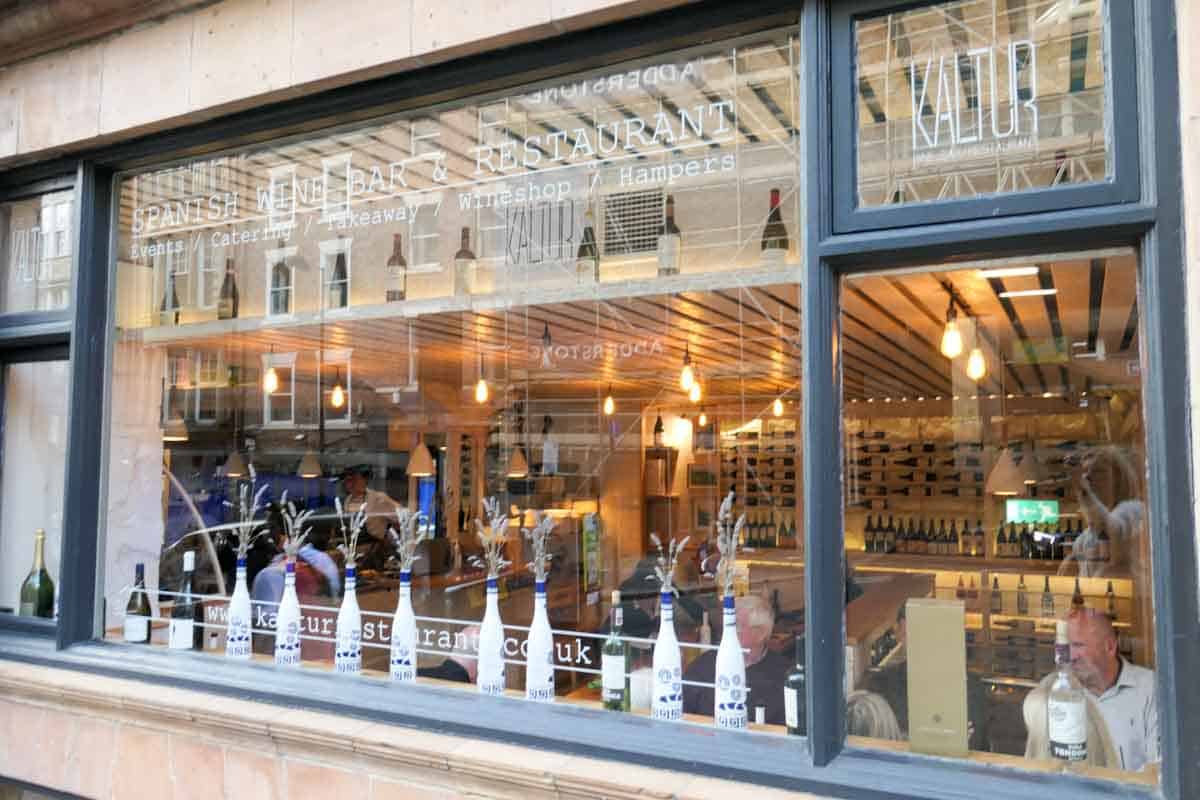 Our next destination is Spain and Kaltur in Dean Street, it’s one of two Kaltur restaurants and wine bars in Newcastle. A huge selection of Spanish and international wine line the walls of the restaurant but I choose a glass of Sangria. When in Spain…

Two heaving wooden platters of Spanish charcuterie and farmhouse cheeses from small Spanish producers land on our table. We dig into three types of chorizo including a lighter version and a sobrasada. Iberico cebo lomo, Iberian pork loin, brindisi, and, in a nod to the north east, Iberico black pudding. 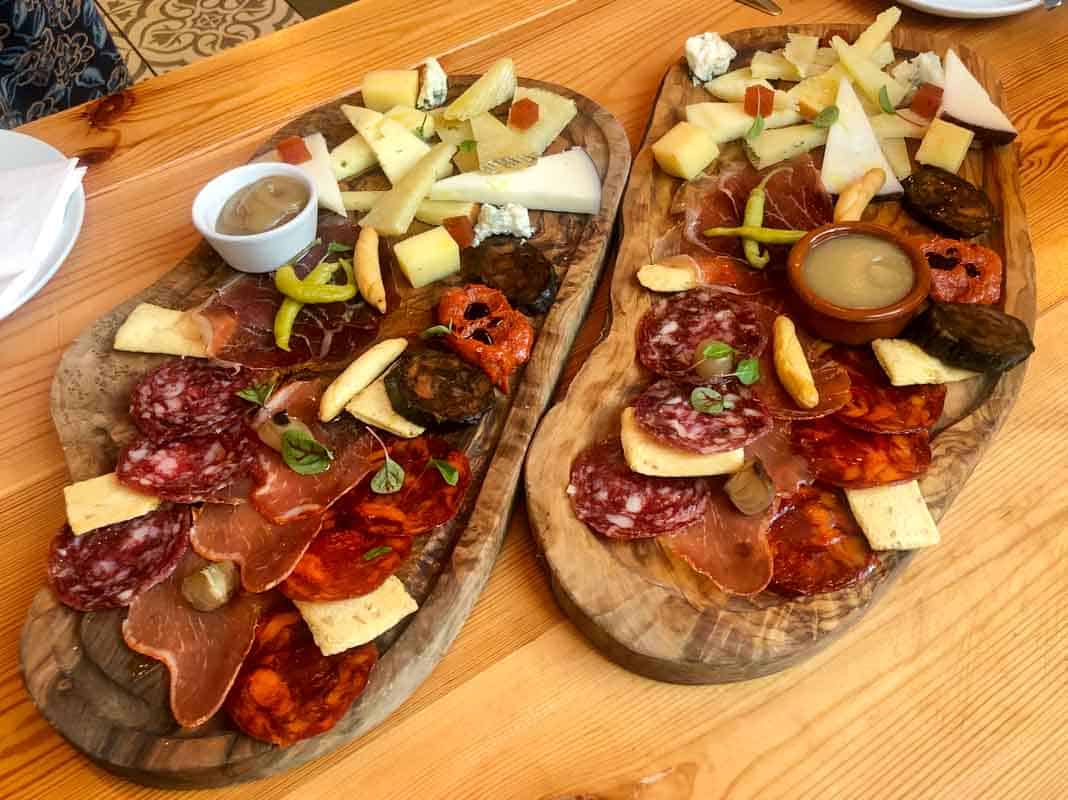 Spanish charcuterie and cheese board served with Sangria

The Spanish vibe in Kaltur is bright, lively and friendly and I’d have stayed longer. But dessert was calling…

To France for dessert 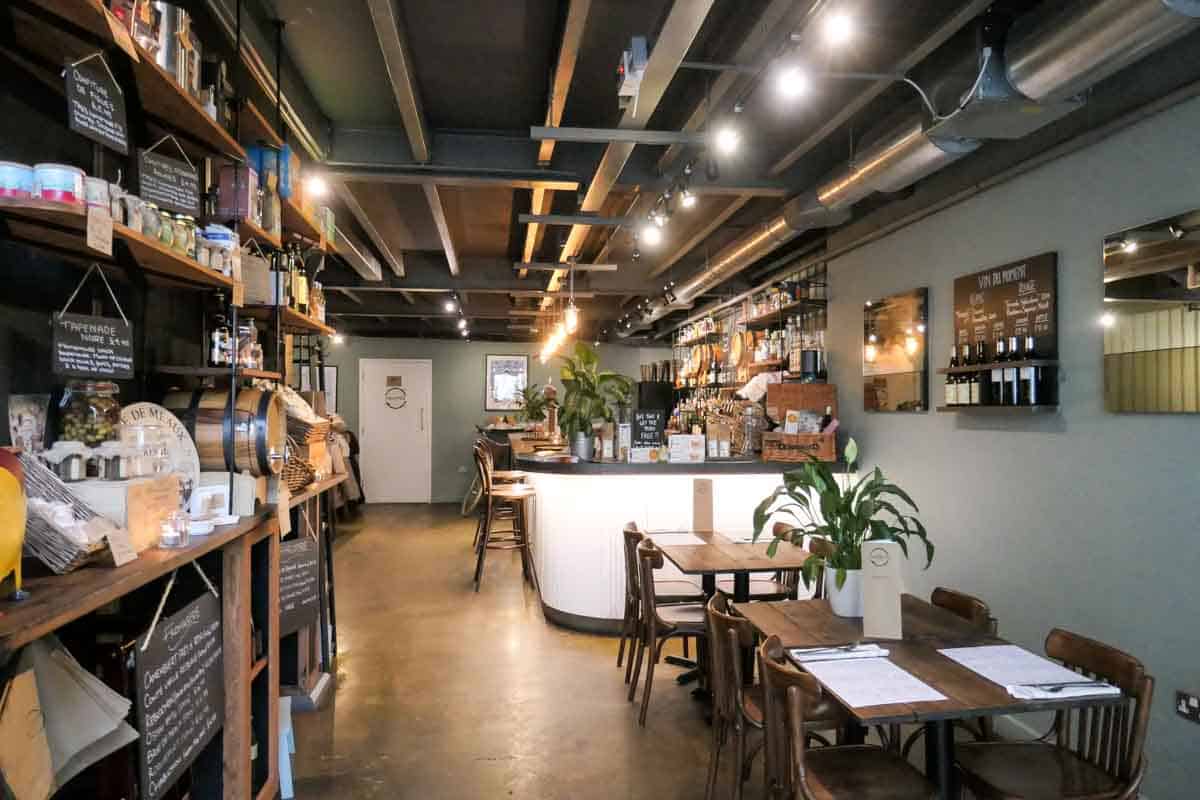 Our final stop, and just as well because I was full to bursting at this point, is the French Quarter, a cute little Parisian-style restaurant, wine bar and deli. However, I manage to find room for a delectable mini dessert trio and wine pairing. Well, what would you have done? 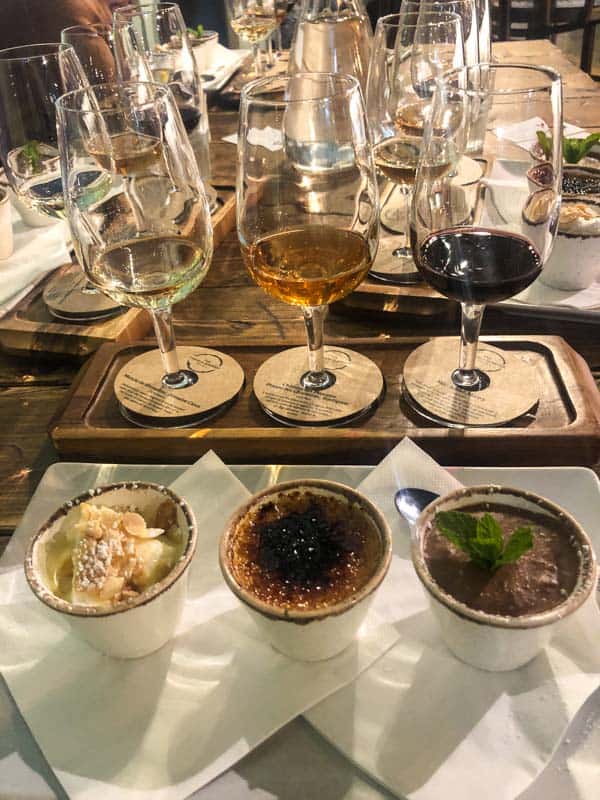 Ile flottante, a concoction of meringue, crème anglaise and caramel, crème brulee (my all-time favourite dessert) and chocolate mousse were paired with a sweet Muscat de Rivesaltes, an Ugni Blanc fortified with Cognac and a rich Mas Amiel Maury Grenache. The perfect way to end the tour.

The Taste of Newcastle tour is £59 per person which I think is worth every penny. I seriously couldn’t have eaten another bite; the portions are ample and the drink servings generous. The tour lasted three hours and took a leisurely pace. It was packed with excellent food and drink and a good amount of local knowledge. A Triple A Food Tour is a perfect way to get to know Newcastle and it’s fabulous food scene.

Travelbunny tip: Take a food tour on the first day of your visit. That way you can re-visit all your favourites during the rest of your stay.

Other Triple A Food Tours

On our second day we took the Ouseburn Food Tour which was just as good as the “Taste of Newcastle’ but with a historical edge as we start with a visit to The Tunnels. Triple A food tours also run an Ultimate Cheese and Wine tour and a new Northumbrian Coastline Food Tour. Plans are in the pipeline for a vegan food tour too. Vouchers are available which make for a great gift for anyone visiting Newcastle or living in the north east. For more info check out the Triple A Food Tour website.

Learn more about the best restaurants, steet food, food markets and other top eateries in the Newcastle food scene.

We travelled to Newcastle from London by train with LNER. If you leave London before breakfast you’ll be in Newcastle in time for lunch.

Where to stay in Newcastle

We stayed at Melia Innside, a new riverside hotel with fantastic views over the Tyne and Gino de Campo restaurant. Its in a fabulous location meant everywhere we visited in Newcastle and Gateshead was within easy walking distance.

Check rates and availability for Melia Innside. If you’re looking to stay somewhere else in Newcastle click here for inspiration. 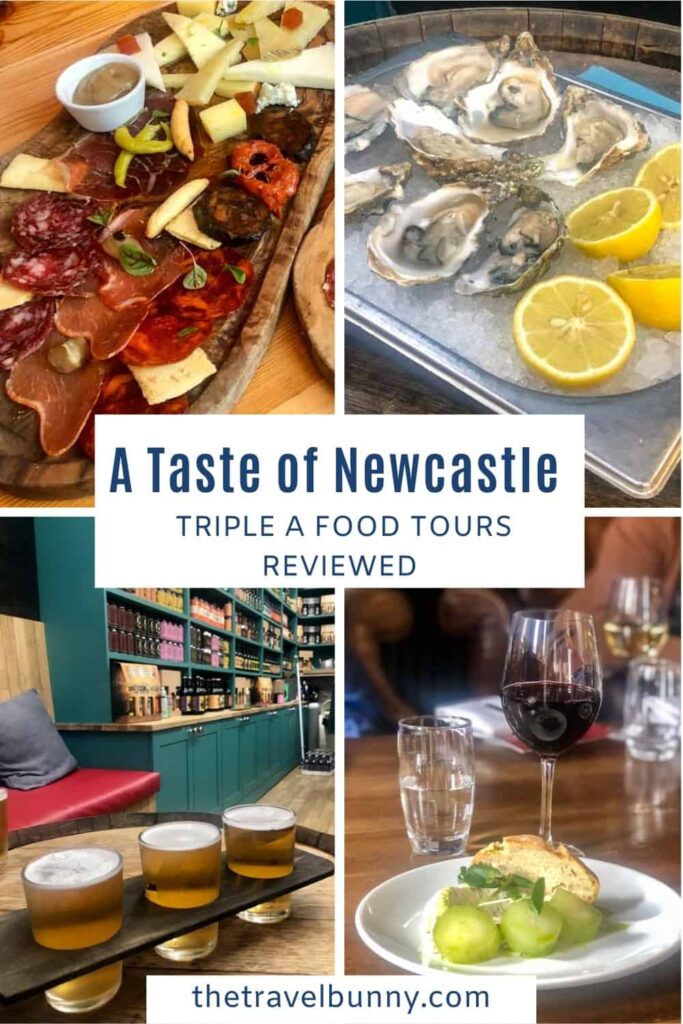 What was your favourite? I have to confess to totally loving the desserts and wines at The French Quarter! Now I want to go back there for a full meal

I think my favourite was the Lebanese food on the Ouseburn food tour but I agree that I'd like to go back to the French Quarter for a full meal!