A highlight of our trip to the Campania region of Italy was a visit to the excavated city of Pompeii. The town was buried under 6 metres of ash when Mount Vesuvius furiously erupted on 24th August 79AD.

Re-discovered in the 16th century the excavations began in 1748 although less than 70% has since been uncovered. A walk through the city showed us that all those years ago the way people lived wasn’t so very different from today.

We entered the city from The Porta Marina Gate one of the seven gates of Pompeii and were immediately surprised at how big the city is as it opened out before us. 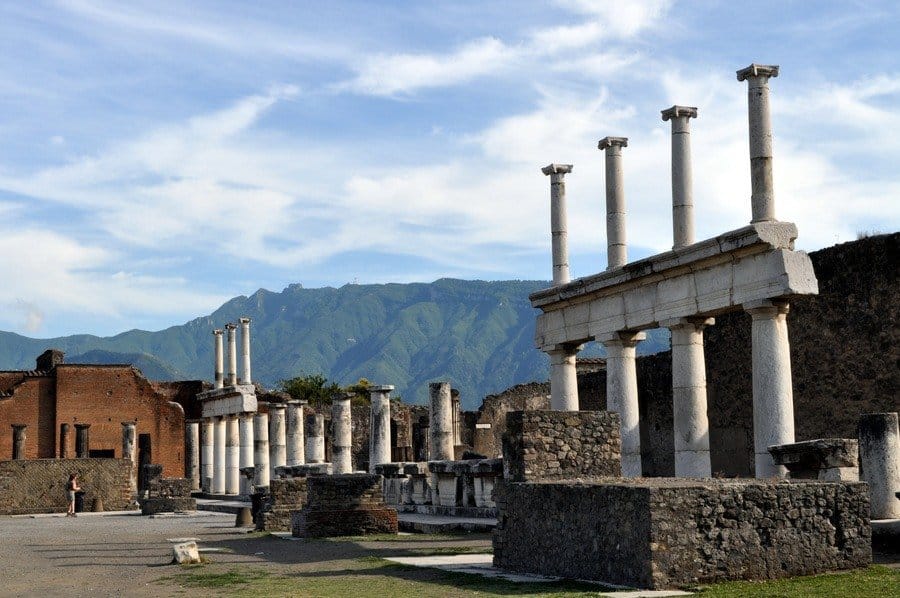 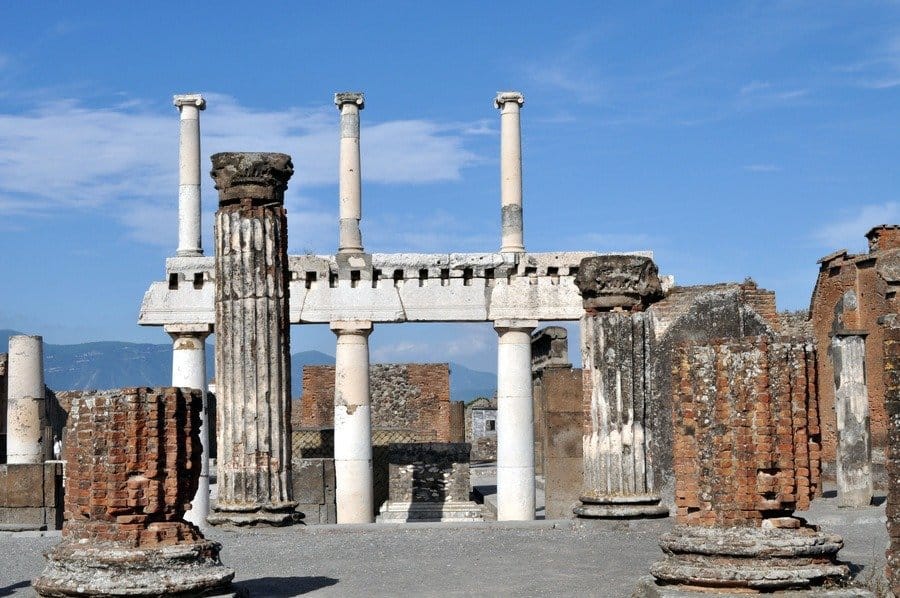 View from the Basilica where justice was upheld by the magistrate 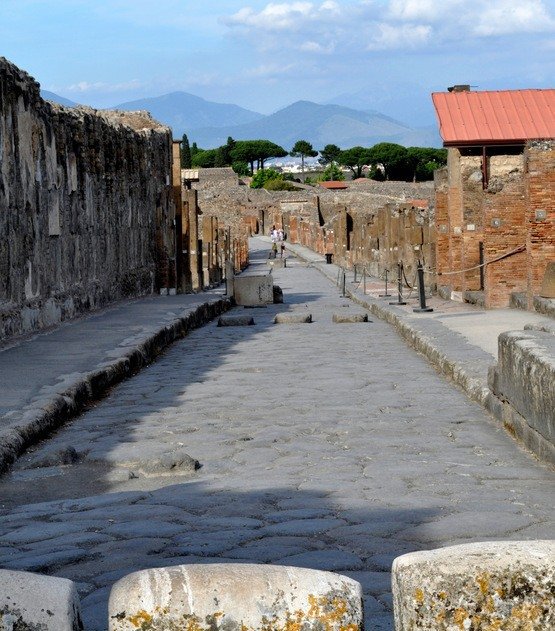 Pompeii Street Scene – we visited late in the afternoon when it was cooler and the crowds had thinned. The street is lined with what were once shops including a bakery, butcher shop and take-away restaurant where hot foot was sold from heated containers set into stone counters.

Ornate villas with fountains, courtyards and intricate mosaics adorning the floors populate the city and the forum baths must have been quite luxurious with in-wall heating. It appears life was good before the volcano hit. 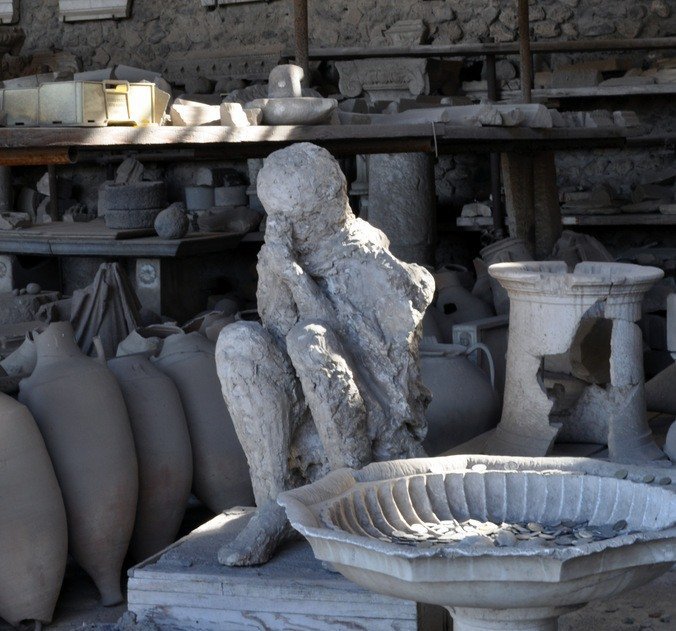 Archeologists realised that voids found in the ash were where bodies had decomposed – by filling the voids with plaster they recreated the figures of the poor souls that had perished. 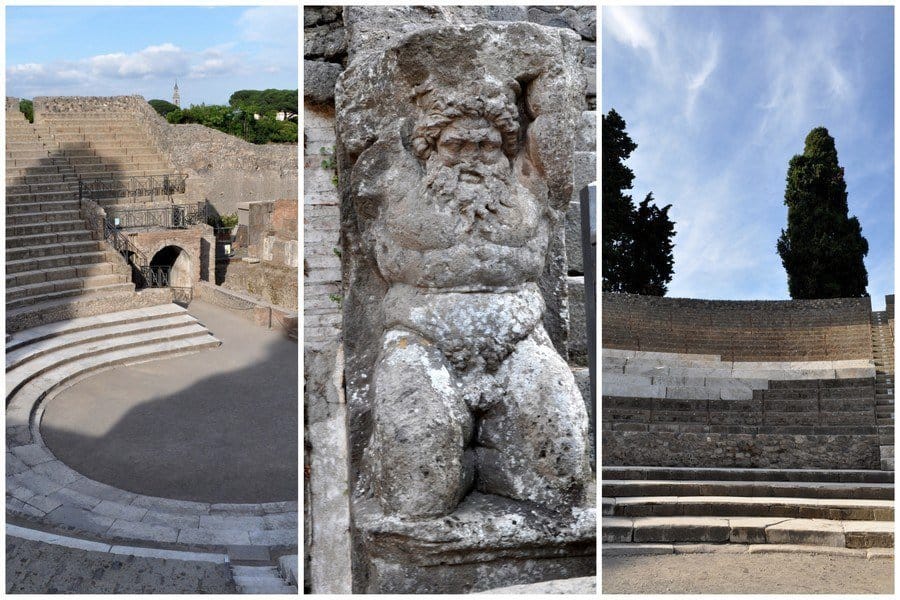 The larger of two amphitheatres and statue detail. 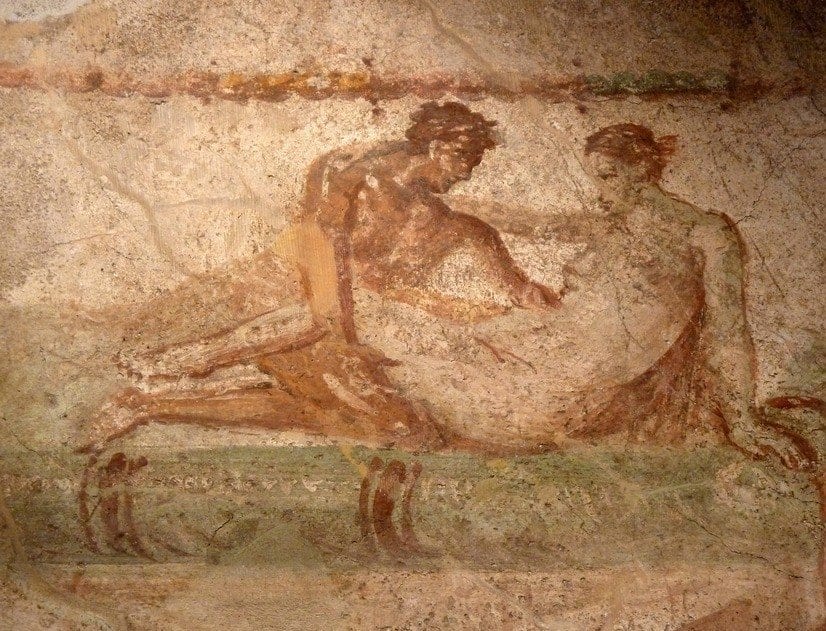 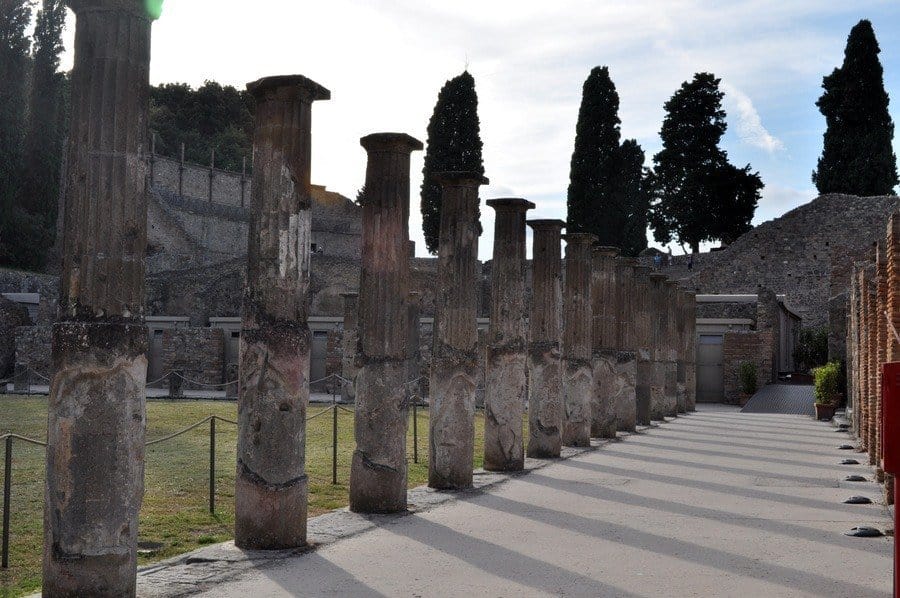 Pompeii – Quadriporticus of the Theatre

We took the colourful, graffiti covered, Circumvesuviana train from Sorrento which cost €2.50 each way. The journey takes half an hour and the trains stops directly outside the entrance to Pompeii. Entry tickets cost €11.00 and come with a guidebook and map of the area – audio guides can also be purchased. Leave at least half a day for your visit.

Awesome pictures! Felt like I was walking around viewing it myself. Def on my list of places to go!

Thanks Holly - we went late in the afternoon and it felt like we had the place to ourselves!

A Taste of Italy – Sorrento | the travelbunny

Making the most of the Amalfi Coast | the travelbunny