Northern France is an area that, for some unknown reason, has completely escaped my travel radar. It’s easily accessible from England, especially as we live just over an hour’s drive from Dover, so it’s odd that we’ve not Channel hopped more.

Maybe it’s because it’s just so close that when we’re planning our travels we’ve overlooked the hidden French gems that are right under our nose. 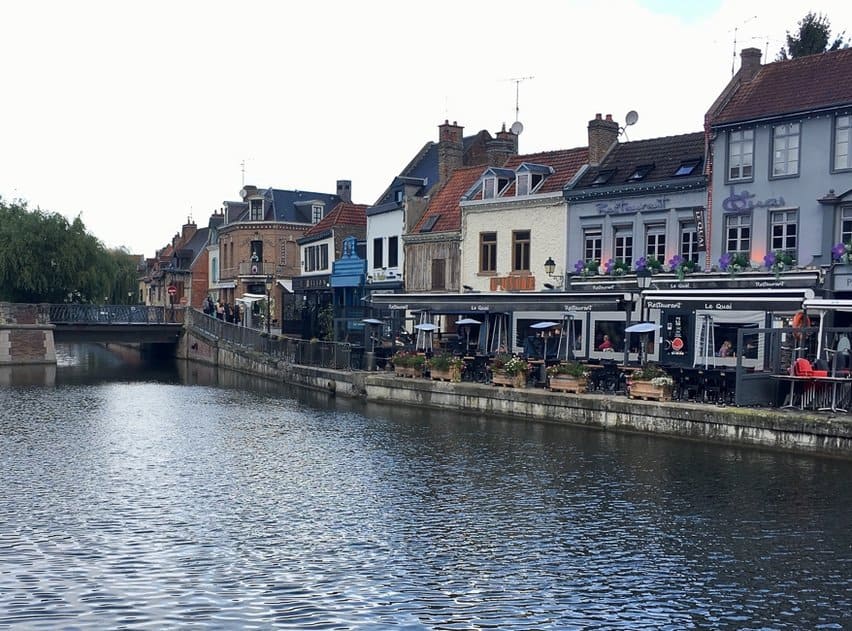 We rectified this last month with a mini road trip with DFDS Ferries to Hauts-de-France. Our mission was to explore Amiens, a city in northern France, a surprise attraction nearby and spend the night in some unusual accommodation. We also squeezed in a short visit to Saint-Valery-sur-Somme, a medieval coastal town.

We thought Storm Brian might have put paid to our crossing with DFDS but after a short delay and a reasonably smooth sailing we arrived safely in the northern French port of Calais.

We’d been upgraded to the Premier Lounge which meant we were one of the first cars to board and first off the grid at the other end. The lounge was almost empty so we had the pick of the seats and first choice of pastries and fruit to go with our glass of bubbles. We may also have indulged in a full English breakfast during the 90-minute crossing.

Usually when we arrive in Calais we head straight to the autoroute and down to the French Alps for our annual winter ski trip. This time we hugged the French coast and took the scenic route. Calais is in Hauts-de-France, a region in northern France, and translates as ‘Upper France’. The region is a recent merger between Nord-Pas-de-Calais and Picardy which happened in January 2016. 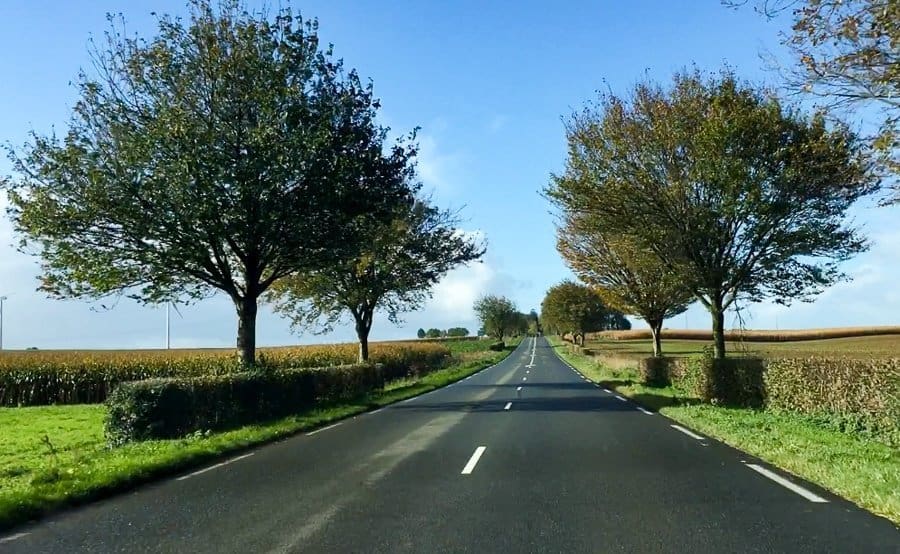 This petite medieval town sits by the sea and the river on a limestone peninsula overlooking the Somme Bay. Bistros, bars and brasseries line the main street near to the port where sailing and fishing boats bob on the water and colourful kayaks glide by.

We walked the long riverside boardwalk which ends at the Somme estuary where there’s a little beach with views over the bay to Le Crotoy. 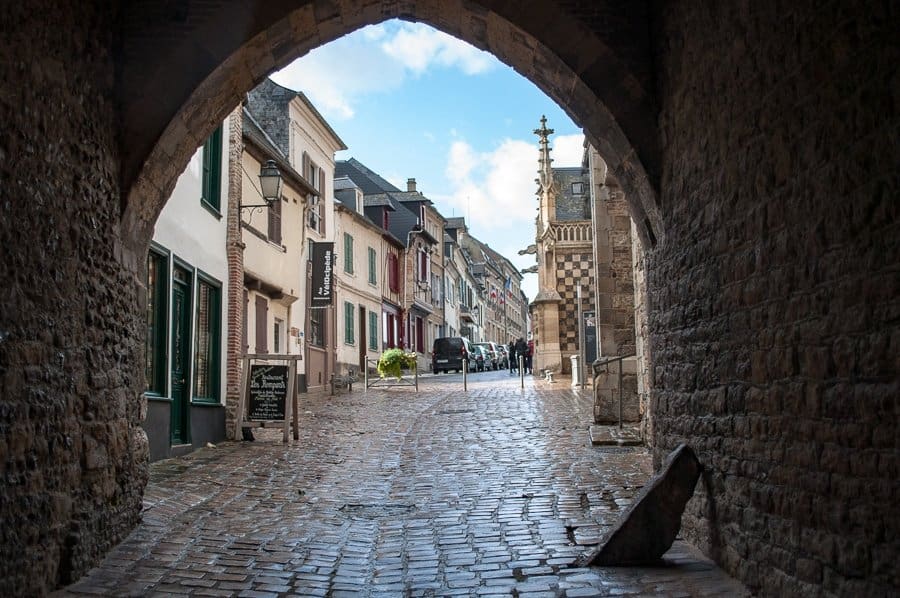 The medieval ramparts of this enigmatic little town are well worth exploring along with the gothic church and Harold towers. Joan of Arc was imprisoned in the Tower de Pierre overnight before continuing her journey to Rouen where she was burned at the stake. William the Conqueror departed from the town before invading and defeating England in the Battle of Hastings in 1066.

St Valery sur Somme is twinned with our home town of Battle in East Sussex which is where the Battle of Hastings took place so it was good to check out our town’s twin. 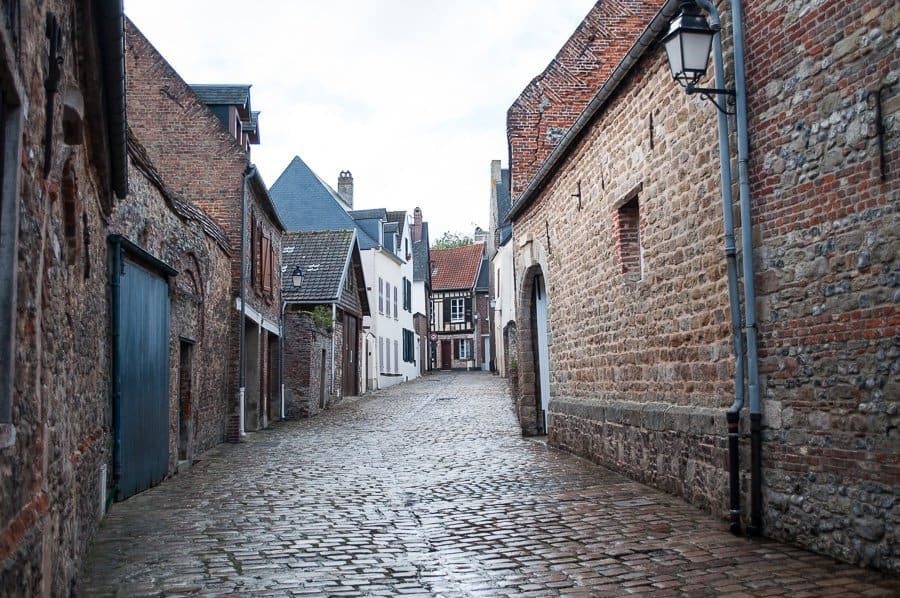 Writers Victor Hugo and Jules Verne stayed in the town giving it a creative edge. Artists were also drawn to the area because of the light quality which was especially noticable by the river. Delacroix, Degas and Monet all stayed in the town.

My favourite part of town was the ‘Courtgain’ or the sailors’ quarters with its tiny crooked cottages lining the winding cobble stoned lanes. 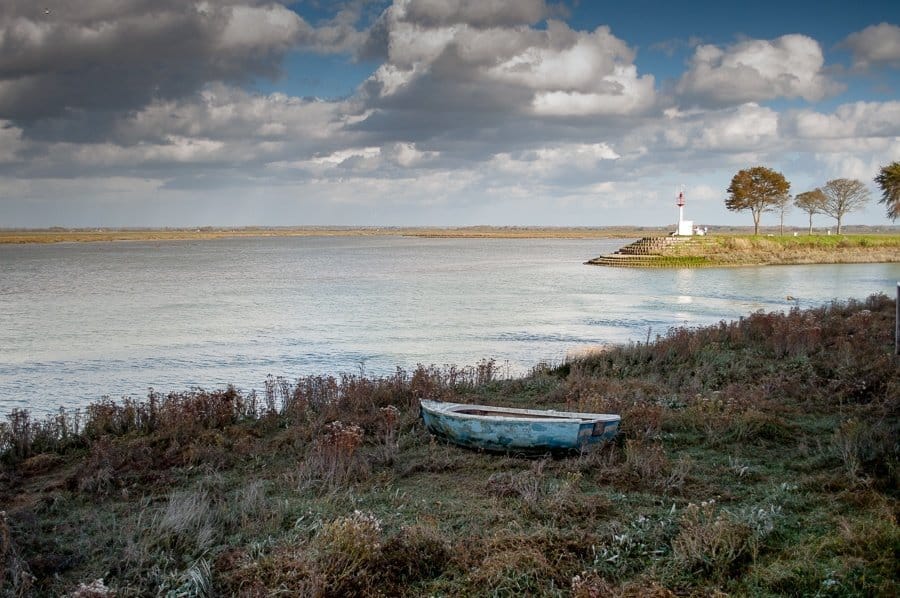 Something I really didn’t expect on our trip was time travel. We visited Samara prehistoric park and travelled back over 600 thousand years to see how humanity evolved. The pre-Roman river-side village was discovered by archeologists and is dated somewhere in the late bronze age.

The park and living museum sits in over 5.5 hectares of wetland with a series of buildings recreated from different points in the history of the region. The museum below was definitely more contemporary. 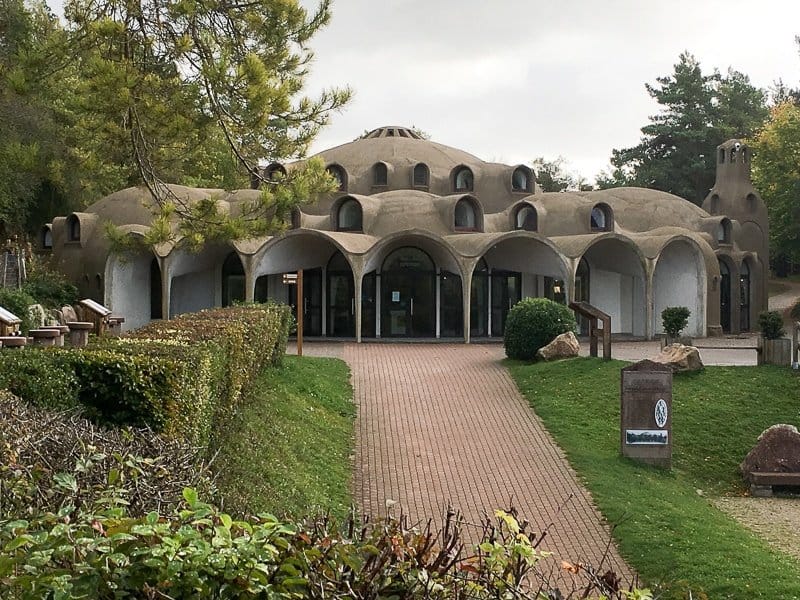 We were transported into the Stone, Bronze, Iron and Roman Ages of life in the Somme Valley. Samara means Somme in the Gaul language. Staff demonstrate skills and re-enact Neolithic trades used in daily life. There are also workshops on pottery, iron-work, weaving, cutting flints and fire-making.

Samara Parc has been beautifully laid out and constructed. Although the focus is on educating children it makes a fascinating day out for adults too. 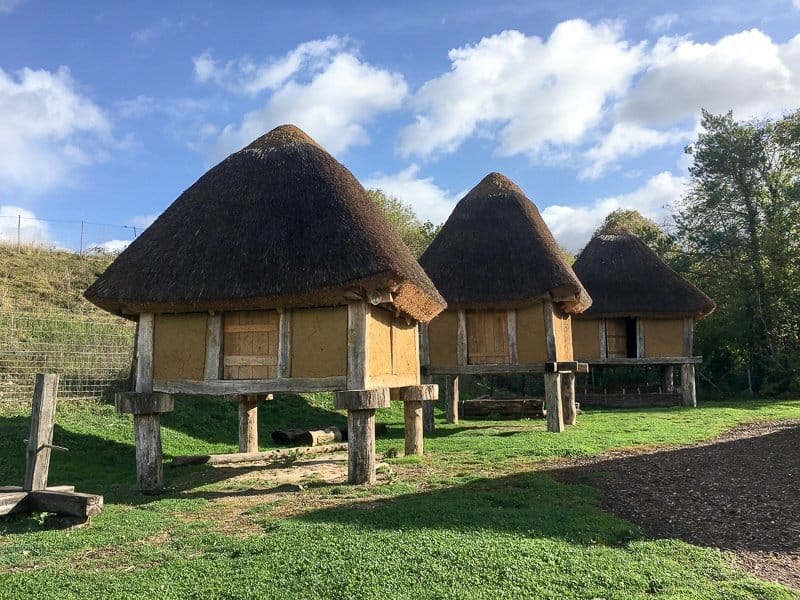 The staff we met were very friendly, knowledgeable and couldn’t be more helpful. They were good at explaining everything and answering questions in both French and in English. Their English was a lot better than my French. Kids are actively encouraged to get hands on with the crafts and workshops. 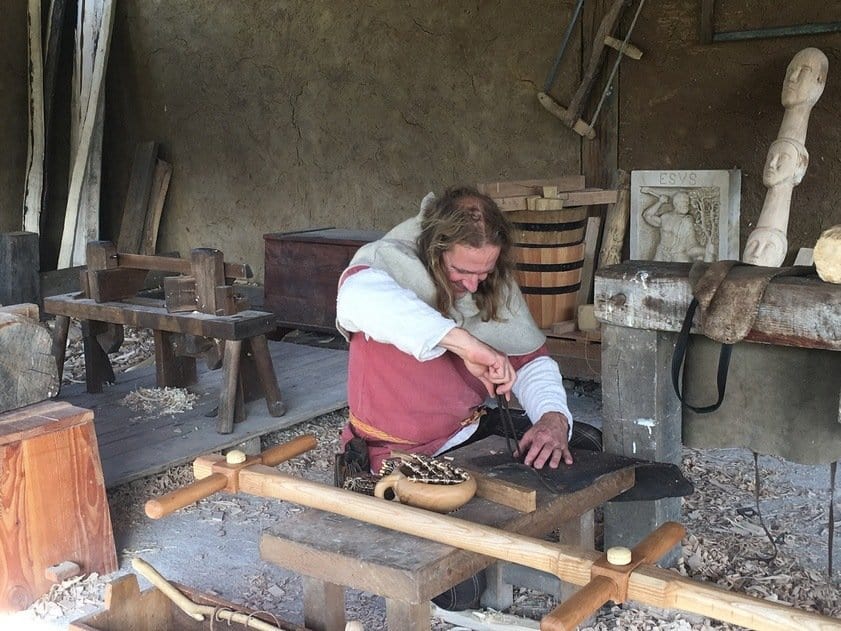 There’s a restaurant at the village but visitors can take their own picnic baskets. The park is open every day from early April to the end of October. Find out more about entry times and ticket prices at the Samara Parc website. Address: Rue d’Amiens, 80310 La Chaussée-Tirancourt, France

The City of Amiens

We spotted the soaring spire of Amiens cathedral a few miles before we reached the city. The Basilique Cathédrale Notre-Dame d’Amiens is the tallest in France beating Paris’ Notre Dame both in height and interior volume and a UNESCO World Heritage site. Notre-Dame could fit into it twice and there’d still be room for a pew or two. 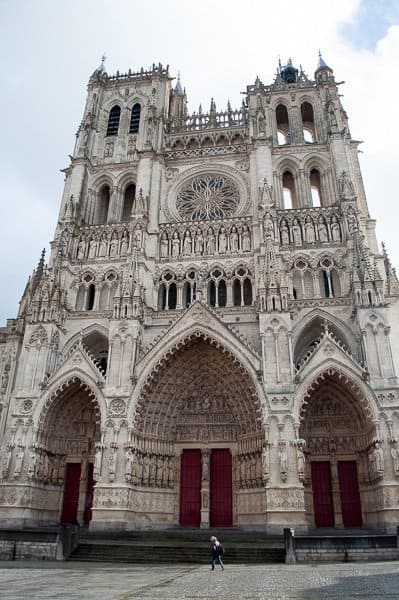 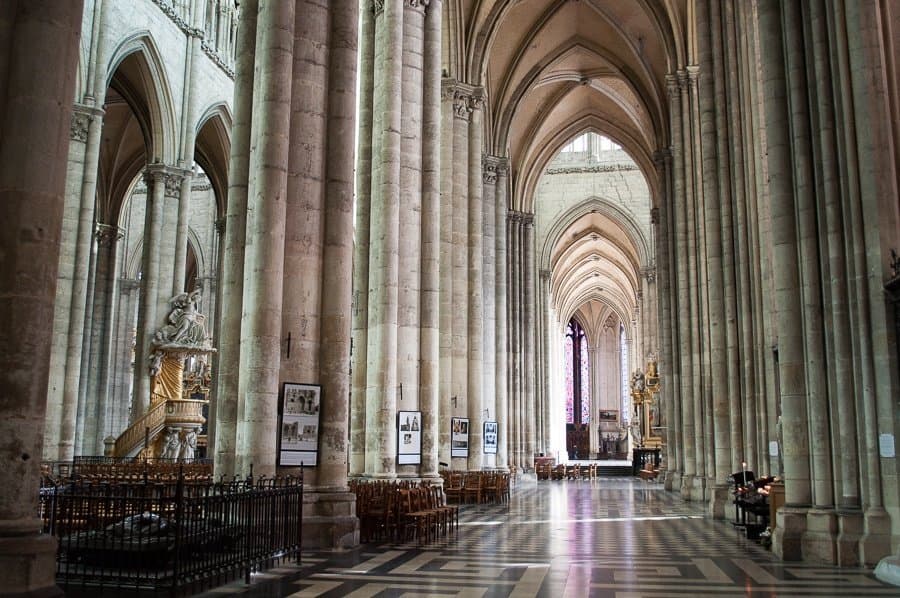 On the main facade, there’s a profusion of intricate stonework, gothic grandeur and statues of apostles and kings. Inside on the south transept there are scenes of everyday life. Both goodness and wickedness are depicted in scenes of tragedy and comedy. Look closely and you’ll see they had a sense of humour in the early thirteenth century.

Inside, the cathedral is flooded with light from the beautiful stained-glass windows. Don’t miss the beauty of the rose window which dates from the sixteenth century and is one of the best-preserved in France. 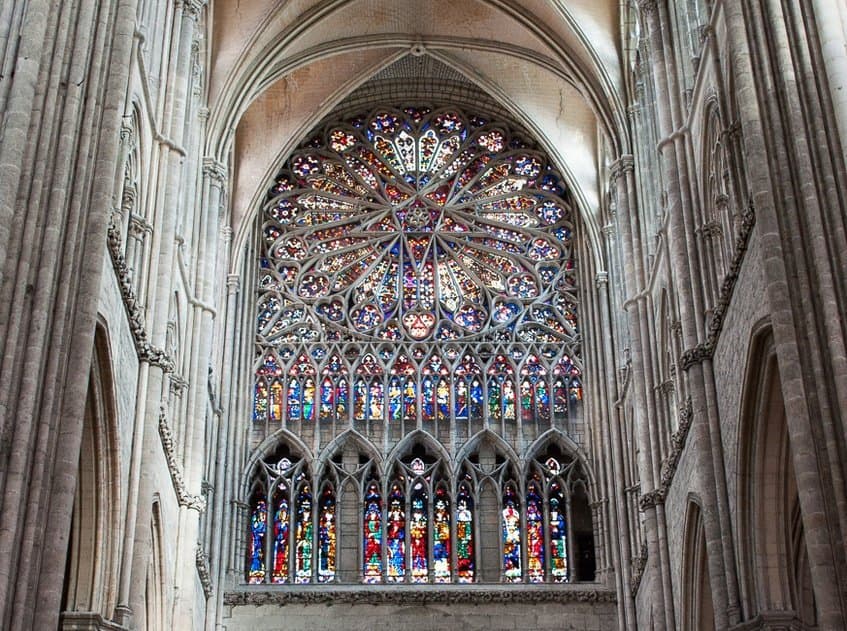 My favourite part of Amiens was the medieval St-Leu area or ‘quartier’ with its network of canals and brightly painted houses. Just a few minutes’ walk from the cathedral the narrow, historical streets are filled with galleries, boutiques, bookshops and bars.

Restaurants line the pretty waterside with views across the water to the cathedral. Over the water at Quai Belu is another row of restaurants so there’s plenty of eateries to choose from. Can you spot the wooden man in the river? 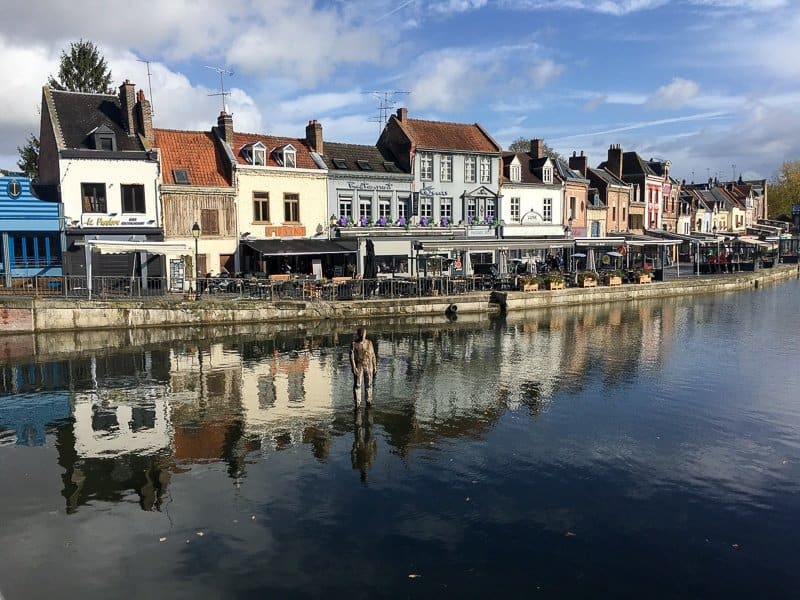 Where to stay in Amiens

Amiens is a fairly small town and easily walkable. There a range of chain hotels, B&B and boutique hotels to choose from. All a within walking distance to the centre of town. Check rates and availability here.

There are various campsites in northern France but where we stayed was a bit special. We were glamping en France and stayed in a huge yurt in Flers. We had a double bed, heating, sofas, rugs and tea and coffee making facilities. If the weather had been better we’d have chilled out in the hot-tub with a bottle of wine and would definitely have made use of the BBQ.

We were in one of just two yurts in a small family run camp site with good showers and bathroom facilities and a small kitchen. The two sofas in each yurt can be converted into a double bed so each yurt can sleep up to six people and would make great luxury camping for families.

There are two yurts so two families can be accommodated in this French countryside campsite. 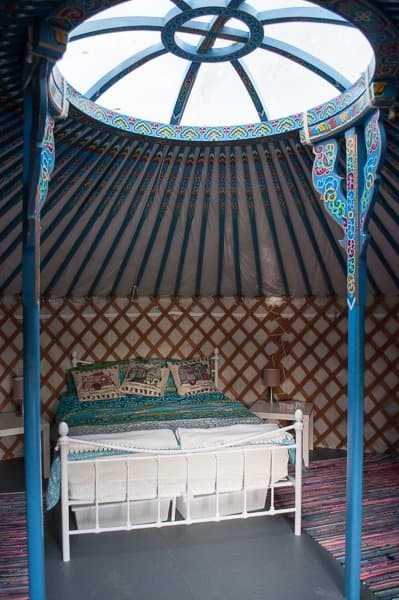 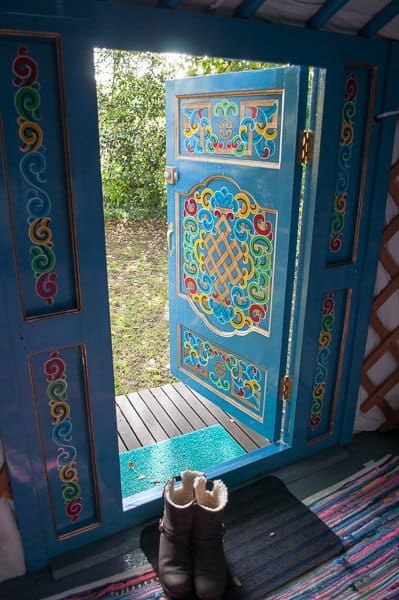 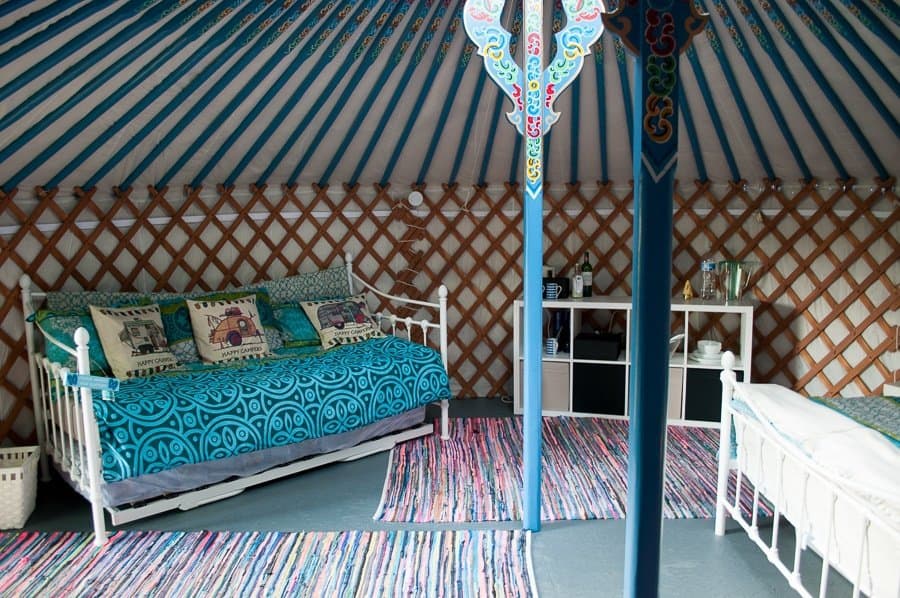 Sailing from Calais to Dover

When in France it would be rude not to visit a patisserie so when we found ourselves with half an hour to spare in Calais we couldn’t resist. I chose this gorgeous strawberry mille-feuille which tasted even better than it looked, if that’s possible. Obviously, I wasn’t counting calories… 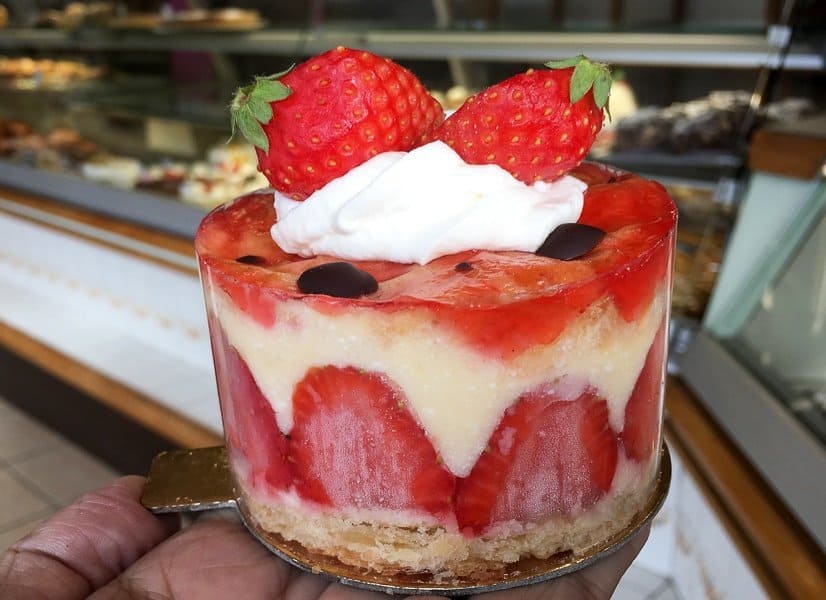 Storm Brian had blown itself out by the time we set sail on the return crossing so we were able to go out on deck and enjoy the views. We had the lounge to ourselves and again I enjoyed a glass of bubbles, fruit and petit fours.

Poor Mr Jones was driving so couldn’t partake. It was a wonderful sight to see the white cliffs of Dover looming from the Channel as the setting sun cast a warm glow on the chalk. 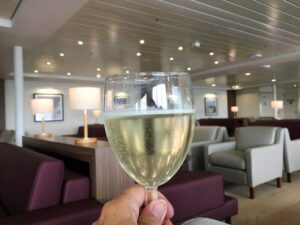 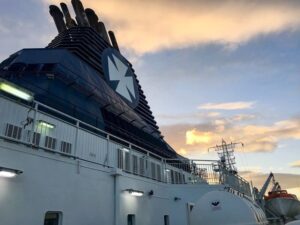 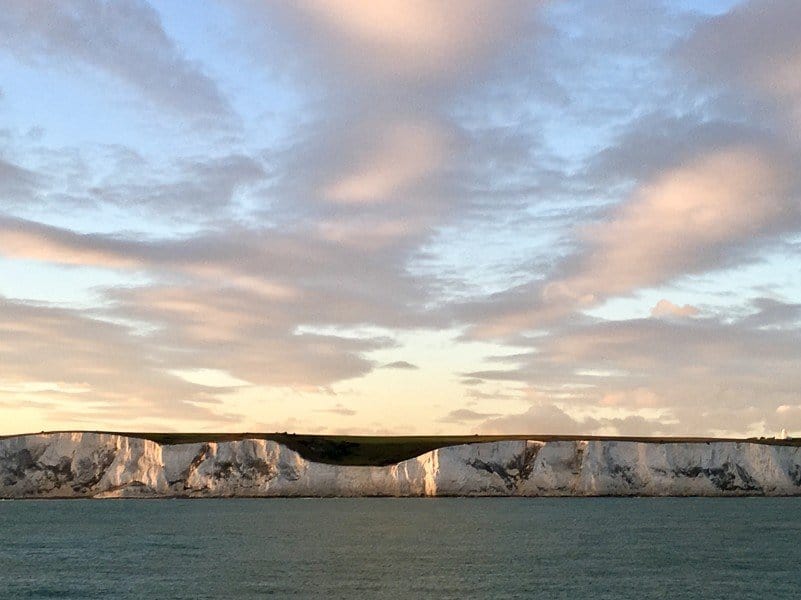 There are certain laws that have to be upheld when driving in France. Here’s a list of everything you need to carry with you and a couple of things you shouldn’t:

I was a guest of DFDS Ferries, however, I have complete editorial control and, as always, bring you my own honest views and opinions.

Wow glamping in France, looks like a fabulous experience and love the shots of the cathedral! Chỉnh sửa

Camping was interesting as it was pouring with rain but exploring Amiens and St Valery sur Somme were my favourite parts of the weekend :)

We have stayed in Amiens a few times and one of my favourite things is watching the many Wedding Parties arriving at the Hotel de Ville before the families go to their place of worship. One that will always stay in my memory was the party who all turned up in fancy dress depicting cartoon characters and the ones who arrived wearing roller skates.!!!

Sounds like you could lose a whole afternoon sitting with a bottle of red and watching the comings and goings Pam!

Wow glamping in France, looks like a fabulous experience and love the shots of the cathedral!

The glamping would have been better had it not been tipping it down with rain that night! Amiens is a fabulous city - I'd love to go back and see the Christmas market there.

What a beautiful part of France! I've never been there, either, although we've done the crossing from Dover to Calais, many times. I love that you add the list of what to have to drive in France; very helpful as now this may be on my list next trip over!

It's a part of France that we're keen to explore more of. The regulations about driving in France are quite strict. There are places to buy all the bits and pieces you need at the port although they may be slightly more expensive if you buy them last minute.

I had a hard time trying to comment when I was in the Algarve, Suze. My laptop just didn't want to play. :( It seems to prefer it back in the Uk- strange creature! :)

I sometimes have problems sending emails from overseas - terribly inconvenient! Hope you had a lovely trip to Portugal.