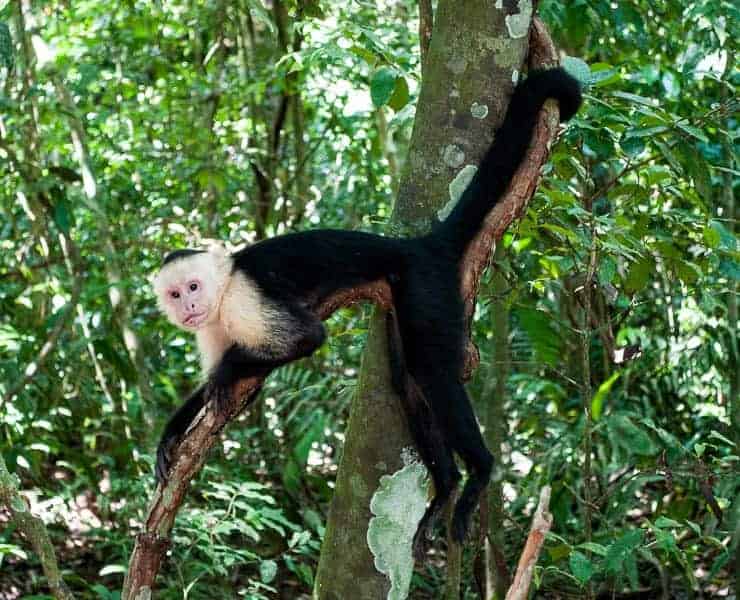 Our Costa Rica adventure covered everything from high altitude cloud forests, jungles and rainforests to beaches and volcanoes. Waterfalls and canopy walks took our breath away and the wildlife watching was epic. We spent an unforgettable two weeks in Costa Rica – here are some of the highlights. 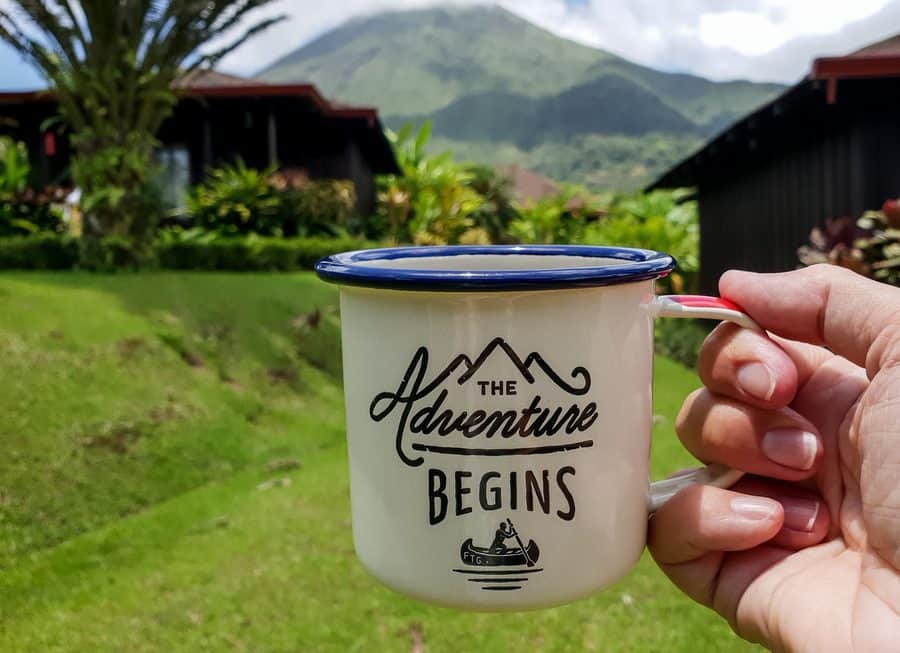 Exploring the great outdoors has me right in my happy place. Although Costa Rica is a small country it has a diverse range of landscapes to discover and it’s all doable by road (just!). After spending a night in San José we picked up our 4×4 hire car and set off on our Costa Rica road trip. You know how we love a road trip! 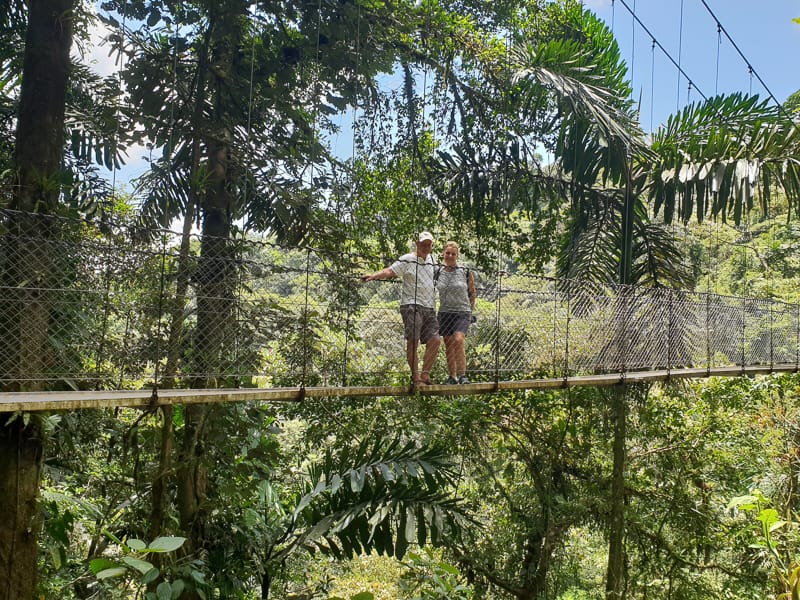 Journeying through jungles, cloud forests and volcanoes we discovered that Costa Rica is a nature lover’s paradise. Rainforests enveloped us as we hiked tree-shrouded trails and traversed hanging bridges. We gazed across the continental divide amid the misty cloud forests of Monteverde and sought out secluded waterfalls.

Arenal Volcano loomed in La Fortuna and the white sand beaches of the Pacific beckoned. I found myself constantly enthralled, captivated, and at one point deep in the jungle, in the dark and well out of my comfort zone. Costa Rica ticked the adventure box big time.

Read more: What to see and do in La Fortuna 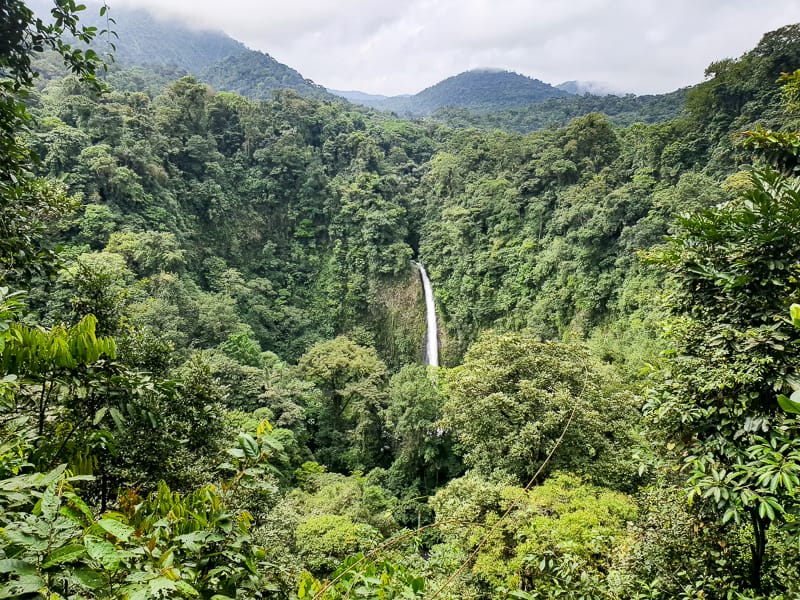 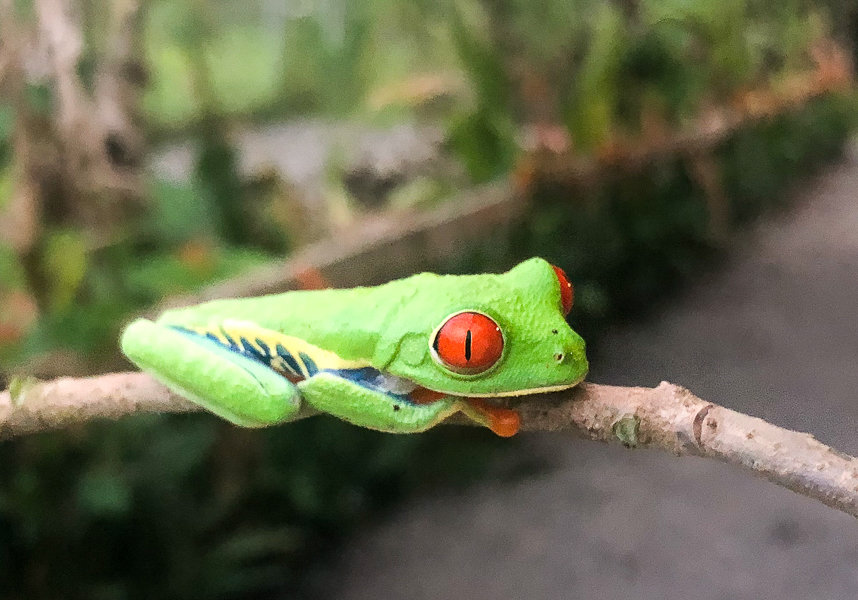 It wasn’t just little critters we met. Every day we came face to face with wildlife on land, in the skies and in the ocean. We spent ages watching monkeys, watching us, watching them. Sloths, two and three-toed, hung out in the trees above us. We even saw a kill as an iguana ran down a tree and took out a huge scarlet caterpillar on the path right in front of us. 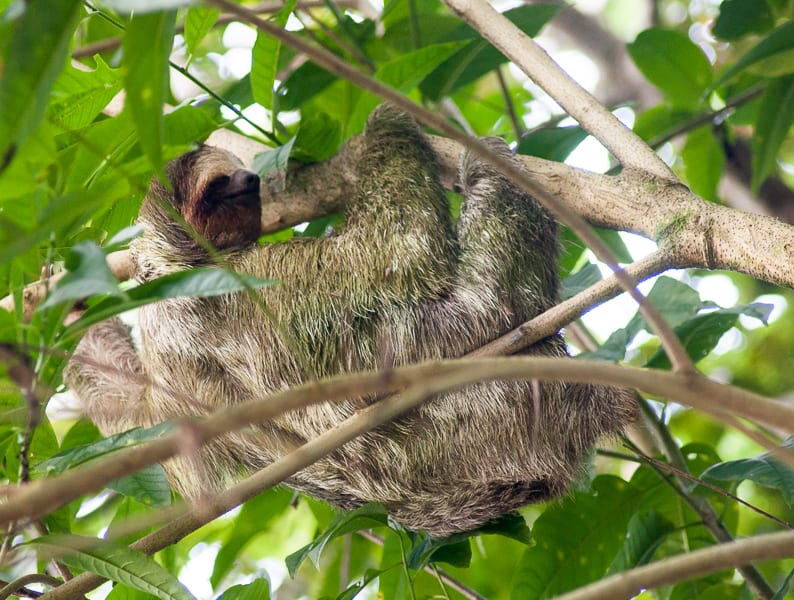 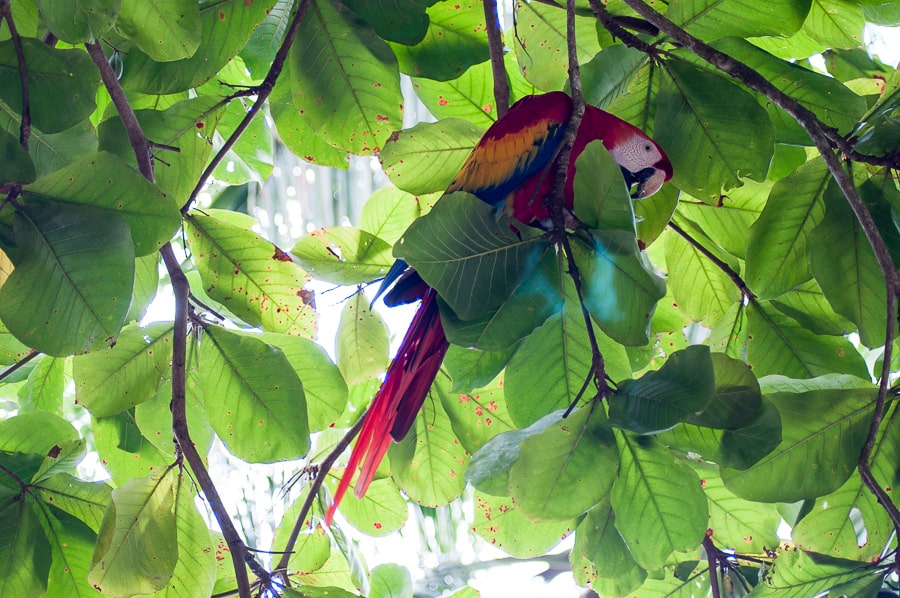 Costa Rica is home to 28 National Parks, three of which are UNESCO World Heritage Sites. It’s a world leader in conservation and protected areas cover over 25% of its total landmass, the highest in the world. We visited three National Parks during our trip. Each very different from the other. 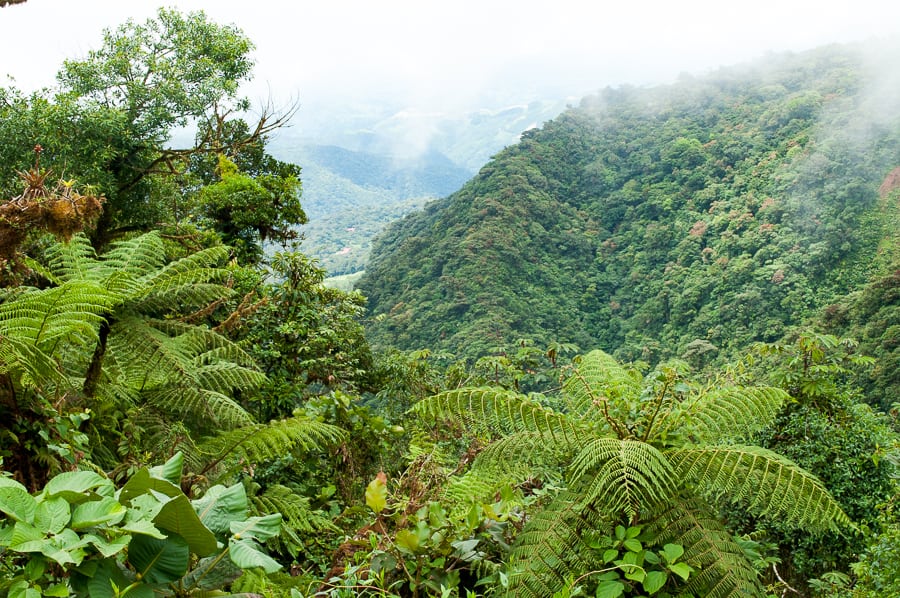 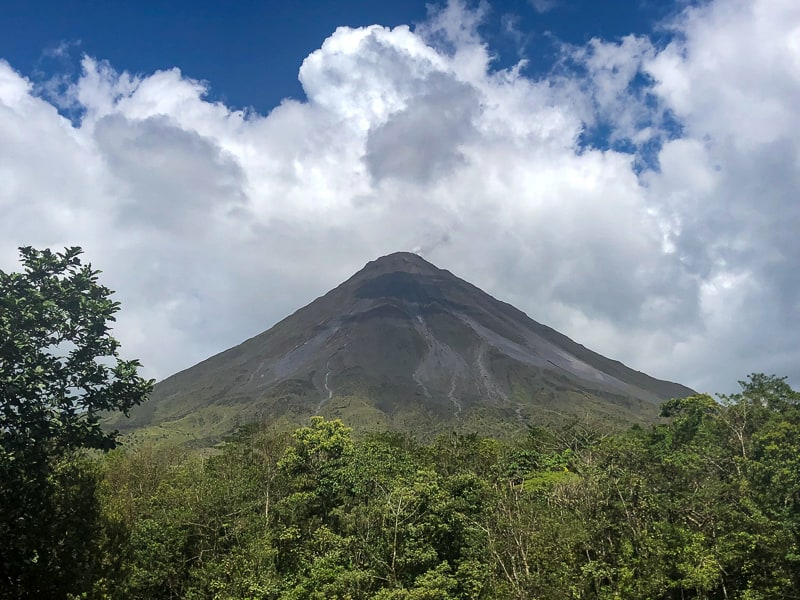 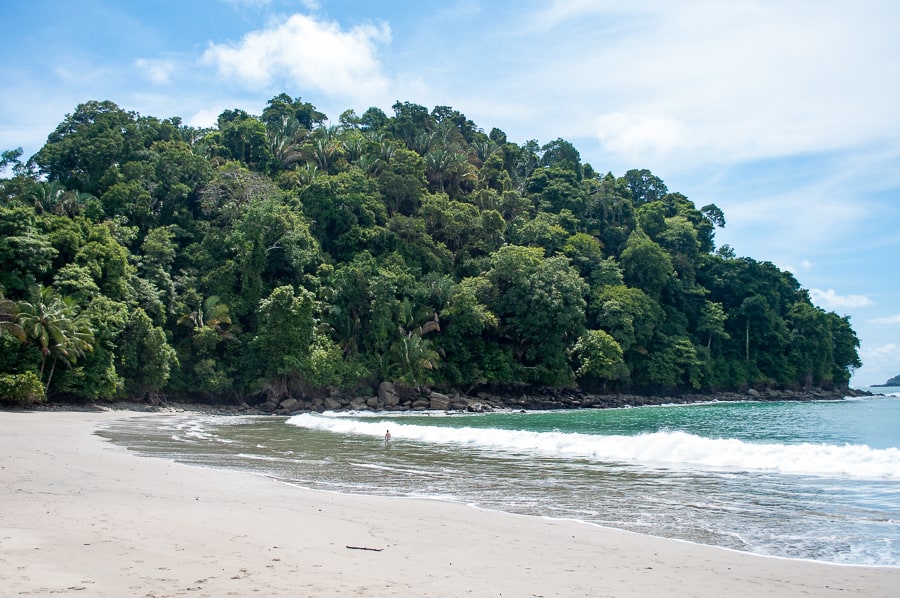 Everywhere you go in Costa Rica you’ll hear the words Pura Vida. It’s a welcome, a farewell or ‘it’s all cool’ and everything in between. Pura Vida is Spanish for pure life but in Costa Rica it means so much more than that. Pura Vida embodies the Ticos appreciation of life, taking the time to enjoy simple pleasures and protecting their environment. It’s no surprise that Costa Rican people are regularly ranked as the happiest on the planet. They also have one of the longest life expectancies. 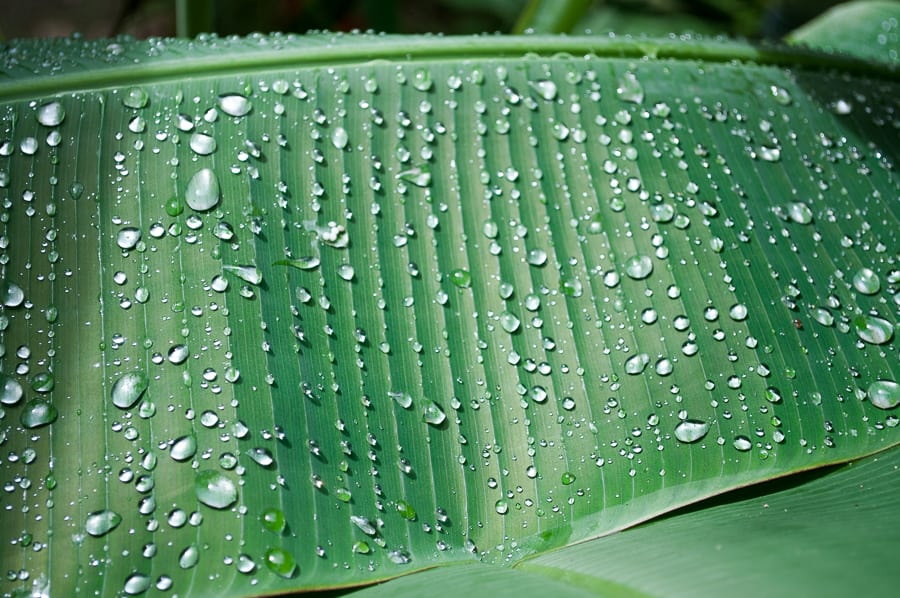 This is the start of my Costa Rica series. I’ll be adding to it over the next few weeks with posts on our two-week Costa Rica itinerary. There’ll be posts on what to see and where to stay in each area we visited. These include Arenal, Monteverde, Punta Leona and Manuel Antonio. If there’s anything you’d especially like to know just get in touch.