When a boat made up of over 1,200 wooden items donated by the people of the South East, stopped off at The Stade in Hastings last weekend I dropped by to take a look.  One of 12 artistic commissions across the UK to celebrate the London Olympics ‘Collective Spirit’ has to be one of the most unusual and, I thought, surprisingly beautiful creations. 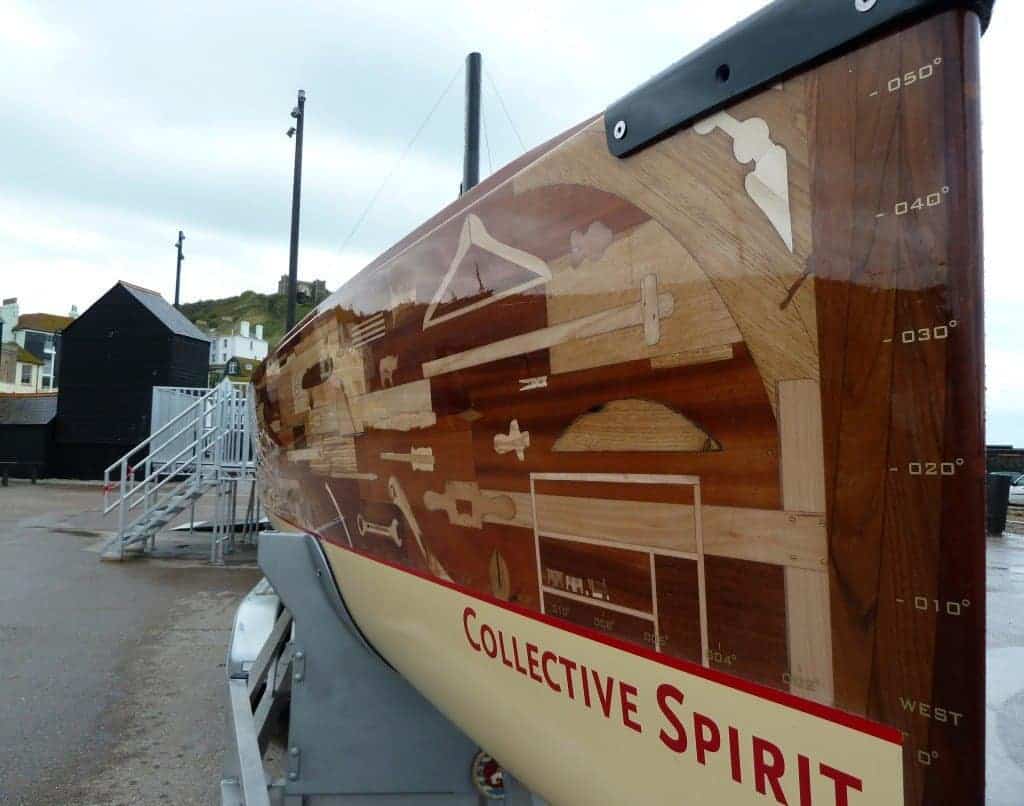 The artists who conceived the idea, Gary Winters and Gregg Whelan, known as Lone Twin, visited 20 locations across the region in a quest for donations for use in the building of the vessel.  Members of the public were also invited to bring wooden pieces to the West Sussex boatyard where the boat underwent construction.  However, there were conditions; the item must be significant to the owner and have a story behind it.  Each and every fascinating back-story was digitally recorded and the treasured item photographed with its donor before a thin cross-section was incorporated into the hull. 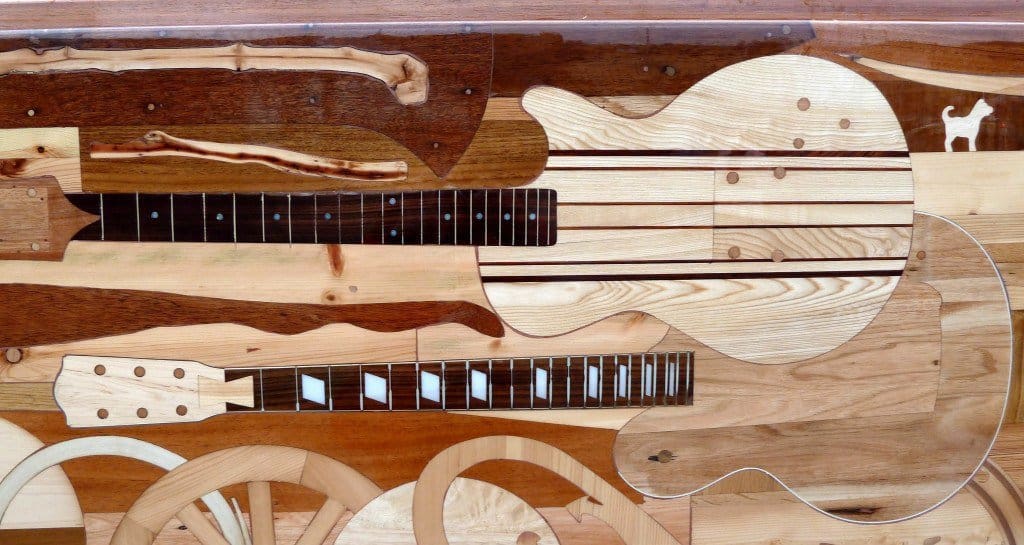 Donations included wood from Brighton’s West Pier and The Tudor ship The Mary Rose, a slither of wood from a Jimi Hendrix guitar, a Victorian policeman’s truncheon and a plank from the 2012 velodrome. The mast was donated by Hasting’s fishermen.

More personal and treasured everyday items such as hockey sticks,  a tennis racquet,  a clothes peg and hairbrush have all been beautifully incorporated into the boat.  The hull is fascinating to look at not only for the wooden objects themselves but for  the beauty, diversity and colour of the wood and grain. 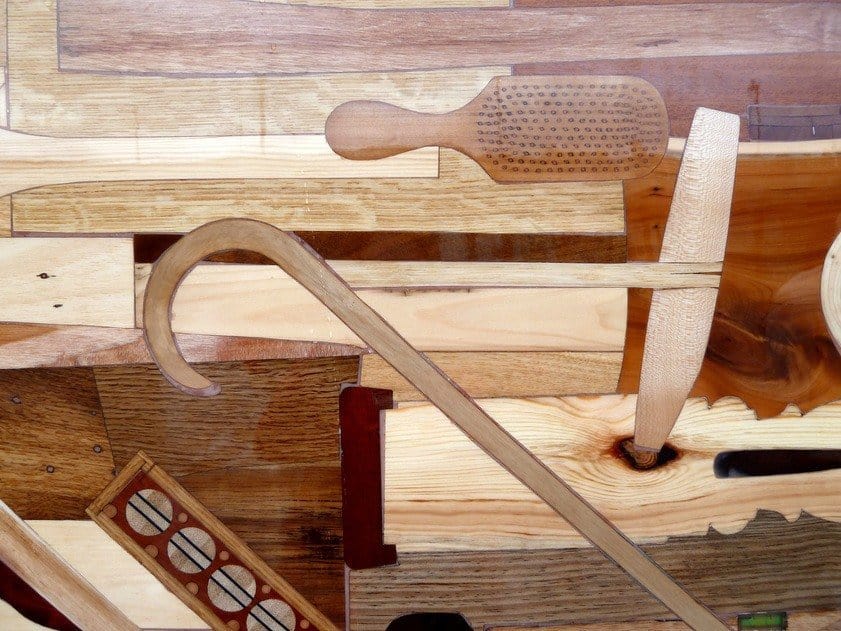 The 30ft yacht is able to reach speeds of up to 20 knots. It visited Portsmouth, Margate, Brighton and Hastings on it’s voyage along the South Coast. It completed it’s journey at the Olympic sailing venue in Weymouth, Dorset, in time for the games in August 2012.

Read more about this fascinating boat at  The Boat Project. 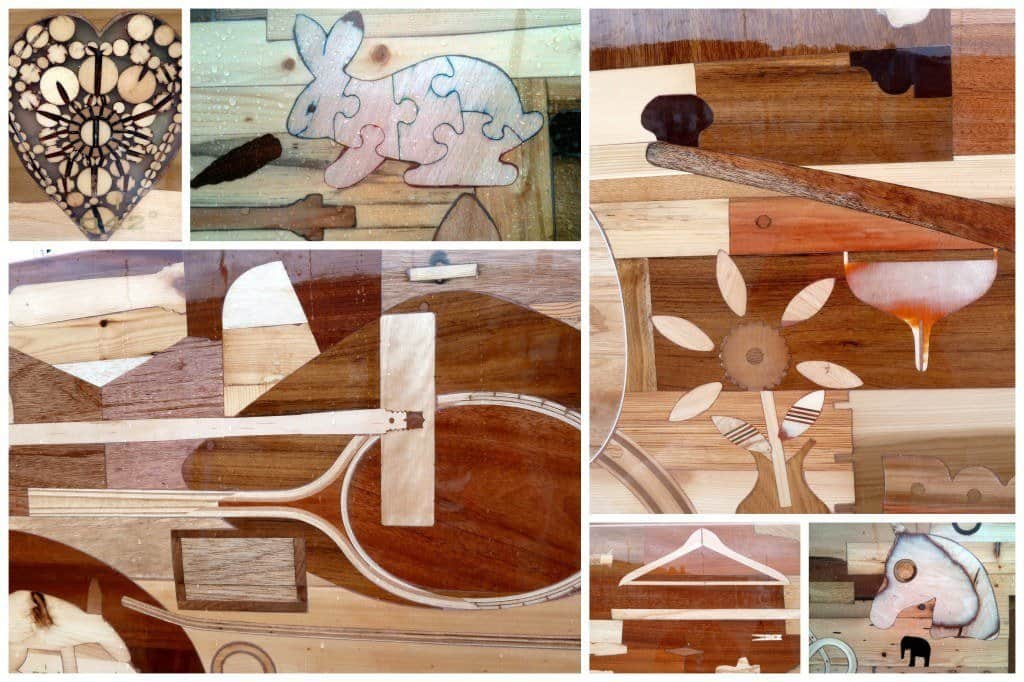 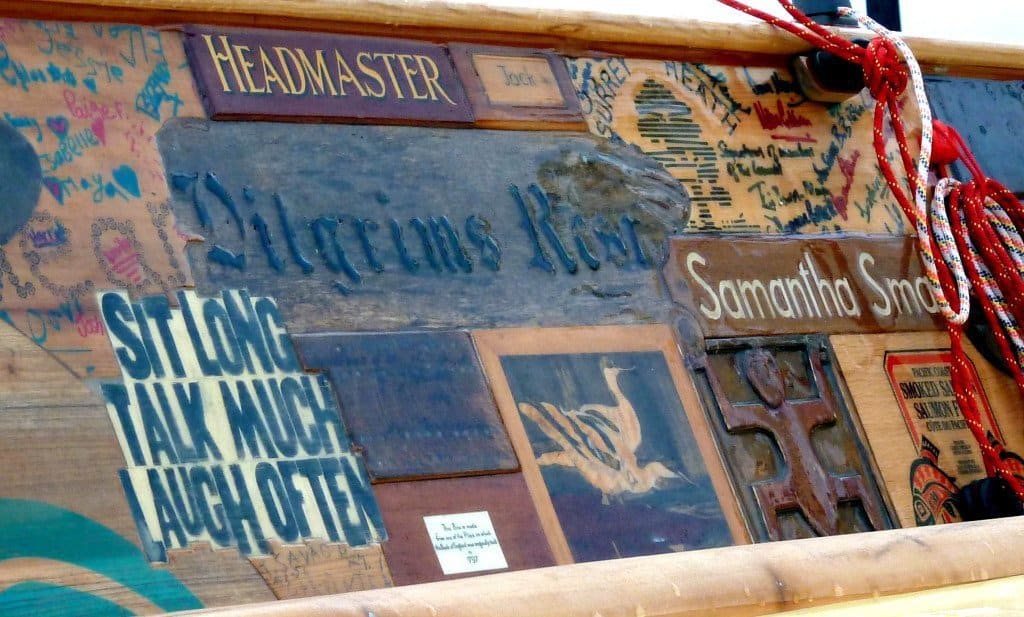 Just found this post, Suze, and I remember seeing the TV coverage too. Lovely to see the completed article and what a wonderful project. (is that "travelbunny" in that last sequence of photos?)

Ha ha - I wondered if anybody would notice that!! :D

What a wonderful concept beautifully realized. I'd not heard of this project and am glad I did, so thank you for sharing!

My pleasure! I was intirigued when I first heard about it and so glad that I had an opportunity to actually see the boat.

A very interesting post. When I saw a news item about this boat on the TV, I wondered how well the hull would withstand the attacks of seawater. It will be interesting to see.

I do hope it holds out long-term Dave

What a beautiful and creative concept! Would love to see it myself.

That really is amazing. I wish I had known about it sooner as it must have gone past where i live. Never mind, at least I've seen your pictures. Beautiful!

You might have had to get your binoculars out when it went past your place!