A tour of London’s iconic neighbourhoods to seek out the city’s sweet treats is the perfect antidote to a wet winter’s afternoon. Sampling delectable desserts and feasting on fabulous chocolates whilst listening to tales of the rich and famous turned a dreary afternoon into a sugar rush full of fascinating facts, fun and the sweetest of surprise endings. Come with me on a luxe London dessert tour of the city’s sweet spots with Urban Adventures.

Our meeting point was Piccadilly Circus, in the West End. Under the watchful eye of Eros, we met up with Lindon our guide and raconteur for the afternoon. Eros stands right between Mayfair and Soho – the neighbourhoods where the tour takes place. Lindon handed round delicious Danish pastries to get our taste buds into gear together with a bottle of water and off we went. Lindon led us on a moveable feast of sweet treats paired with terribly British institutions, snippets of London gossip and insights into the lives of the rich and famous. 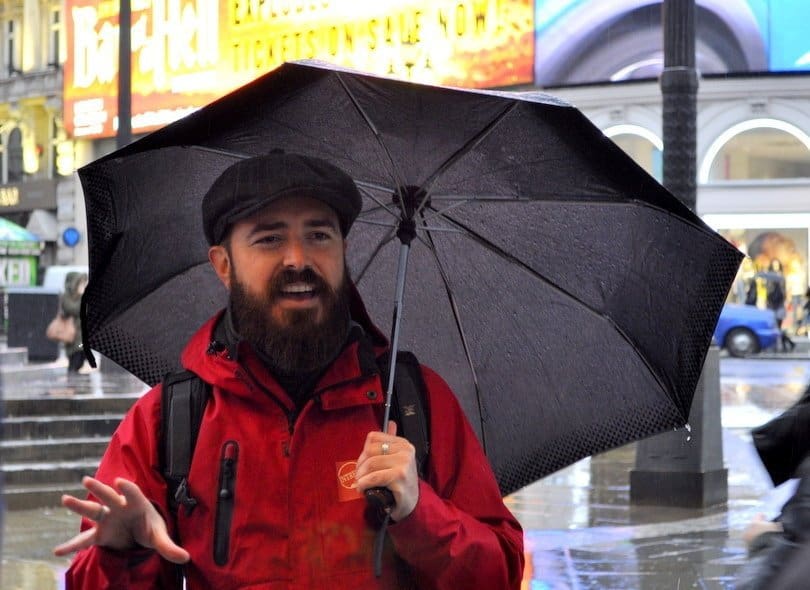 After poking our noses in at Hatchards, London’s oldest bookstore, we arrived at our first stop. British institution Fortnum and Mason purveyors of ‘Christmas in a basket’, aka the luxury hamper. Fortnum and Mason was founded in 1705 by Hugh Mason, a small stall holder. With him, William Fortnum, footman to Queen Anne’s household, had the ingenious idea of selling on Queen Anne’s half burnt candles for a profit in Mason’s small store. Nowadays the store is the Queen’s official grocer and the rest is history. We gazed entranced at the Christmas window displays and drooled over a cabinet bursting with glacé fruits – apparently the Queen is rather partial. A taste would have been nice but our next stop was calling. 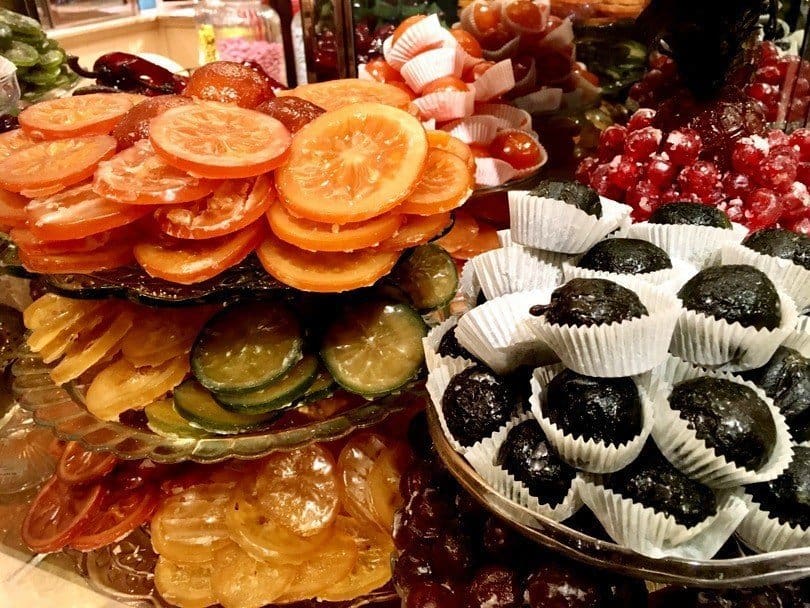 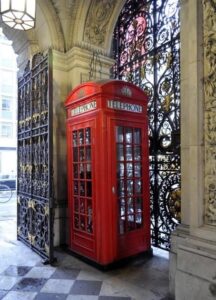 We took a quick detour en route to our next stop to check out a very British icon. The red telephone box. An original 1928 telephone box nestles under the archway of the Royal Academy. I remember whenI was a kid in the days before the invention of mobile phones. I’d go to the telephone box on the corner, with a handful of 2p coins and chat to my friend until the ‘pips’ went. Yes, I’m that old! The telephone box is one of the original wooden prototypes and stands in its original location. A nice blast from the past.

For our next stop we’re back on the luxury trail and heading for the elegant Burlington Arcade. The shopping arcade connects Piccadilly and Bond Street and is so exclusive that it has its own minders or ‘beadles’ who patrol the arcade dressed in traditional uniform. Built “for the sale of jewellery and fancy articles of fashionable demand, for the gratification of the public” Burlington Arcade is an iconic shopping thoroughfare. 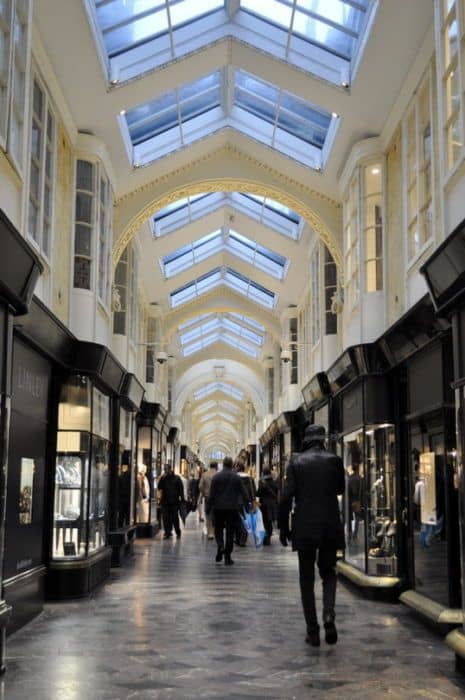 We were indeed gratified to find a Ladurée in the arcade. Ladurée is famous for inventing the double-sided macaron – two delicate almond meringue discs in an array of colours and flavours, joined in the middle by a creamy ganache. Ladurée sell 15,000 of these little gems daily. The shop front looks like a jewellers with row upon row of brightly coloured macarons to tempt the passer-by. Macarons were purchased and we all ummed and ahhed over this little box of happiness. Which flavour to choose? 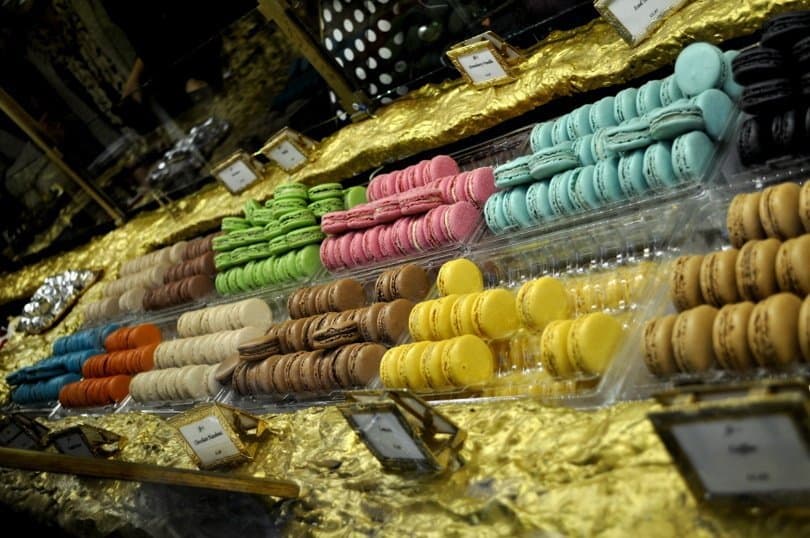 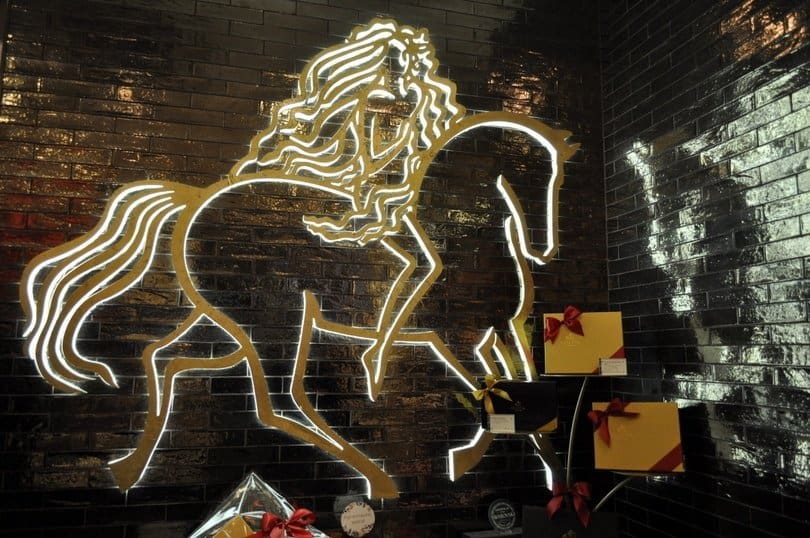 Time for chocolate and where better to indulge in a chocolate fix than the Godiva flagship store in Regent Street. Godiva started making chocolate in 1926 in a small Brussel’s workshop and today Godiva chocolate is available in 80 countries around the world. This shop is chocolate heaven. Counters are piled high with truffles, ganache pralines and dipped fruits. So much chocolate, so little time… 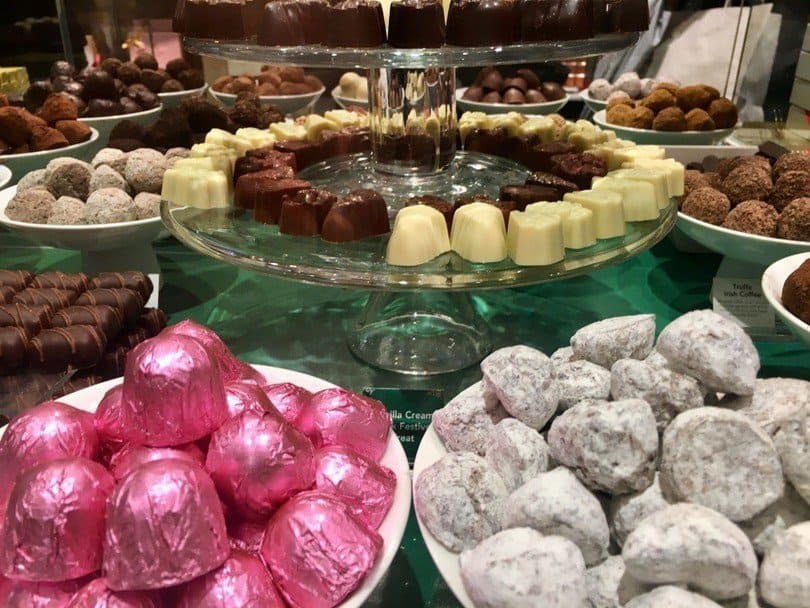 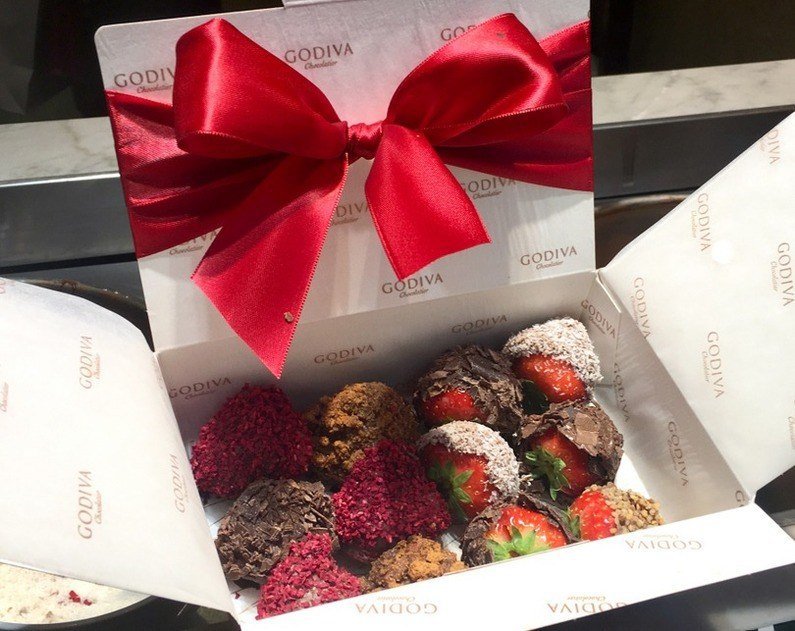 Lindon peppers the tour with London trivia and we see the the building where The Beatles played on the roof and pass by The Bag O’ Nails Club where Jimmi Hendrix played and where Paul McCartney met Linda. En route to Carnaby Street it would appear that the happiness box is doing the rounds again and there’s another macaron for everybody. Can this day get any better? We make a quick detour through the Liberty store. A girl can’t go to Carnaby Street without dropping by Liberty. The Christmas windows are enchanting. 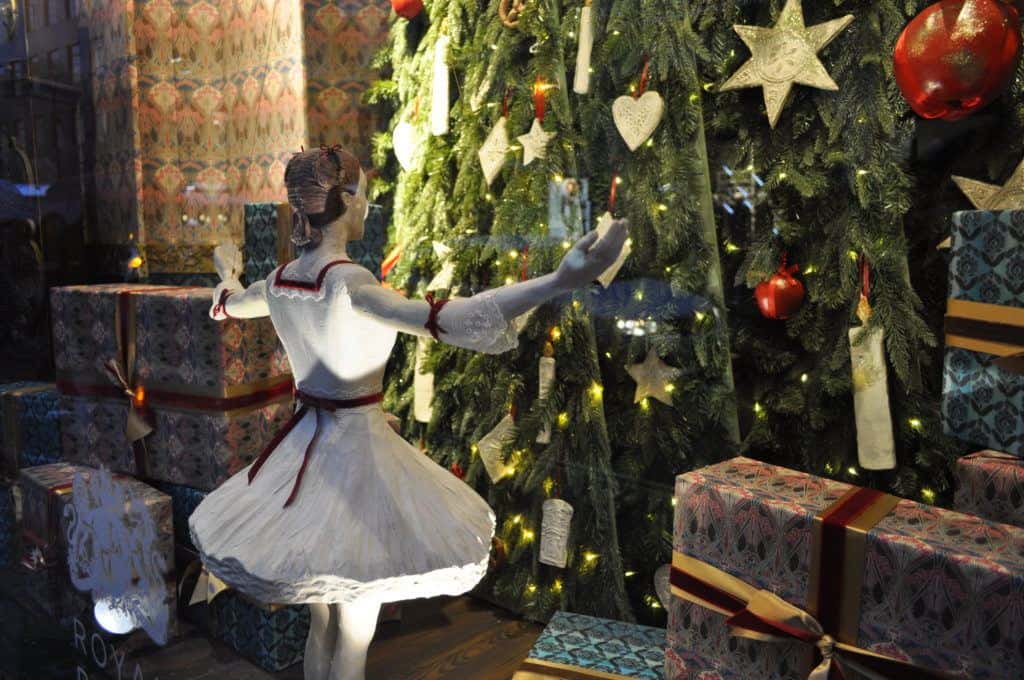 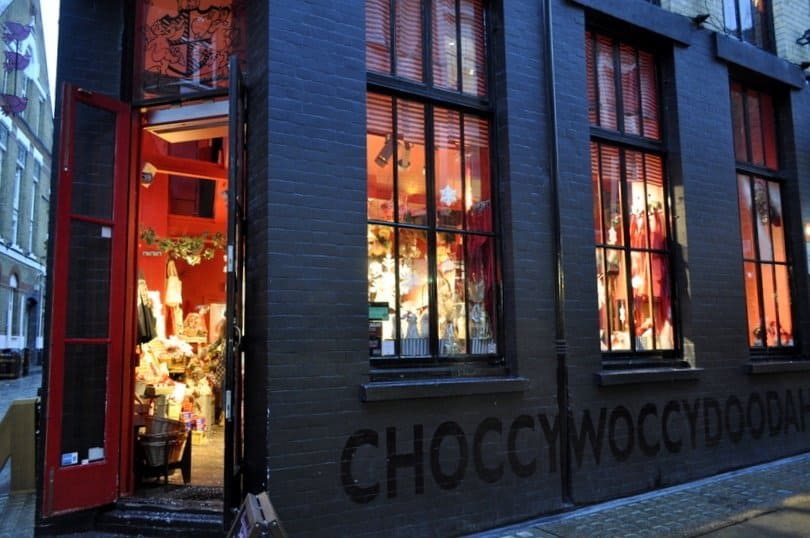 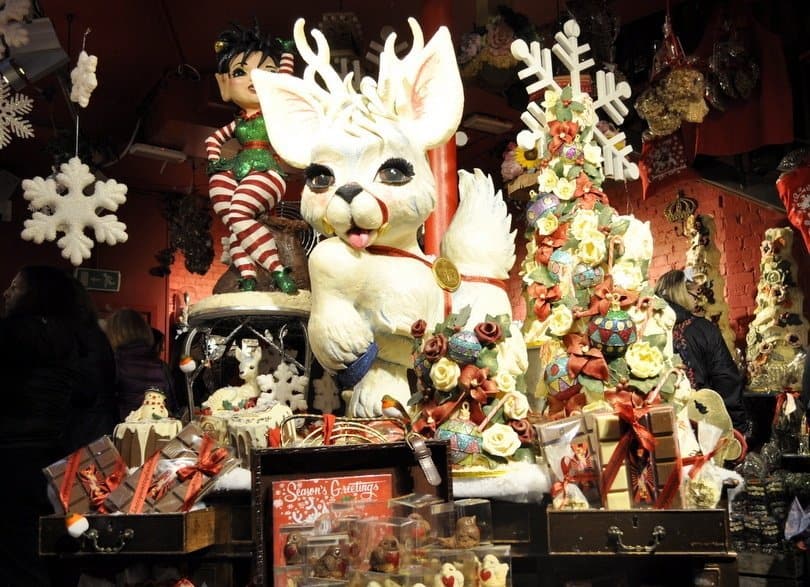 Our 2.5 hour tour ends up in a secret destination with a setting the Mad Hatter would feel at home in. Huge helpings of chocolate covered chocolate cake were served up, as much as we could eat and, of course, a nice cup of tea or two. Well, it is London. I’m sworn to sweet and silent secrecy and can’t impart the location of this little piece of chocolate heaven. If you want to find out you’ll just have to take the tour… 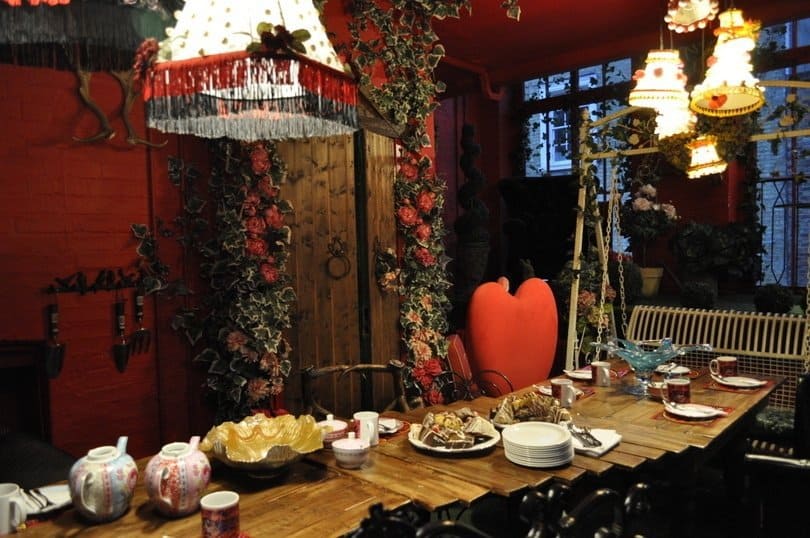 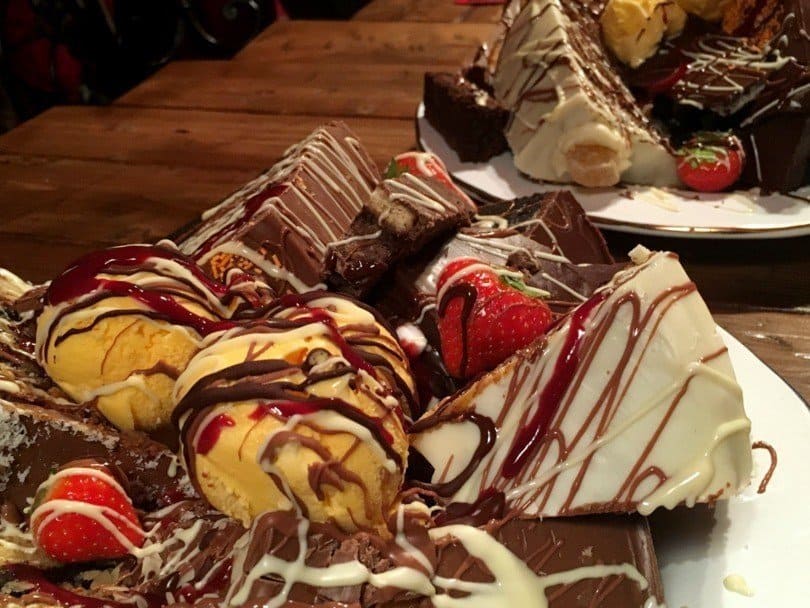 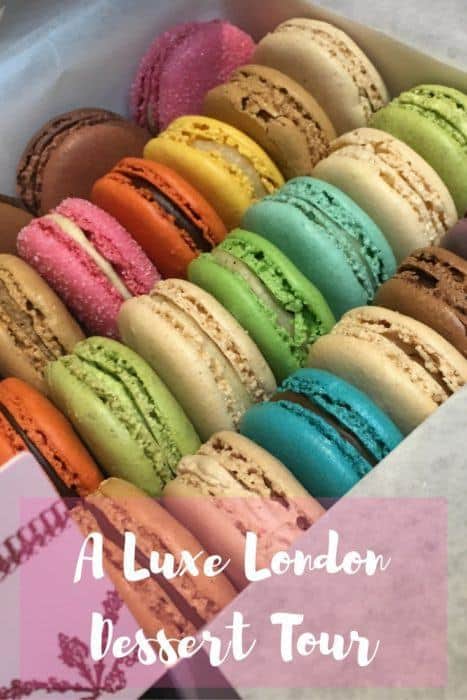 Disclosure: I was a guest of Urban Adventures on this sweetest of tours. However, all views, and total love of macarons, are entirely my own.