I’ve just spent a fabulous week in Bologna, with Blogville, sampling some of Emilia Romagna’s incredible cuisine, sights and culture – and wow does it have some winners.  Bologna’s known as the food capital of Italy with good reason and as Parma and Modena are nearby they also bring their fair share of flavours to the table.  Bologna’s an old city and is endowed with a wealth of culture, history and art – it’s also beautiful just to wander around. 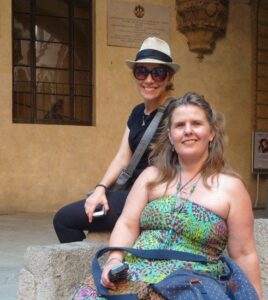 My Blogville housemates this year were Kathryn from ‘Travel with Kat’ whom I met for the first time last year in Rimini and Rachelle from Florida; a food and travel writer at ‘The Travel Bite’. Master of the House was, again, Nicholas Montemaggi who kept us enthralled, entertained and very busy with a brilliant itinerary.

Here’s a little teaser of what we got up to and what I’ll be sharing with you in the next few weeks – of course, there’ll be photos, recipes and fun stuff too.

It’s always good to get your bearings so I think a photo tour of the city is in order.  Bologna has some unique ‘features’ which shouldn’t be missed including towers, statues, it’s beautiful porticoes and, strangely, an unusual variety of knobs and knockers – the city’s full of secret delights and I’ll be sure to let you in on some of them. 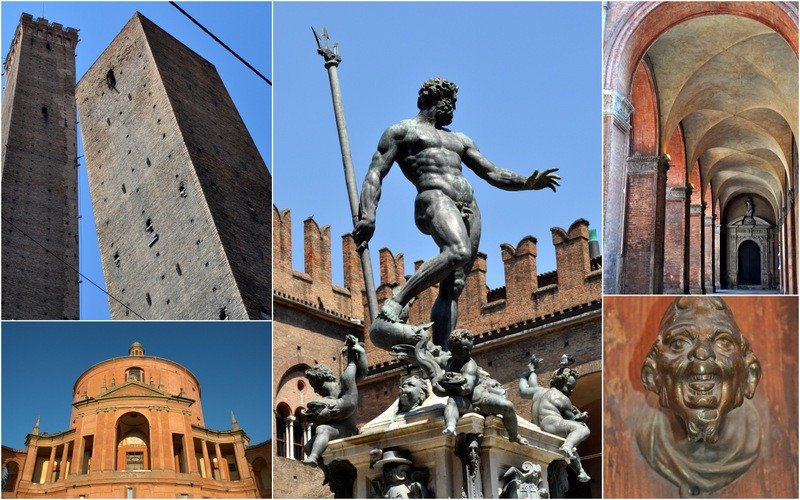 Italy’s tallest leaning tower is the Asinelli Tower at 85m high – so good I climbed it twice!  The sun wasn’t in the right place the first time so I hauled myself up the 498 steps a second time just to get the shots you deserve.  I’m so good to you!

We made it to the St Luca Basilica and Sanctuary of the Madonna overlooking Bologna just before they shut the gates at sundown.  This turned out to be the perfect time for some spectacular sunset views before walking back to the apartment via the longest portico in the world.

We ventured farther afield and for the petrol-heads we’ll take a pit-stop at the cooler than cool Museo Casa Enzo Ferrari in Modena and I’ll introduce you to San Marino; Europe’s third smallest republic with the biggest views and where the 2013 MotoGP Grand Prix is being held this weekend. Ravenna and its beautiful mosaics, both old and new, was an inspiration and home to some delightfully quirky features. 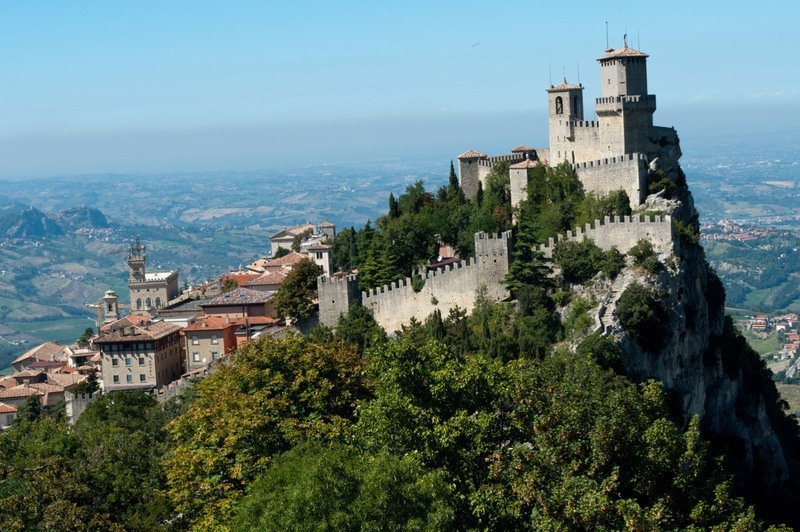 As Bologna is the food capital of Italy there were lots of culinary outings, including a trip to the Gelato University, where I discovered the world of artisan gelato and how it differs from ice cream.  I may even share a sorbetto recipe with you – quite healthy but tasting incredibly naughty – my kinda food! 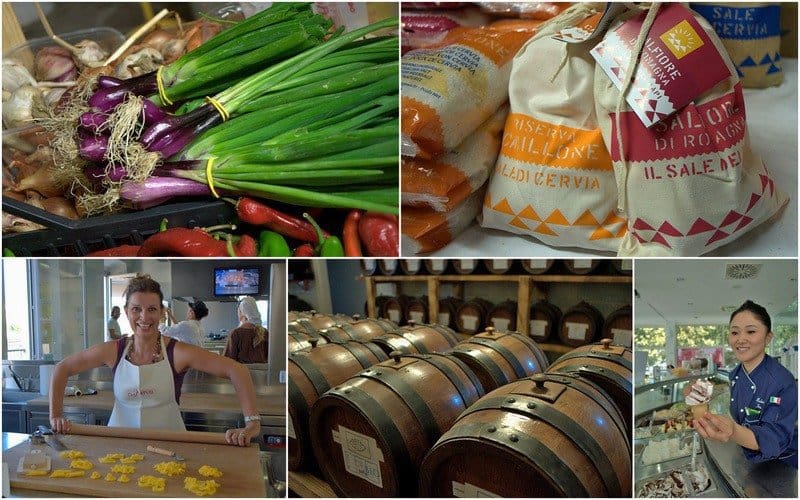 We wandered around Modena taking in the sights and smells of the food market and visited Roberto at Guiseppe Catano where they’ve been making exquisite Balsamic Vinegar for five generations.

Of course, Italy’s not Italy without pasta and we sampled some delicious lasagna at Cervia’s Salt Festival as they celebrated the salt harvest. 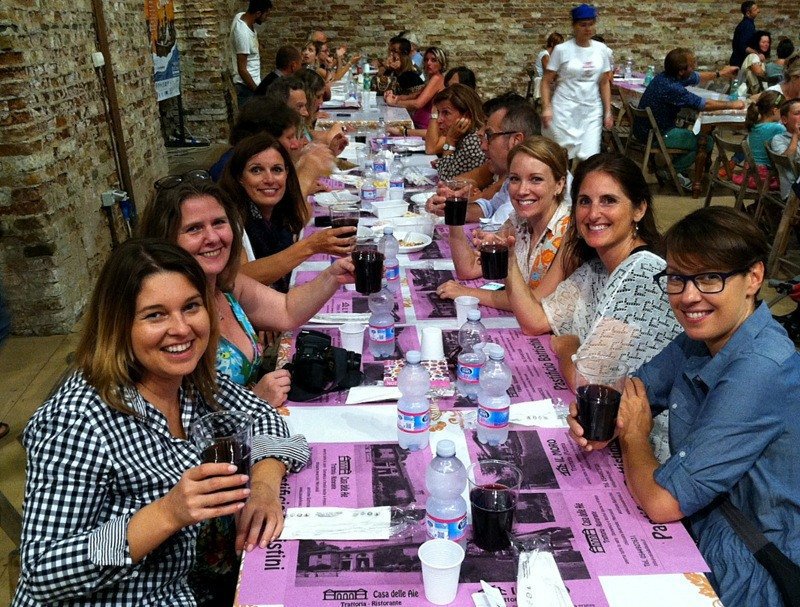 We had a giggle learning how to make pasta from scratch at Casa Artusi cookery school in Forlimpopoli where we cooked up a storm in the kitchen.  Talking of kitchens I’ll let you in on what happened when two top chefs met. Celebrity Turkish chef Arda Türkman was in Bologna filming for his TV series and met up with Michelin star Chef Agostino who cooked for us all at the gorgeous I Portico Hotel.

As you can see we packed a huge amount into just one week and had a wonderful stay in Emilia-Romagna.  I can’t wait to begin sharing it with you. Stay posted!