It was back to school for me this September and not just any old school. I went to the coolest school ever – the Carpigiani Gelato University, Bologna.  I spent a day learning about the history, science and the art of making artisan gelato.  If you know how much I love gelato (I can never eat ice cream again) you’ll realise how excited I was! 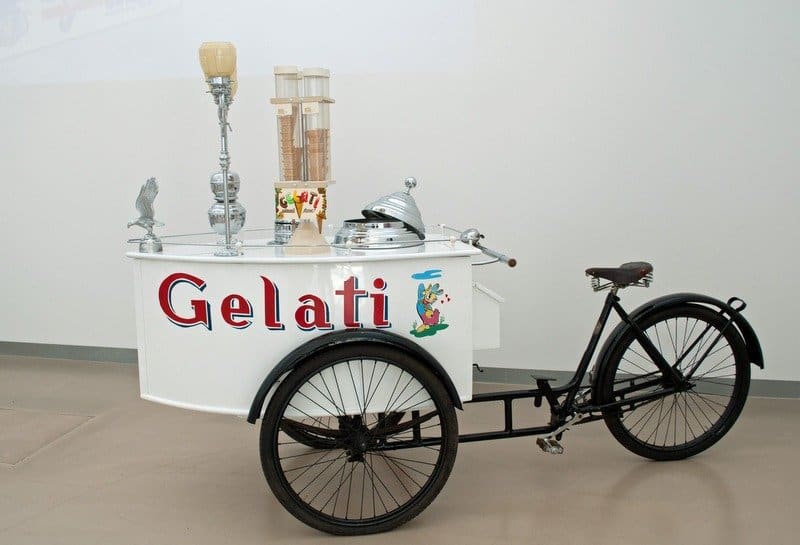 I took the number 87 bus to Anzola, a 40-minute ride from Bologna central, and arrived outside the factory gates. I then entered a world of meltingly, creamy, dreamy dessert heaven.

The first lesson was history and started with a guided tour of the newly opened Carpigiani Gelato Museum that showcases the complete history of gelato. Then we learnt how this heavenly confection came into being.

In the twelth Century BC people loved chilled drinks and flavoured ice. This was the precursor to gelato. Ice itself was then used as a tool to create luscious concoctions from milk and eggs. Recipes for gelato date back as far the seventeenth century and include flavours like truffle or bread gelato.

A nobleman wasn’t considered that noble if he didn’t serve gelato or sorbetto at his banquet. By the nineteenth century gelato was widely available and has since evolved to where we are today with gelato shops the world over. 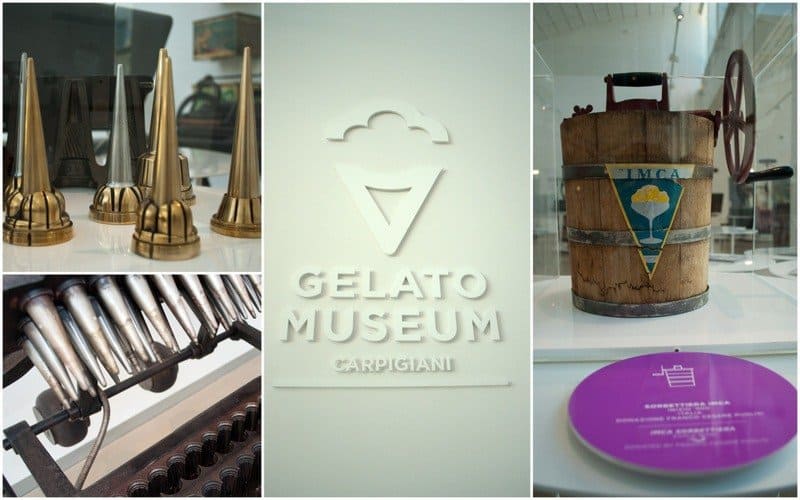 The museum is full of machinery – much of it manufactured by Parmigiano – and ranges from old wooden churns to some tortuous looking contraptions and gleaming fifties machinery.  Retro packaging is displayed along with a mosaic of photos showing how gelato has been enjoyed through the decades. 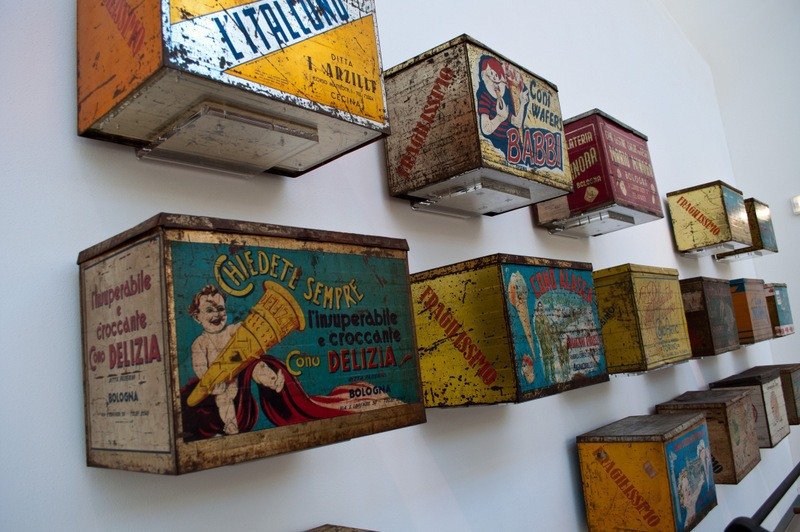 We finish at the museum and head back through the centre of the building passing a laboratory filled with gleaming machinery and stainless steel counters.  This is where students come to learn how to make gelato on a five-week course. Carpigiani Gelato also teaches how to run a gelato shop and sells the machinery to do it – a one stop shop and I’m sorely tempted… 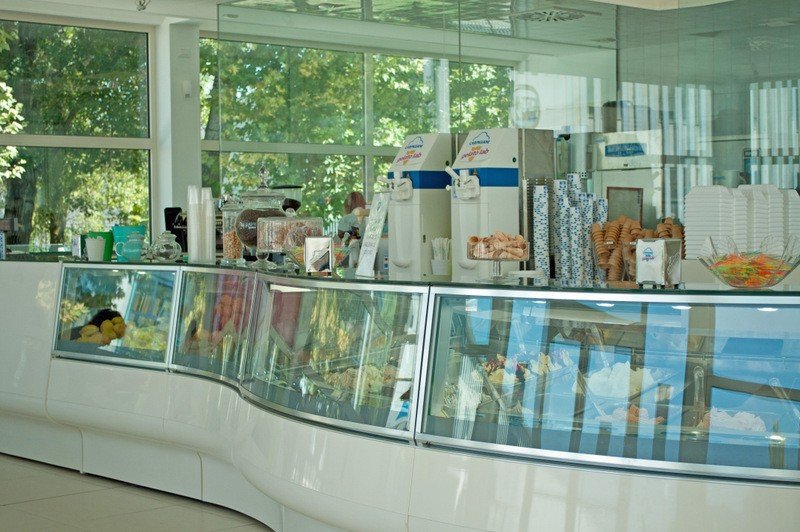 The Science of Gelato

Science class and I feel a brain freeze coming on!  We leave the museum and head for the Gelato Lab adjoining the factory which is light, airy and choc full of gelato and sorbetto.  Is this heaven on earth?  We’re greeted by Stella who introduces us to Makoto, master mixer, who has just put out a tray of chocolate bacon gelato – I repeat chocolate bacon!

The only limit to flavour here is your imagination and Makoto has turned it into an art form.  She presents us with a small tub and a little plastic spoon. I secretly wish the spoon is bigger. The gelato is already melting so I don’t waste any time and get stuck in. The intense chocolate is beautifully complimented by the salty bacon chips and it tastes divine. Surprised? You bet I was! 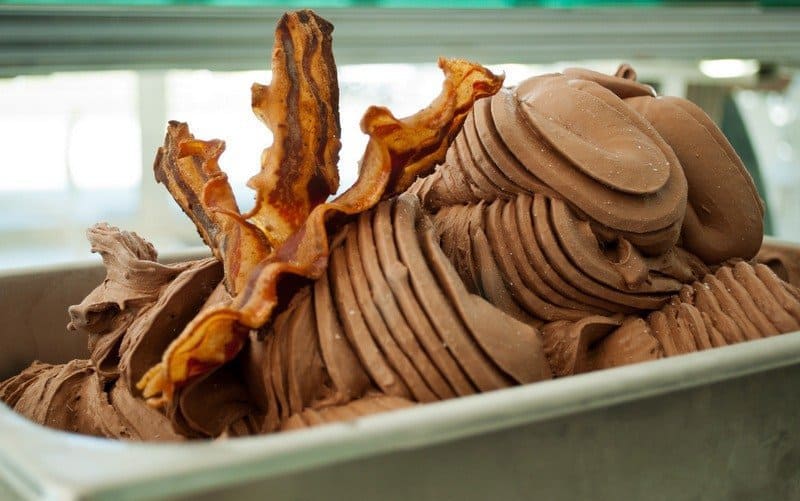 Now for the science bit which is actually a lot simpler than I expected. Makoto, translated by Stella, explains that sugars, milk, a little cream, a pinch of salt with a natural stabilizer are combined. The amount of sugar depends on which flavour is being produced and the small amount of cream added to balance the fat content and stiffen the mix during churning.

Milk powder helps absorb air which increases the volume by 30%. This mixture is poured into the machine which starts to hum and work its wonderful magic. 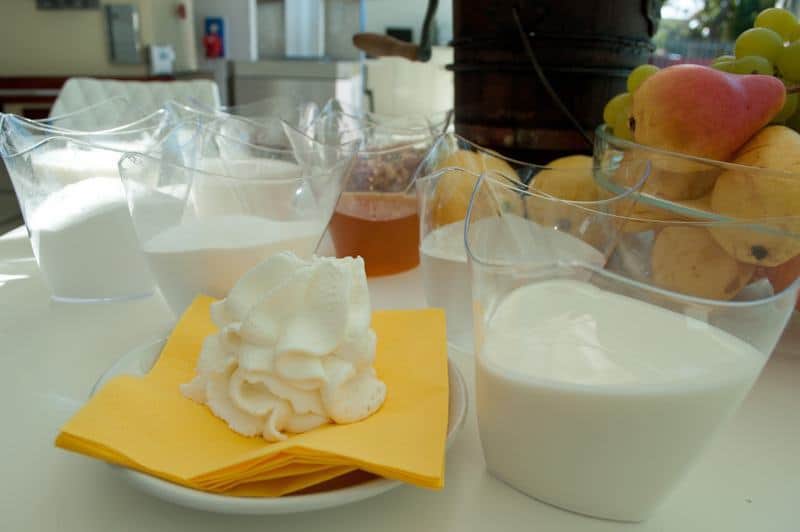 It’s ready in around 15 minutes and we scoop large dollops into a tray before drizzling it with chocolate sauce.  I suddenly feel the urge to bury my face in that tray but manage to hold back. 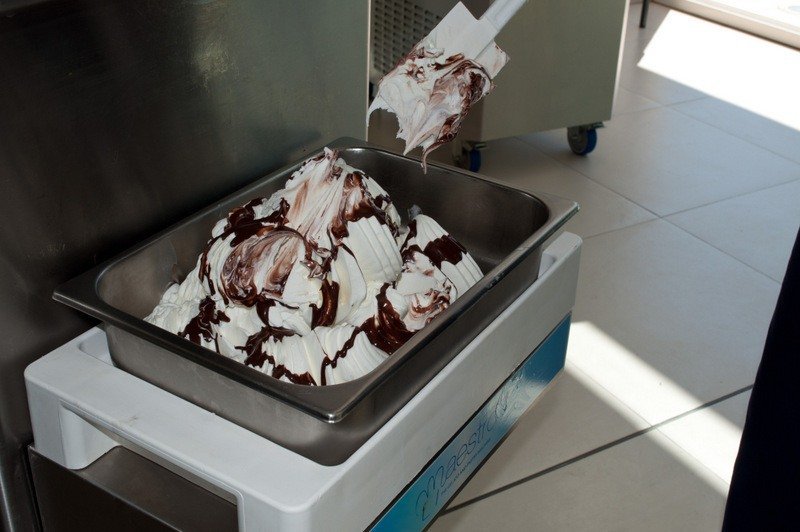 We sample the gelato that we helped to make. The velvety soft texture tantalises my taste buds before the flavour takes over in a perfect combination of vanilla subtlety and a rich chocolate hit.

How to tell if Gelato is authentic

Gelato is not frozen – it’s made fresh in small batches which means you won’t see real gelato piled high in containers. It’s one of the main ways to tell if you’ve found yourself in an authentic gelato shop. Does the shop have a gelato machine? If not odds are they’re buying it in and it’ll be frozen.

Do you need sunglasses? If the colours of the gelato are full on dazzling it’ll have additives and E numbers. Real gelato is made with fresh fruit and has a muted natural look not full on colour. If the gelato has a shiny cast then it’s probably contains more fat.

How to make sorbetto

Next up is maths. We’re looking at percentages and we’re taught how to make sorbetto. Just three ingredients; water, sugar and fruit but the combinations and amounts depend on the type of fruit used. See the handy chart below. We tasted some sorbettos which were very creamy and not at all icy as I’d expected. I chose two flavours; melon and fig – both delicious of course.

Sadly our day at The Carpigiani Gelato University had come to an end but we’re happy, tired and stuffed full of gelato.  But that’s not quite where it finishes – there’s homework to do.  I’ll post a sorbetto recipe and step-by-step guide to making it so you can join in the fun at home.  Let me know what fruity flavour you fancy… 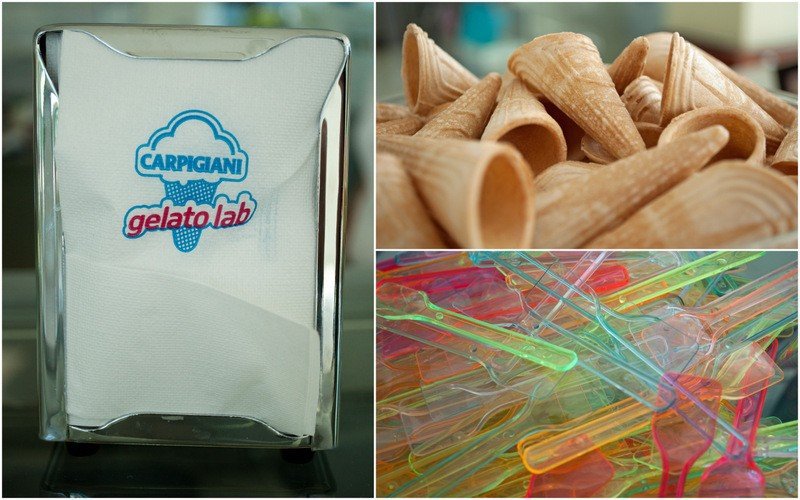 If you’d like to visit the free Gelato Museum it’s open to the public but you’ll need to make a reservation in advance. Details on the website. 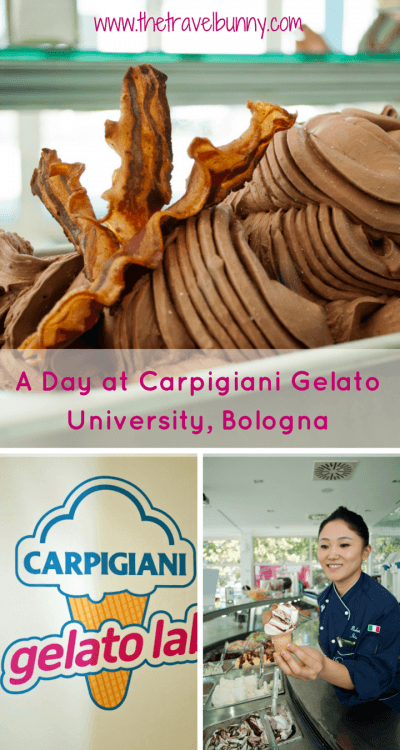