The Battle Marbles Competition ‘flicked off’ on Good Friday against the stunning backdrop of  Battle Abbey. Clear blue sky and wall to wall sunshine helped set the scene nicely for this springtime event which has been running for over 60 years. 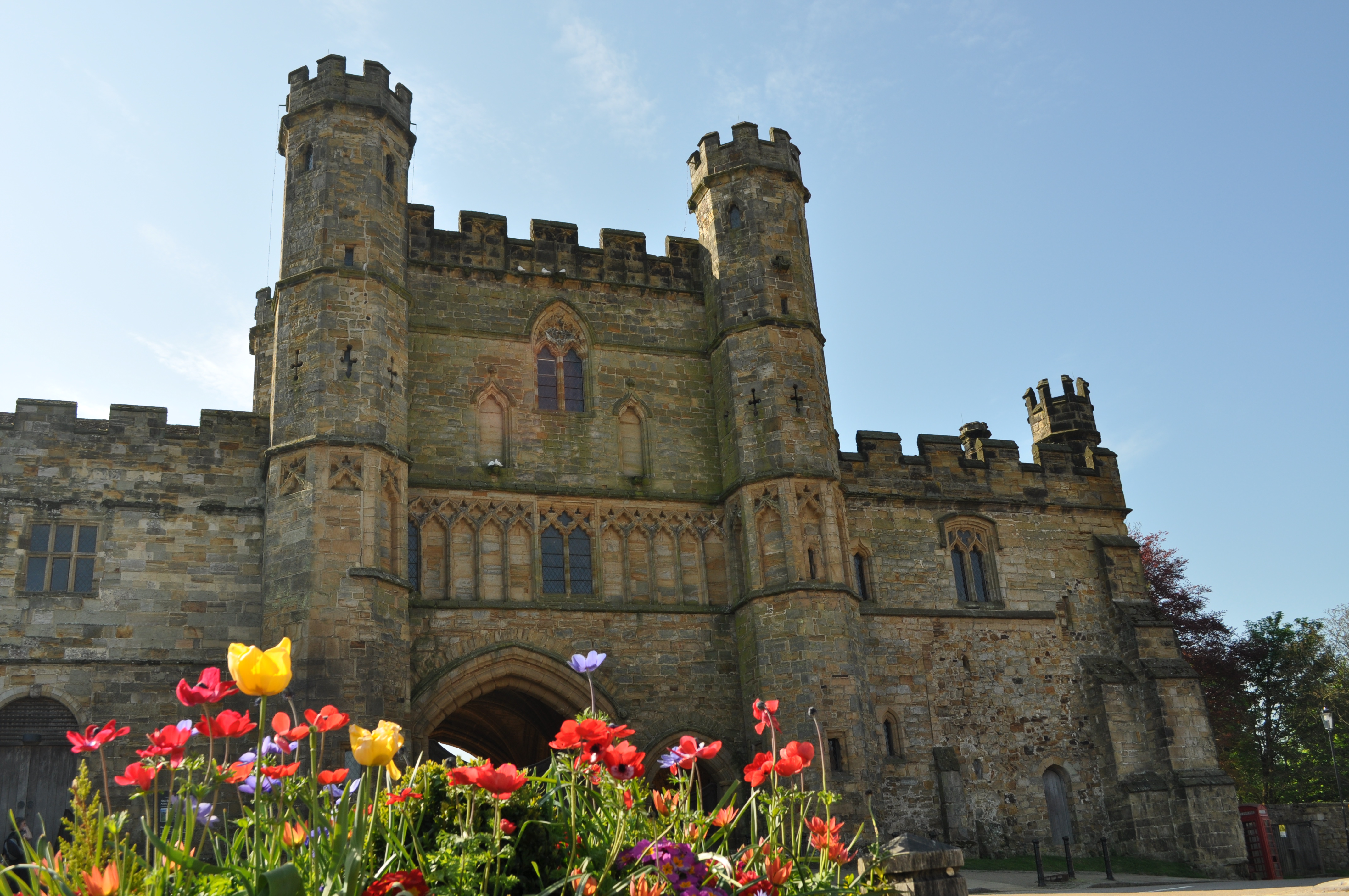 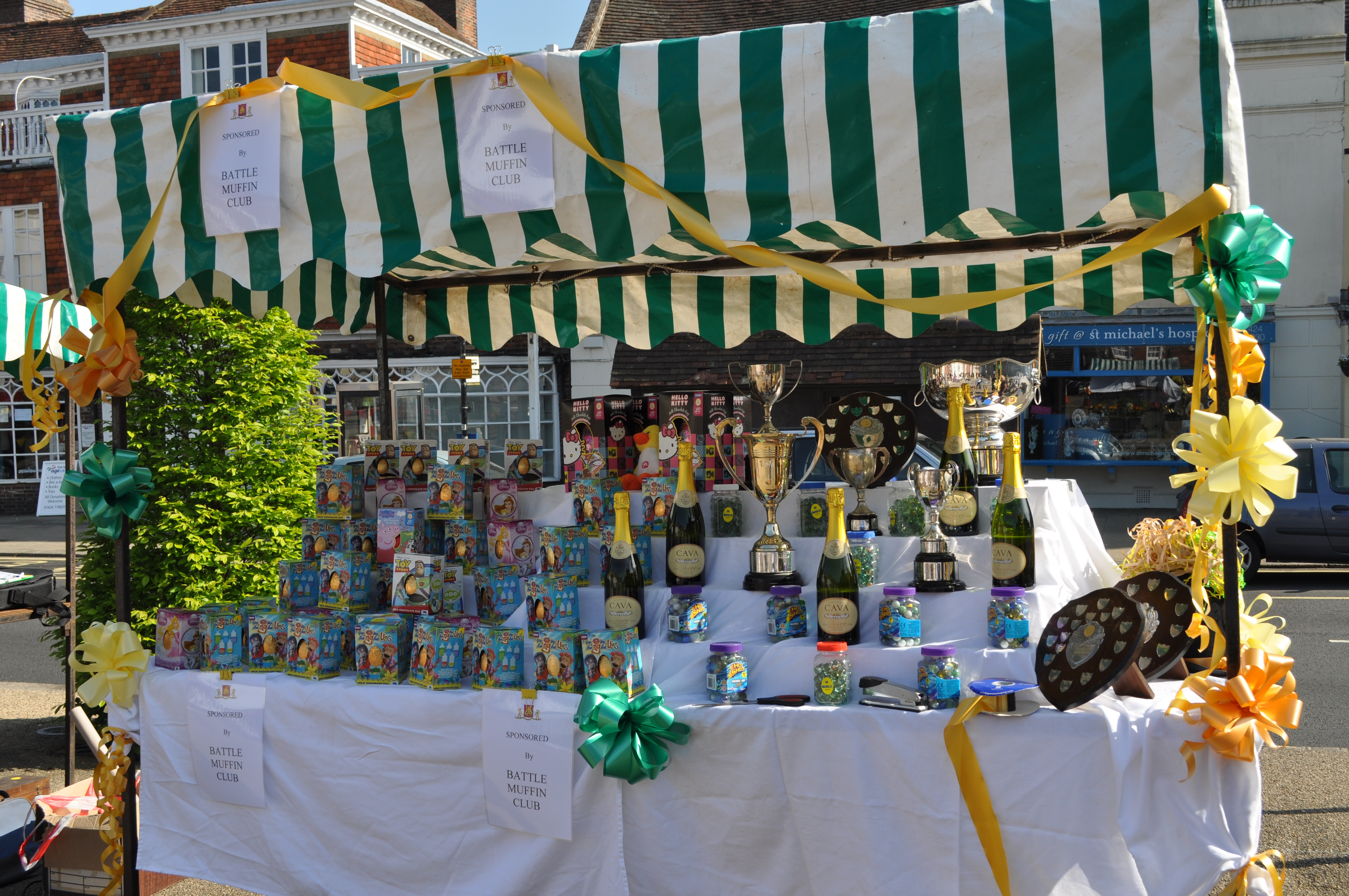 Every year the people of Battle in East Sussex dress up, turn out and cheer on teams as they spin off in the Good Friday marbles competition. The 20 teams competing this year were sporting some cleverly-made costumes.   Giant-sized blue and yellow Lego men, from Battle Men’s Club made an impressive entrance as they strode into the arena to the amazement and delight of the youngsters. For details of this year’s event scroll to the end. 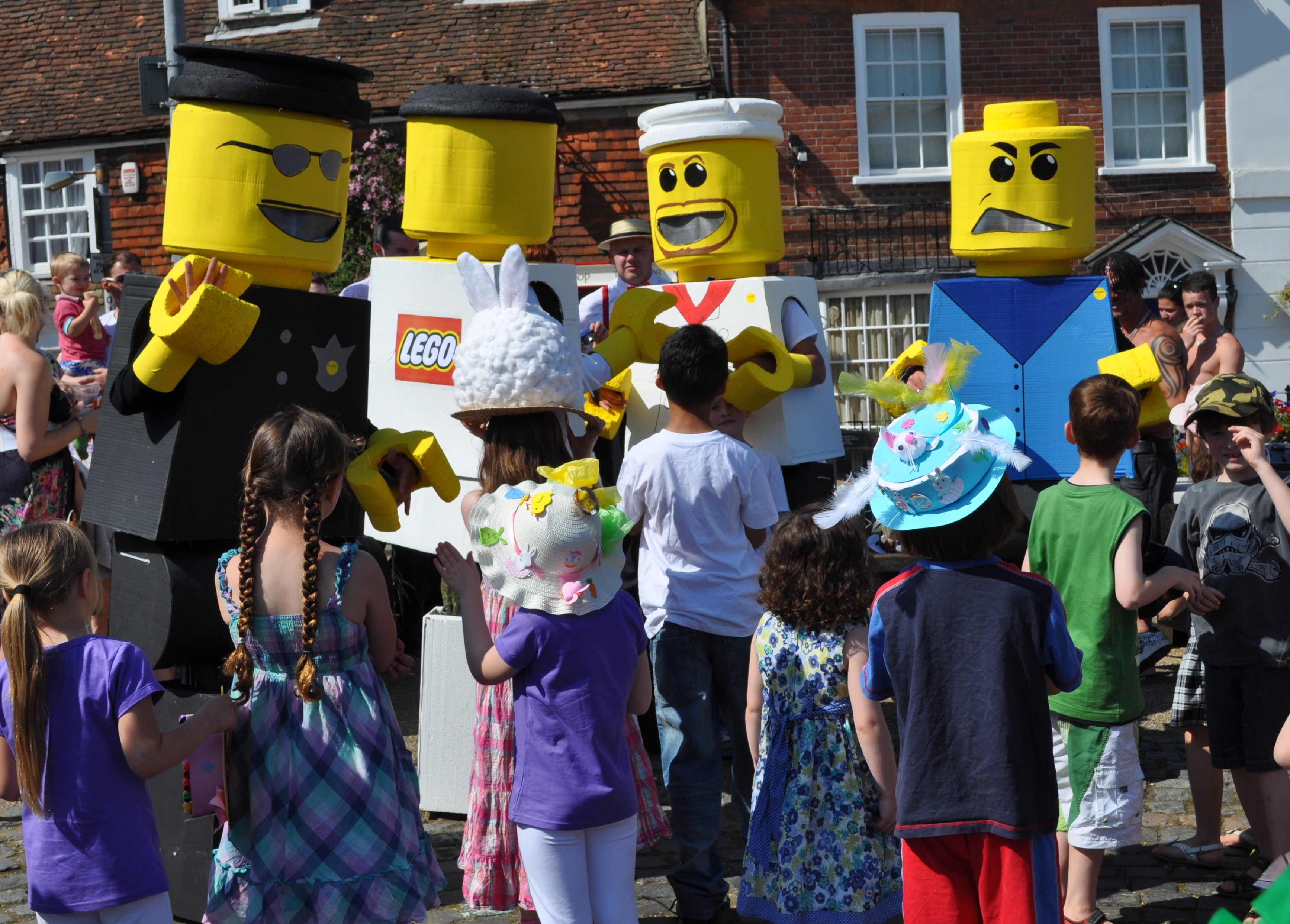 The Senlac Pub took the healthy option offering ‘five a day’ with their two teams of overgrown Fairtrade fruit and veg; some green fingers most definitely at work here.  A Geisha team graced us with their presence as did Dad’s Army lookie likies, some shifty looking suspects from the Cluedo board game, and five Kate Middletons no less.  Also making an appearance were the Medieval Maids, a Day at the Races team, blokes in frocks (not sure if this was a team or not!) and scantily clad young ladies – just as well the sun was out… 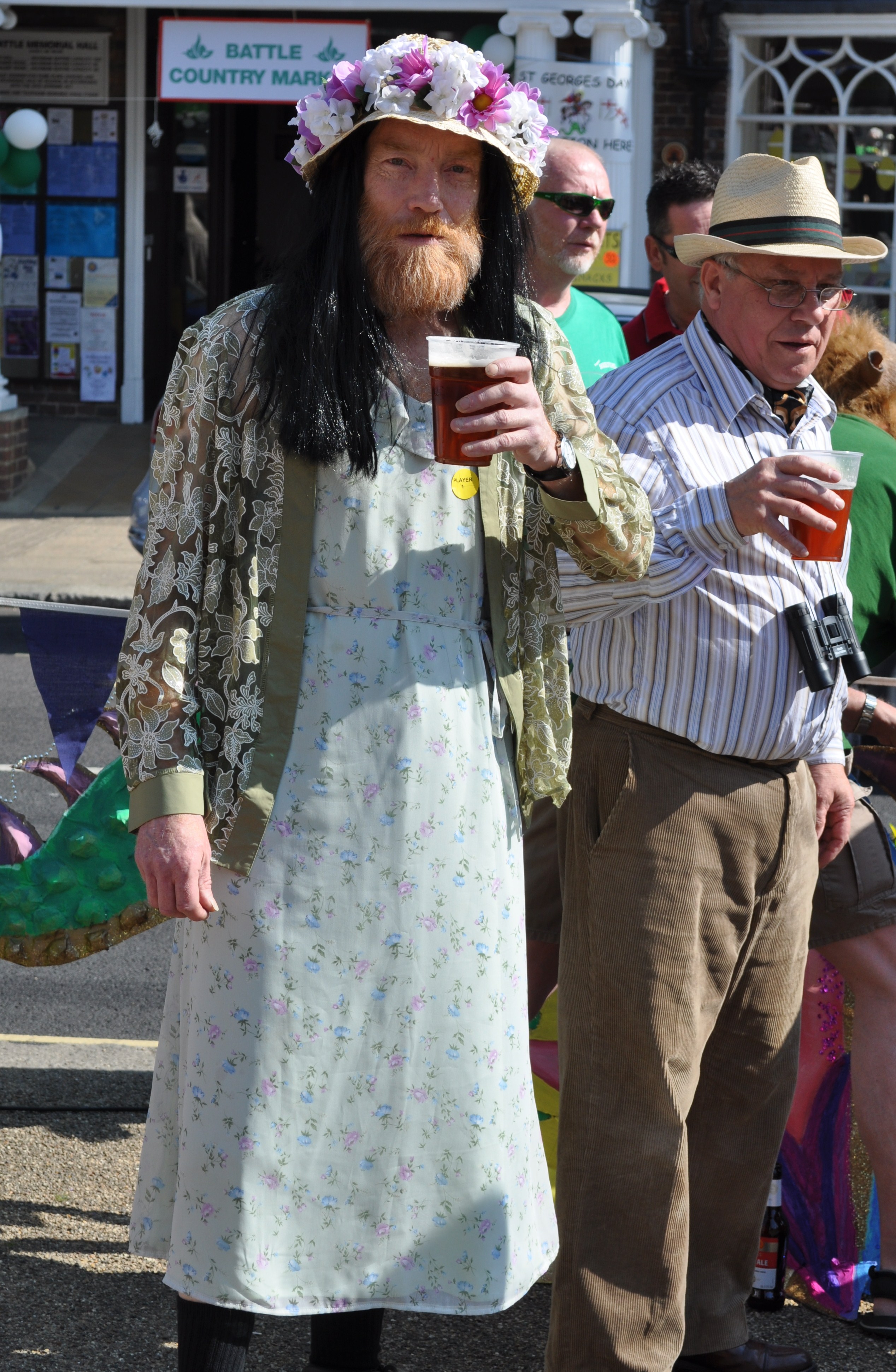 Now marbles is a serious business and there are rules to be obeyed – strictly no stepping over the line, the umpire’s decision is final and shame on anybody caught ‘donkey-dropping’ – one’s marble should always be rolled you know. 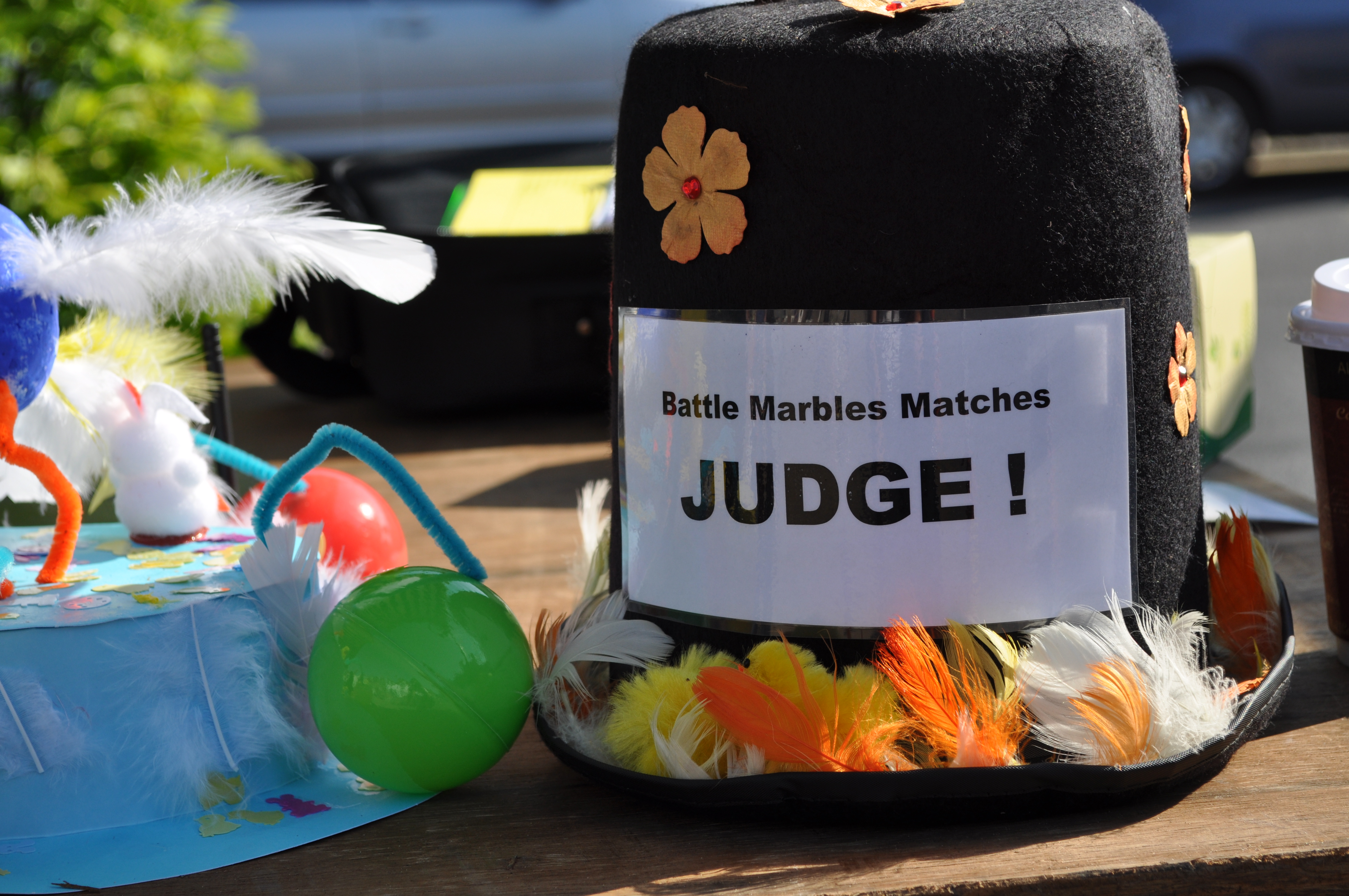 The tournament went well, although Miss Scarlet had a few problems with her evening dress, and was forced to hitch it up before rolling her marbles which slightly distracted the gentlemen barber singers in the team next door. 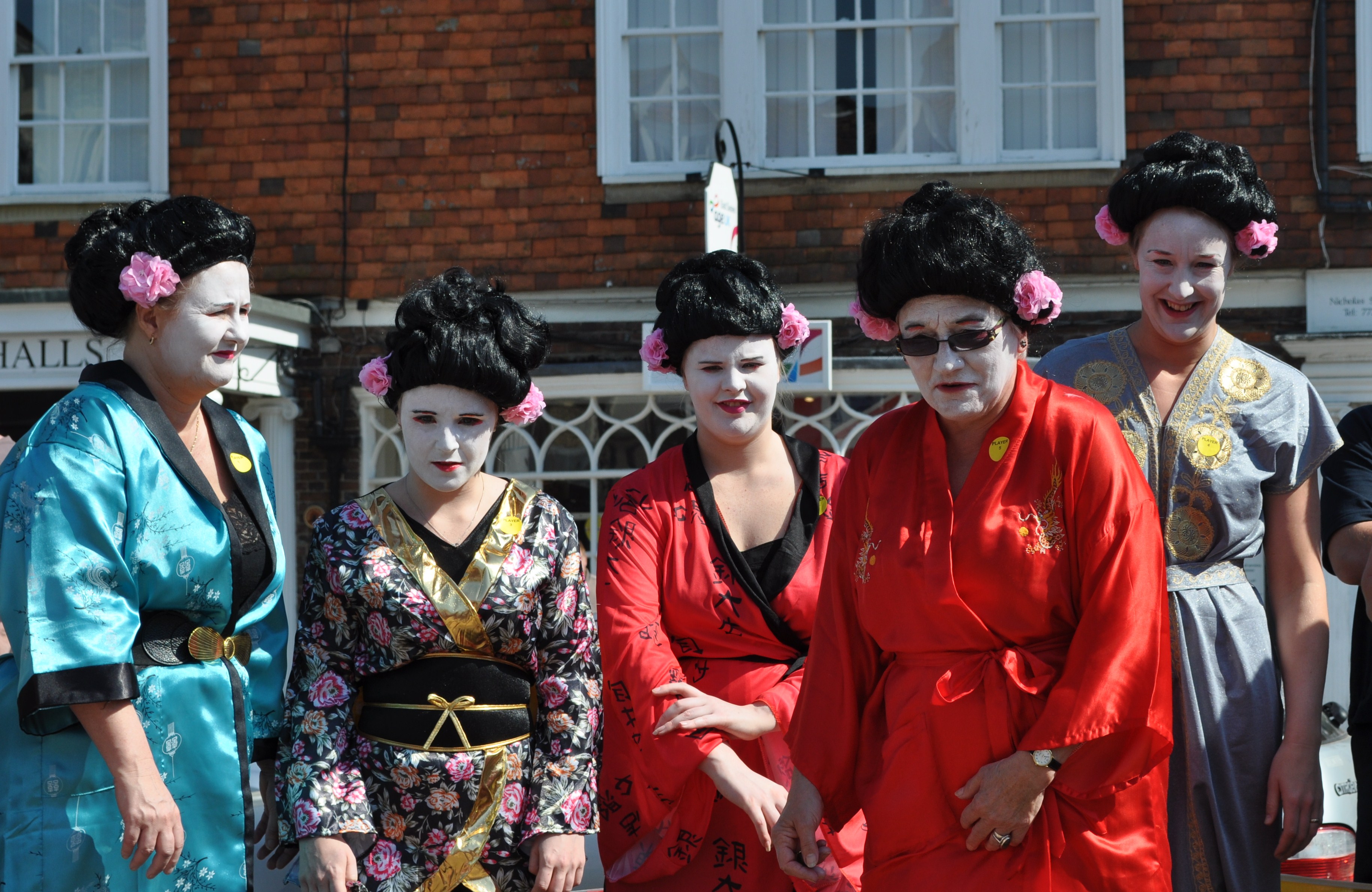 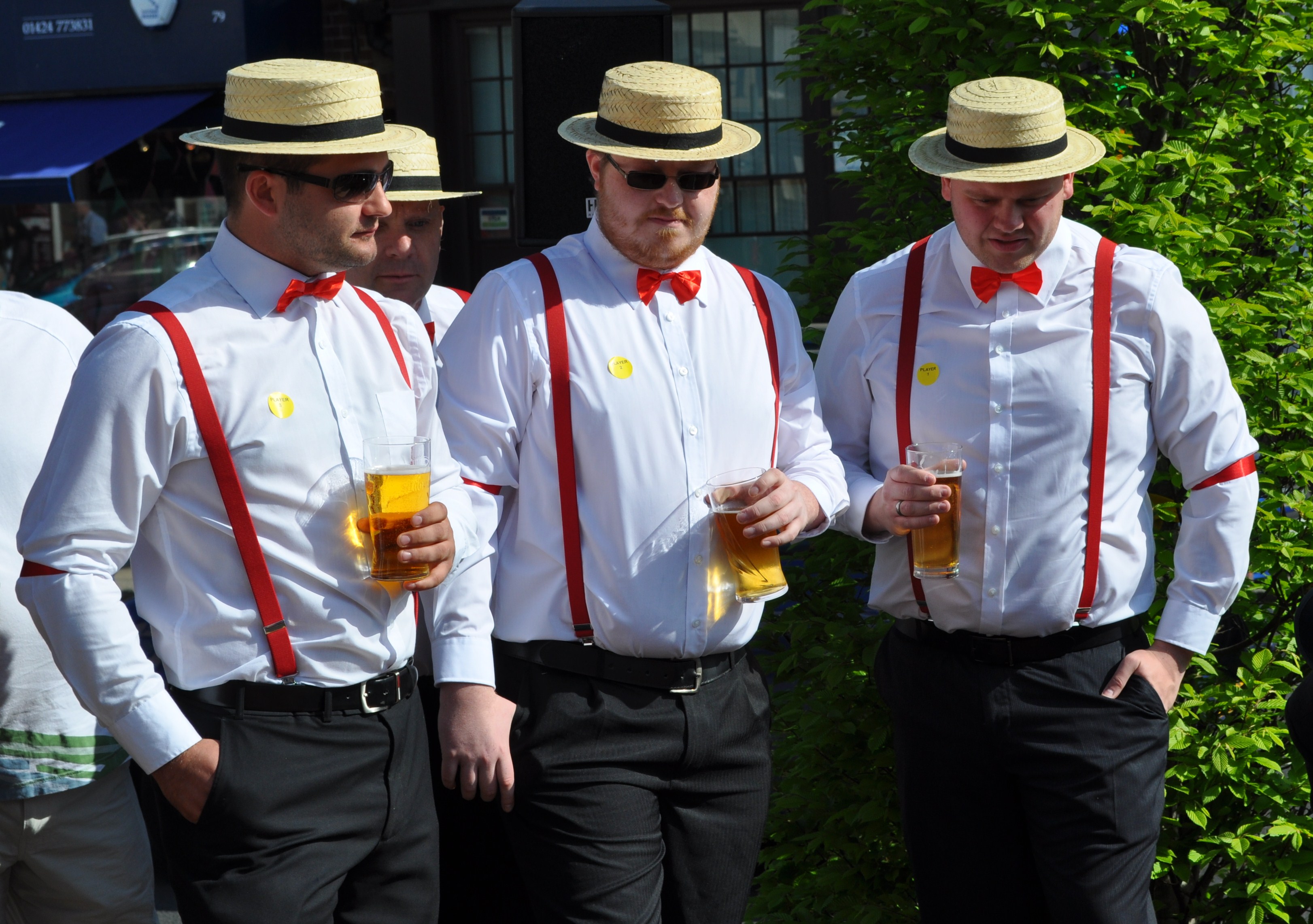 The broccoli put to good use a nifty backspin which sent the Geishas into a complete flurry, however, Captain Mainwaring remained calm throughout ensuring that his team followed orders to the letter, even Pike. 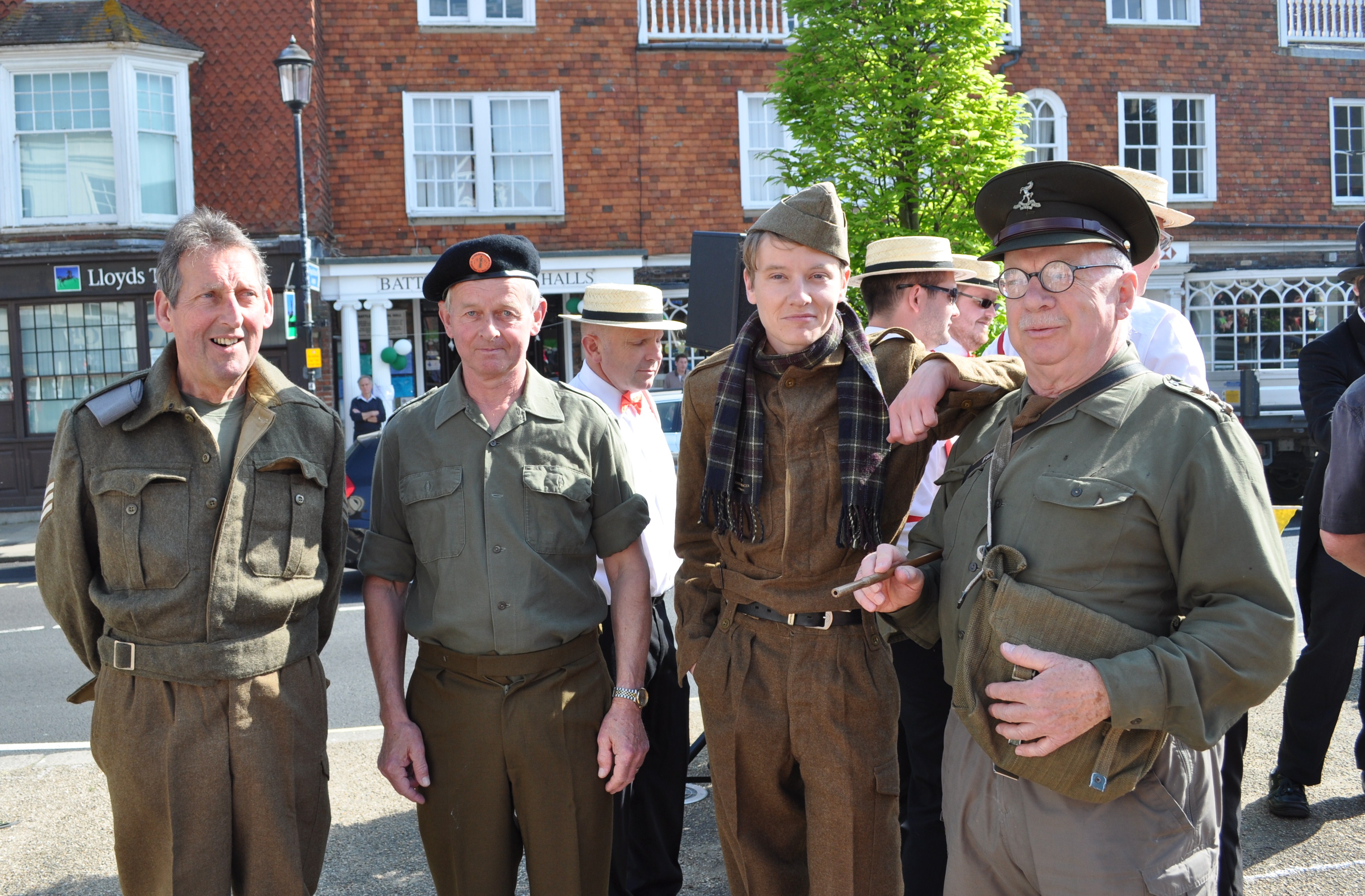 The Abbey Hotel did a good job keeping the teams and audience refreshed and an infectious buzz filled the air as the crowds enjoyed the entertainment and the sunshine. Cheers of encouragement as teams got through to the next stage mingled with groans of disappointment as shots went awry and childrens’ excited chatter all added to the lively atmosphere.

The Lego men scored a double whammy winning first place in the men’s fancy dress with their hand-made costumes and coming out top in the marbles competition itself. 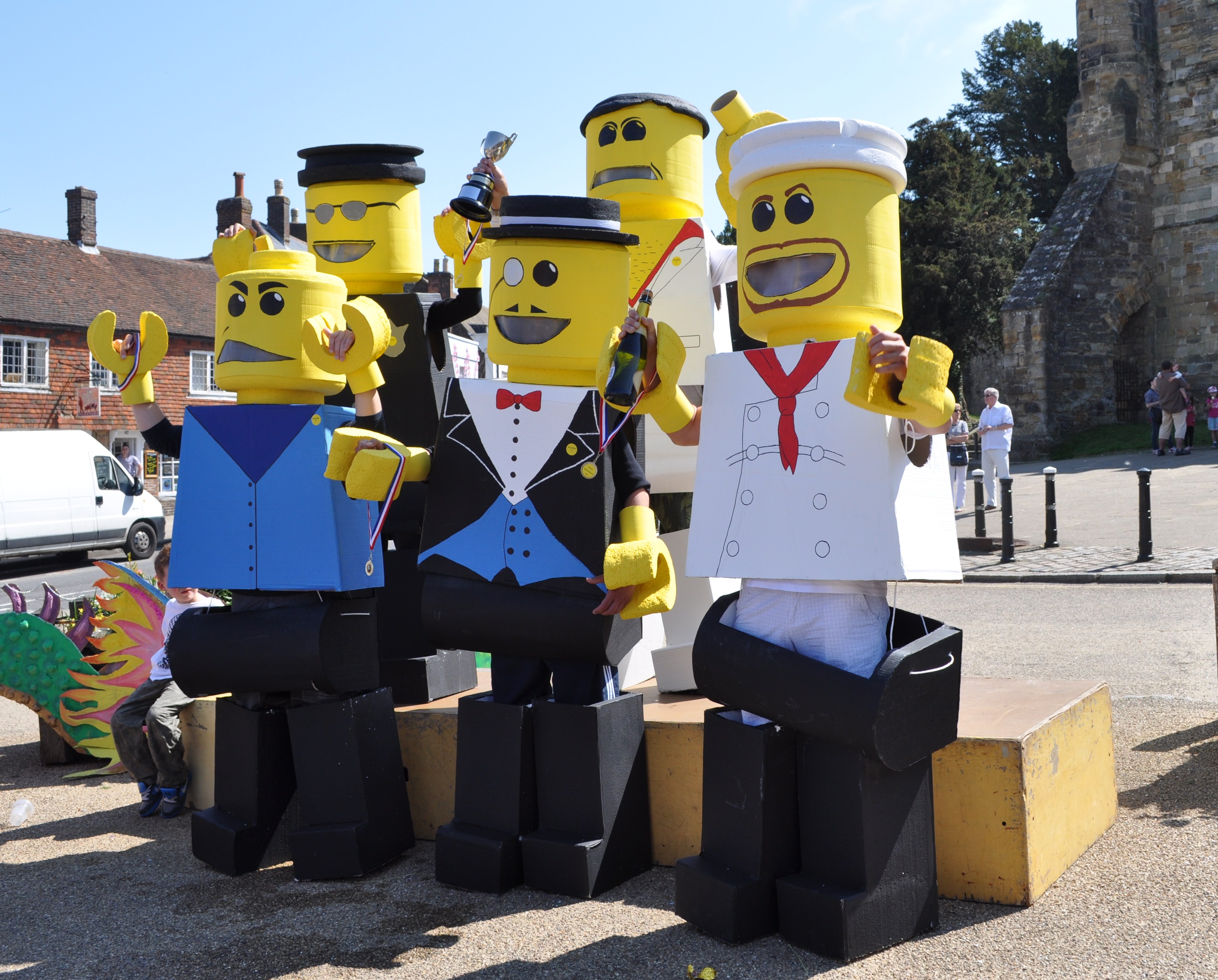 The five a day veg won the ladies fancy dress – and very well received was their trophy, I’ve never seen such a smiley sweetcorn. 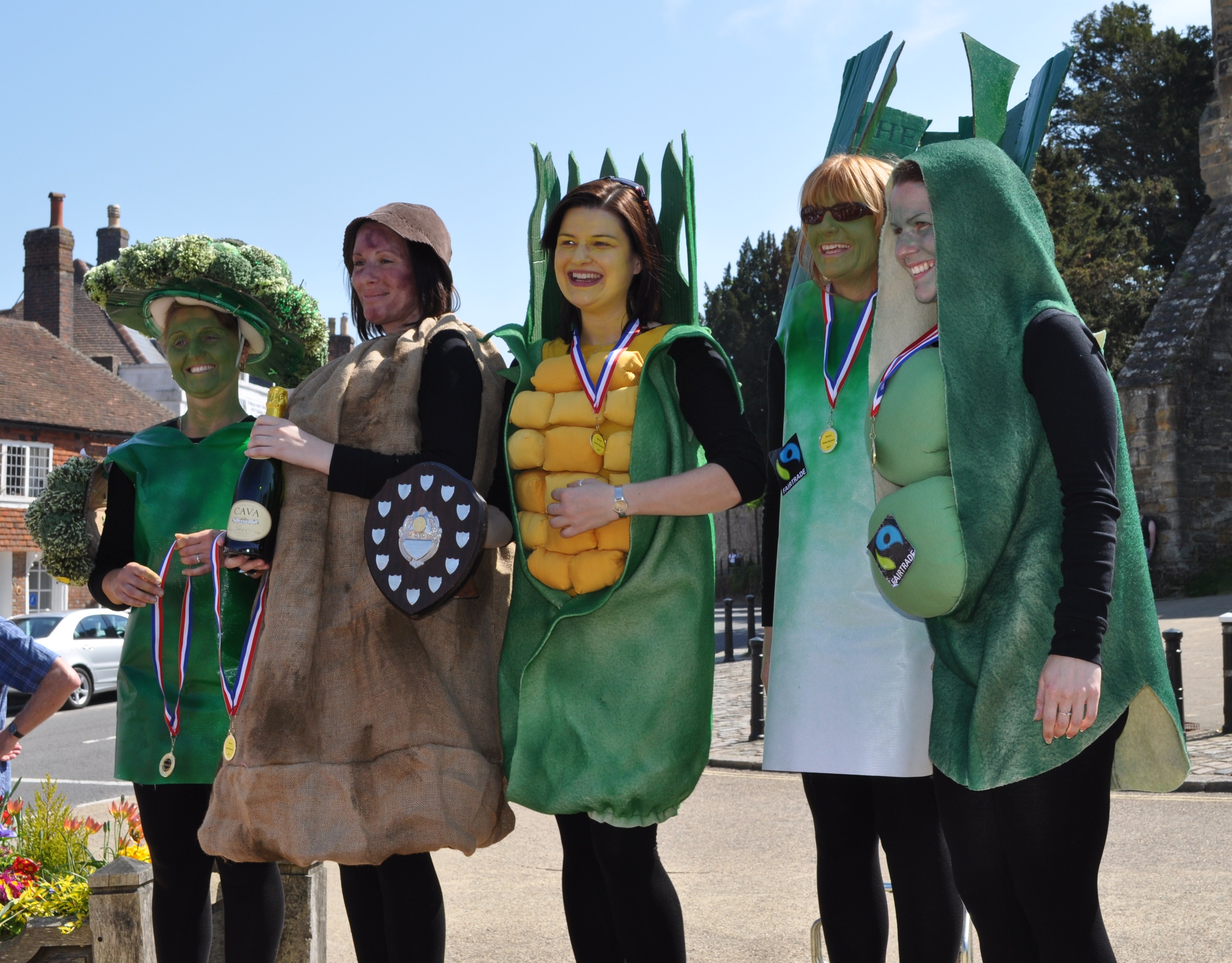 The children weren’t left out and took part in an Easter Bonnet parade in which they either proudly or shyly sported their handiwork. Everyone was a winner and each child was presented with an Easter egg in recognition of their (or their Mum’s) hard work. 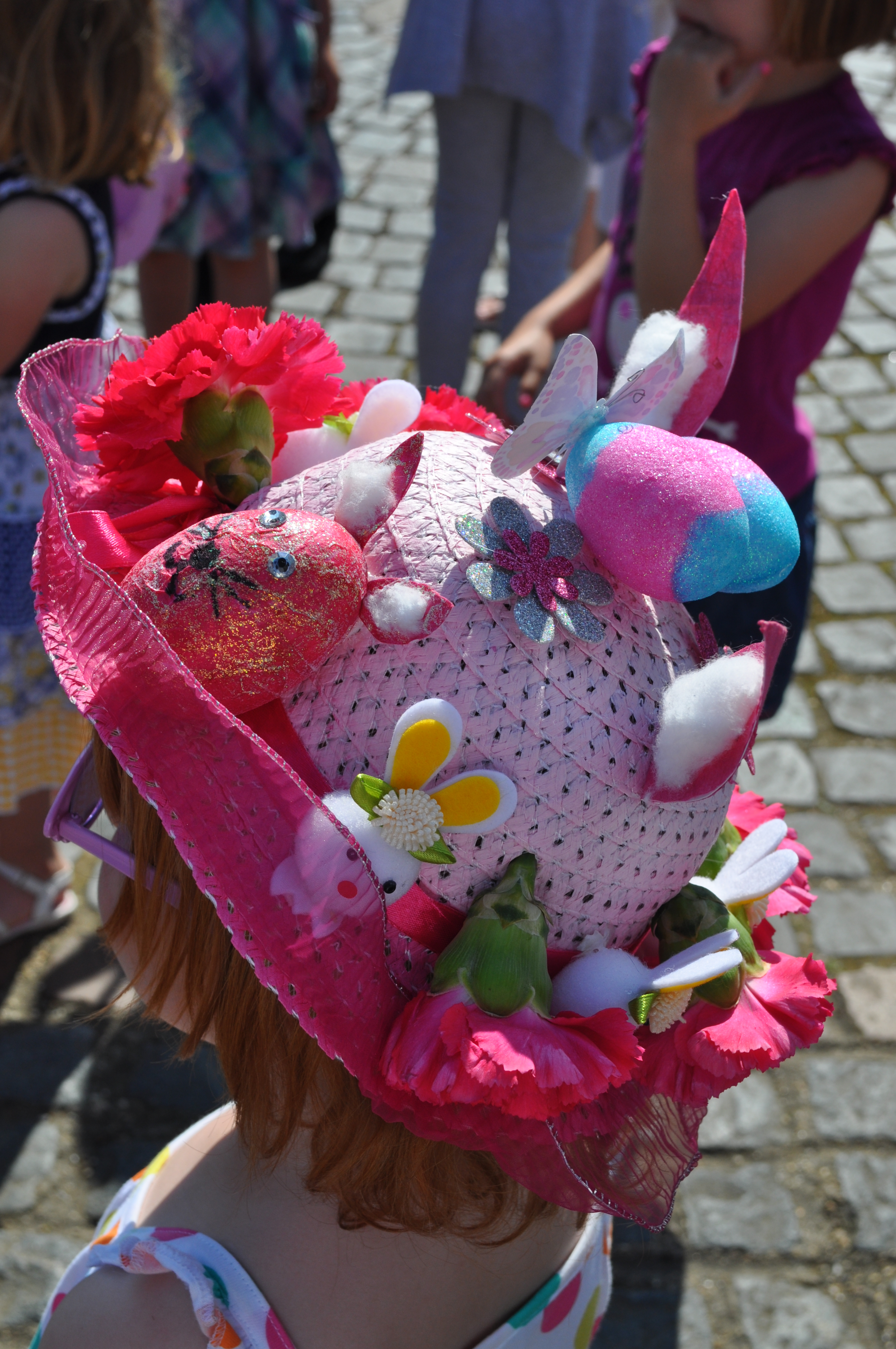 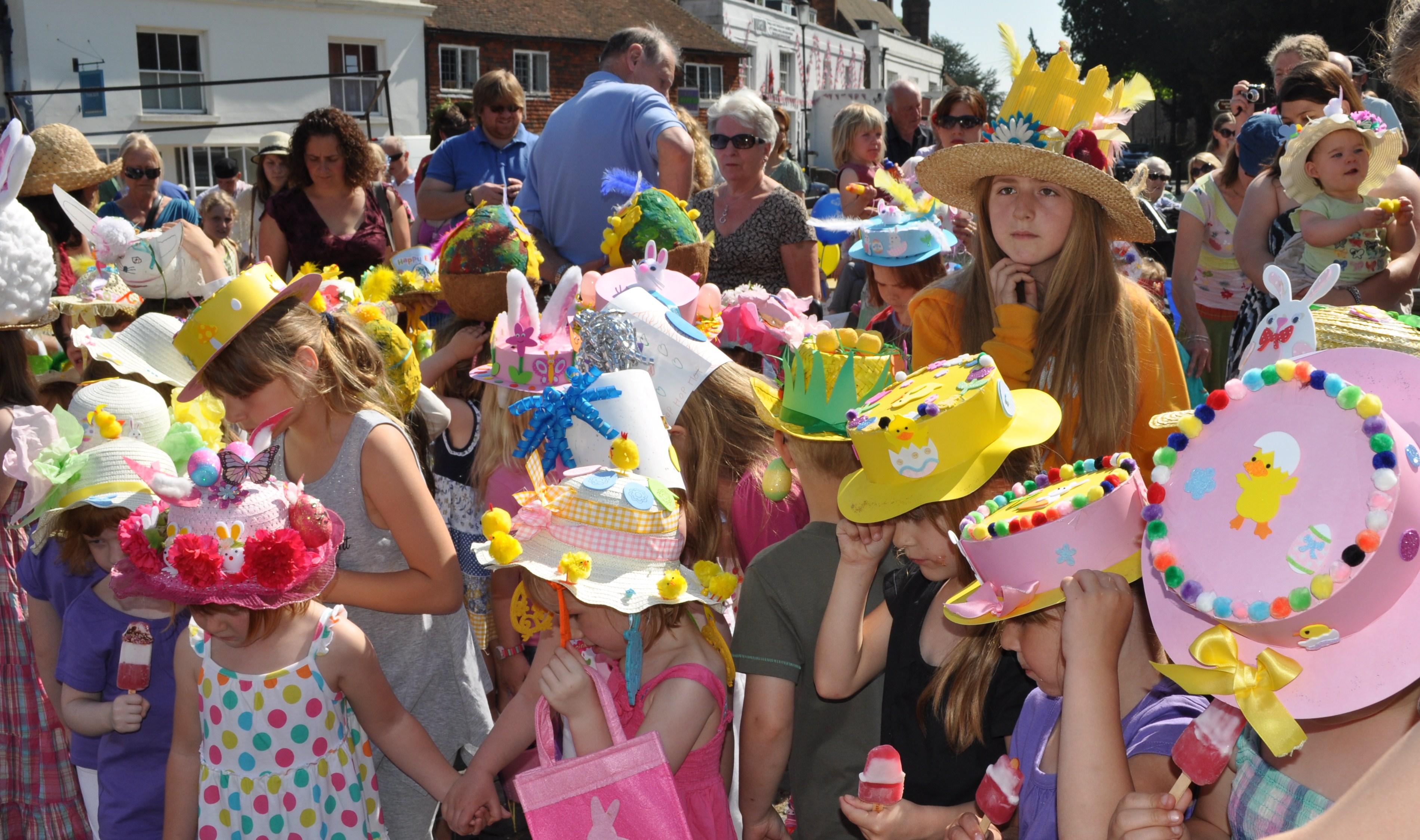 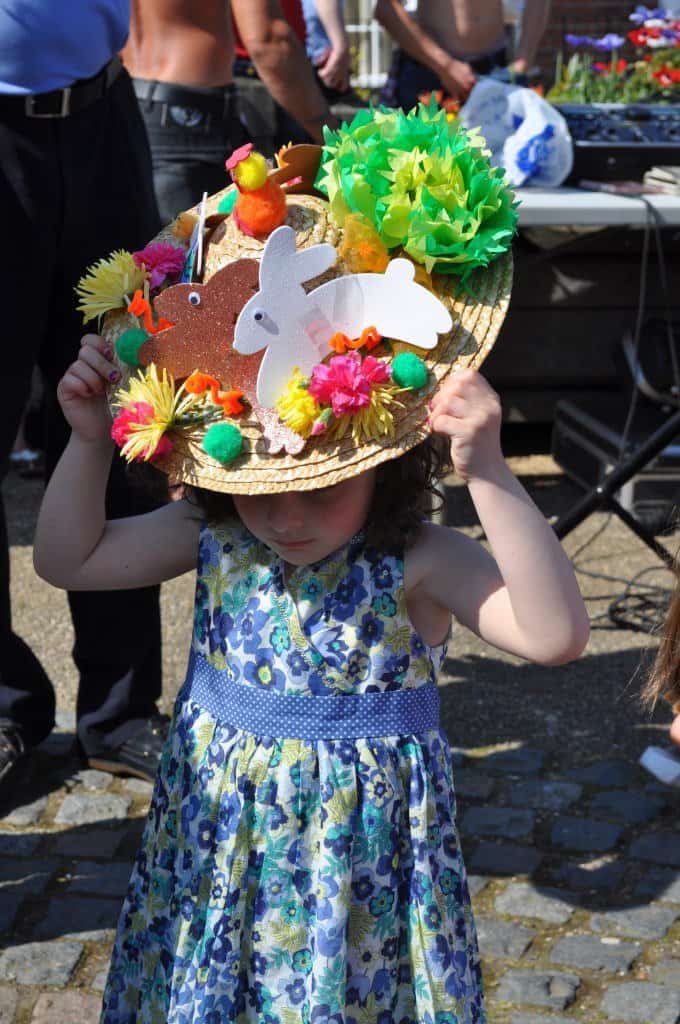 This was followed by the marble scramble where 1000 marbles were released, clattering into the bullring, a small cobbled area outside the Abbey. The marble scramble no longer runs due to health and safety rulings. 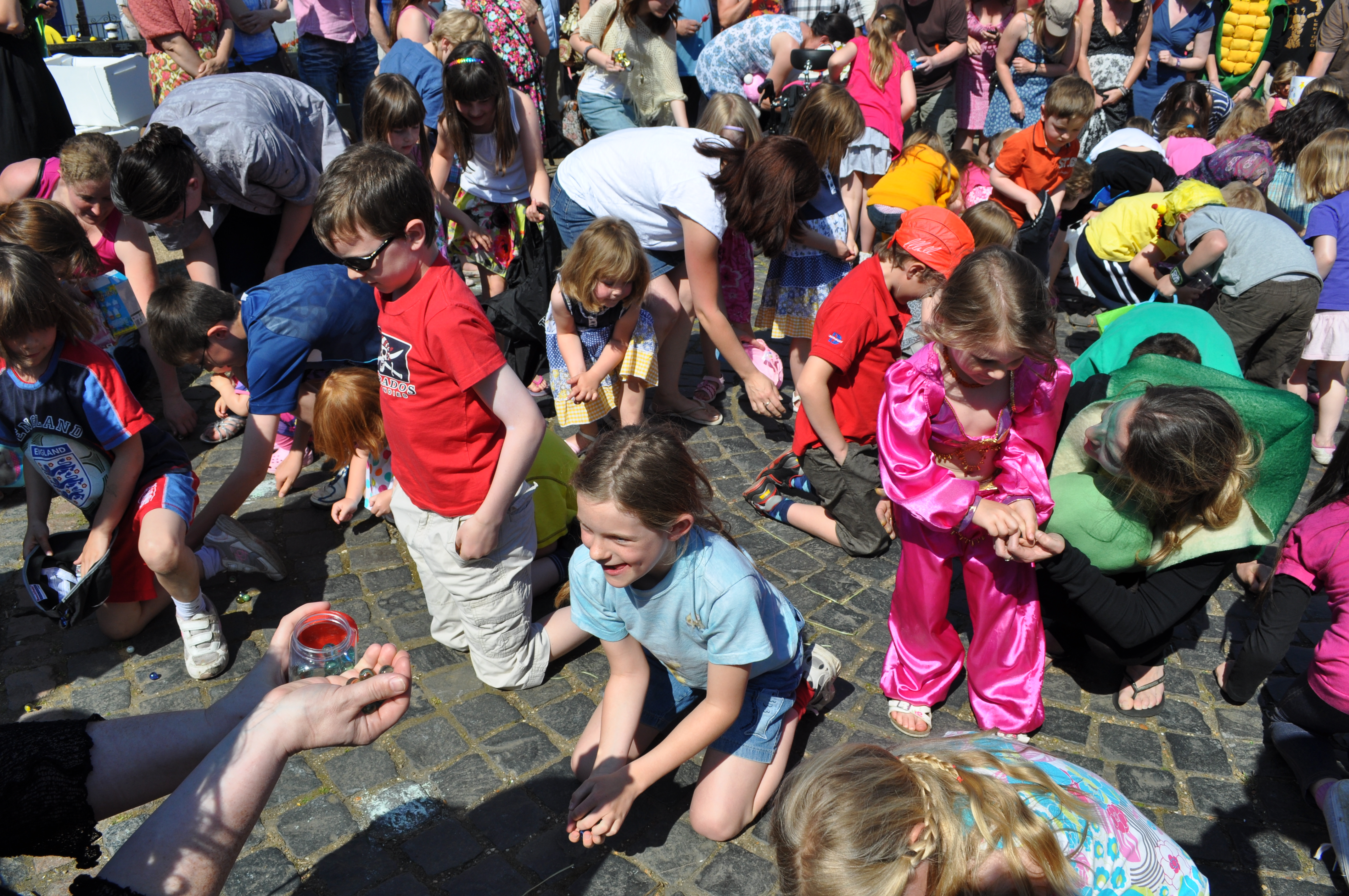 The children scurried around plucking at the little glass balls and collecting as many as their little hands could hold, although I did notice one savvy lad had brought a carrier bag with him. It’d be nice to think that the childrens’ marble scramble will encourage the Battle marbles teams of the future and keep this slightly mad but thoroughly enjoyable tradition rolling on.

Battle Marbles 2019 takes place on Friday 19th April. The competition ‘flicks off’ at 10:00 am, the children’s Easter Bonnet Parade takes place at 11:30 am – all children who enter will receive an Easter egg. Fancy dress cups and medals are presented at 12 noon.  The action all takes place on the Abbey Green outside Battle Abbey and if the weather is bad inside Battle Memorial Hall opposite the green.

Great pictures and loved the write up.

Great images of the Marbles Match - is there any chance we could use some of them for our site and for future marbles events please? If so, some jpegs would be good to have of the best ones.

No problem - let me know which pictures you'd like to use and I'll e-mail to you tomorrow - glad you like!